Roe is overturned. What happens next? 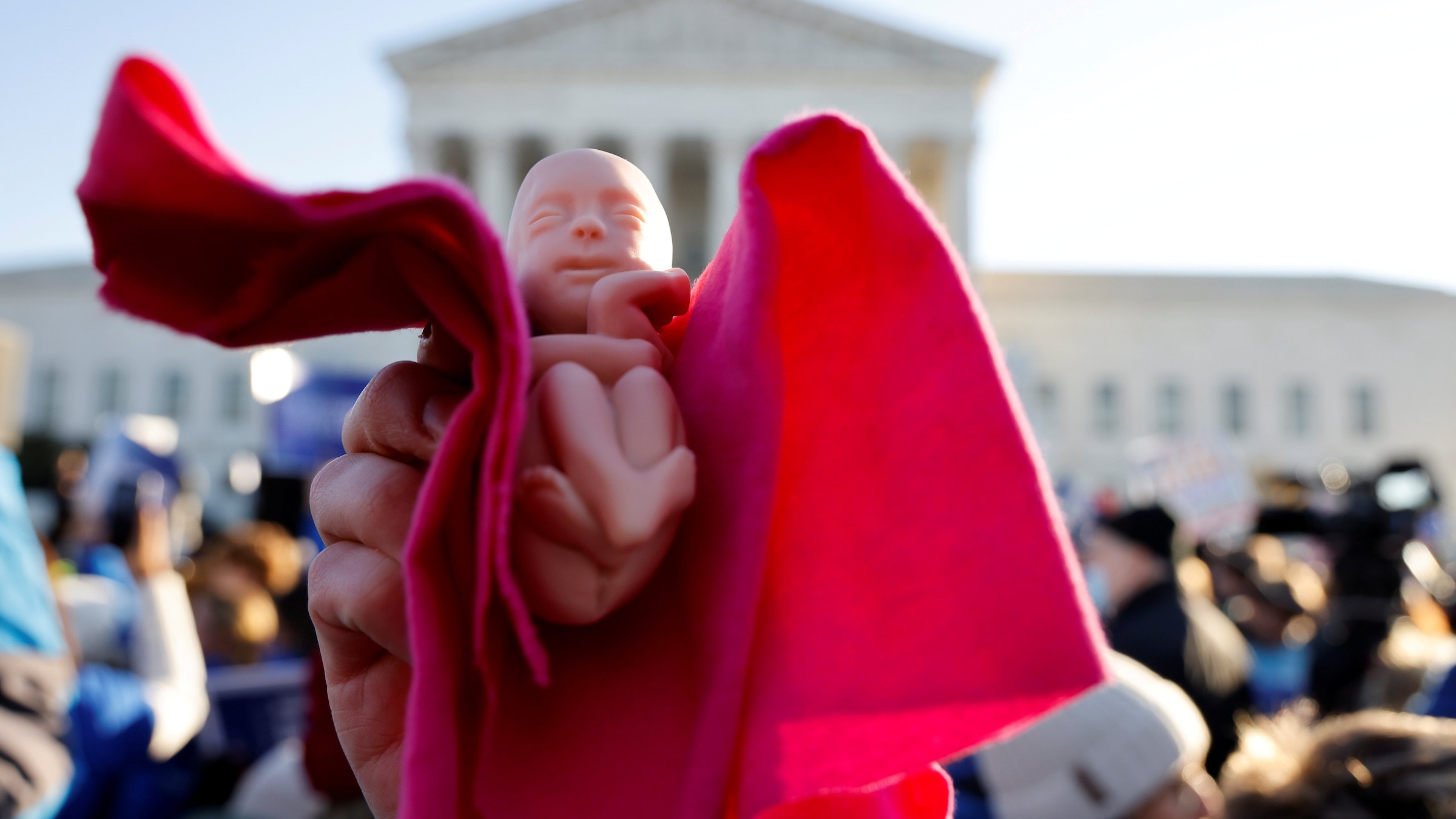 A pro-life activist holds a fetus doll during a protest outside the U.S. Supreme Court in Washington, D.C., on Dec. 1, 2021. (CNS photo/Jonathan Ernst, Reuters)

ST. LOUIS, Mo. (CNA) -- The U.S. Supreme Court on June 24 issued a 6-3 ruling overturning the seminal decisions of Roe v. Wade and Planned Parenthood v. Casey, with the immediate effect of returning the question of abortion policy to the states.

What other effects have already happened or will soon happen as a result of this decision? Here are three quick things you need to know:

In these states, abortion is now completely illegal, with a few exceptions:

In other states such as Arizona, Nebraska, South Carolina, West Virginia, and Georgia, lawmakers have passed pro-life measures such as bans on certain methods of abortion, bans on abortions done for eugenic reasons, and bans on abortion after a fetal heartbeat can be detected. Here’s a list of states with “heartbeat” bans (excluding those states that also have a total ban):

Several states in the country have passed laws to protect abortion within their borders.

Most notably, some states such as Colorado, Washington D.C., and New York allow abortion up until the point of birth. These states have passed some form of explicit protection for abortion:

In a few cases, state supreme courts has found a “right to abortion” in the state constitution:

In these states, the abortion landscape could be somewhat ambiguous, at least until the state legislatures act to make their statutes clearer:

New Mexico: Pre-Roe ban repealed in 2021, but not much else in its statutes governs abortion.

Michigan: 1931 pre-Roe ban is still on the books, though a court temporarily blocked it on May 17.

In terms of U.S. territories, the Penal Code of Puerto Rico prohibits abortion except to save the life of the mother. However, in 1980, the decision of the Supreme Court of Puerto Rico in the Pueblo v. Duarte case effectively made abortion legal at any point in pregnancy because of the broad interpretation of “the life and health of the woman” that it mandated. A bill currently under consideration in Puerto Rico would limit abortion until the 22nd week of gestation.

The decision promises to play a major role in the upcoming mid-term elections.

Abortion has the potential to be a major issue in the November elections in the U.S., but early polling suggests other issues such as inflation and other economic issues may play more of a role.

According to a December poll from the Associated Press/NORC Center for Public Affairs Research, cited by FiveThirtyEight, just 13 percent of Democrats named abortion or reproductive rights as one of the issues they wanted Congress to address in 2022. That number could be higher now

Some Democrats, including President Joe Biden, have already indicated that abortion will be a key issue in this year’s midterm elections, with Biden saying in a statement last week that “we will need more pro-choice Senators and a pro-choice majority in the House to adopt legislation that codifies Roe, which I will work to pass and sign into law.”

Plus, there is a chance that, in light of the Dobbs ruling, the Supreme Court could strike down a federal law attempting to codify abortion rights.