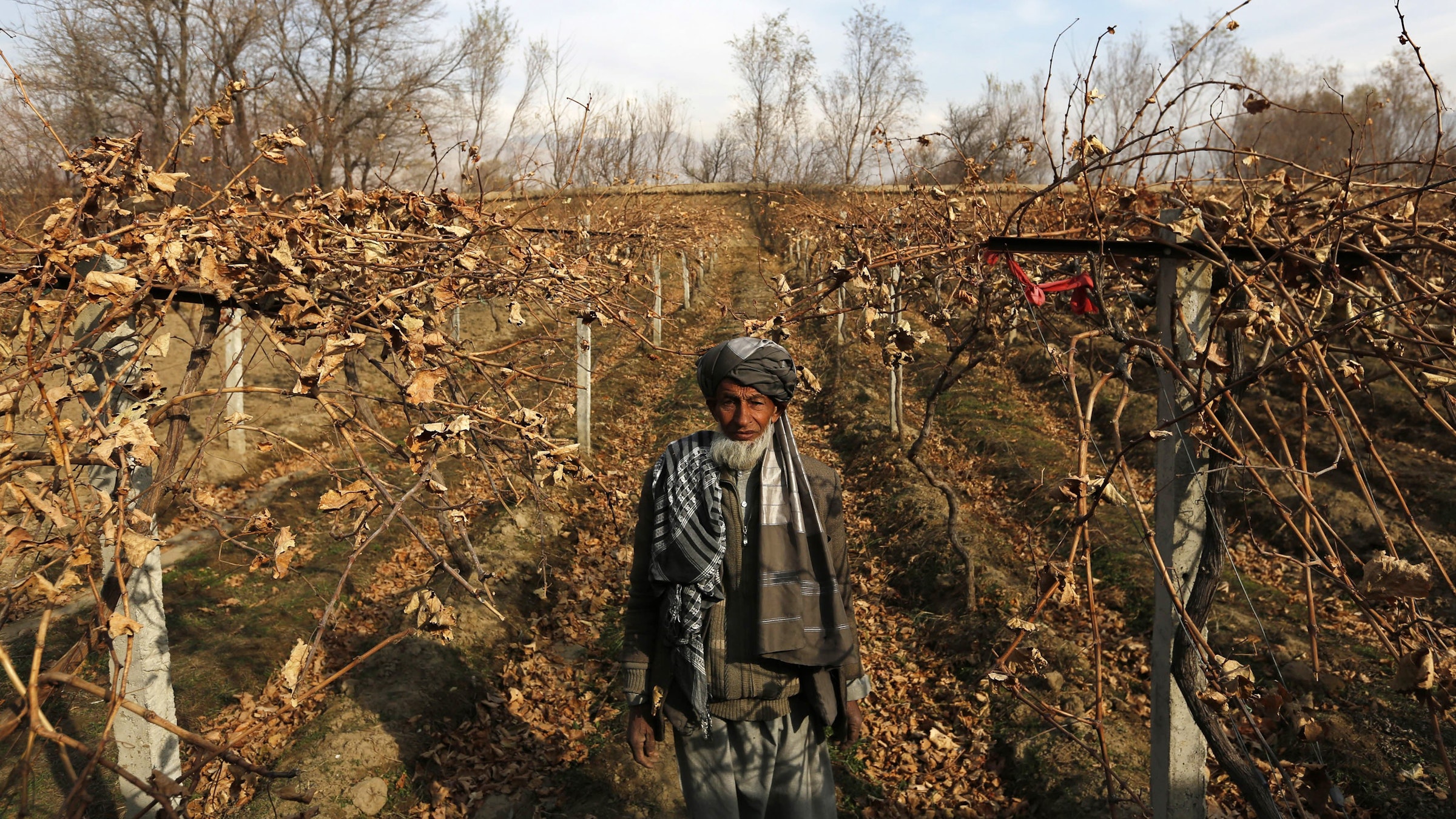 SAN FRANCISCO (CNS) ─ Roots of Peace founder Heidi Kuhn is on a deadline-driven, life-or-death mission to get her nearly 400 employees out of Afghanistan by Aug. 31.

The Taliban took over the organization's compound in Kabul Aug. 15.

President Joe Biden vowed Aug. 24 in a statement with G7 leaders to stick to the end-of-the-month deadline he set to complete evacuation of "Americans, third-country nationals and Afghans who were allies in the war."

In an Aug. 25 news conference, the Taliban announced that Afghans will no longer be able to leave the country.

Kuhn, a Catholic mother of four from San Rafael, California, launched rootsofpeace.org in 1997 to clear war-scarred fields in Afghanistan and other countries of land mines and convert them into life-sustaining farmland.

In Afghanistan alone, Roots of Peace has helped plant over 5 million trees, created over 100,000 full-time jobs and facilitated exports of fruits, nuts and spices to new markets that by 2020 valued $1.4 billion.

The Taliban's attack on the Roots of Peace compound in mid-August occurred as local workers began the year's harvest of grapes and other fruits of the vine.

In addition to working to secure the safety of her Afghan workers in Kabul, Kuhn and her organization are helping rural farmers throughout the country bring the harvest to market without interruption. The loss of the ready crops and resulting income would further devastate the country and its people, Kuhn said.

"This is a heartfelt reconnaissance mission," Kuhn said in an Aug. 24 call to Catholic San Francisco, news outlet of the Archdiocese of San Francisco. She was calling from an undisclosed location in the Middle East where she traveled with her husband, Gary.

"It has been a heartbreaking week to see Afghan mothers hand their babies over razor wire fences into the arms of unknown soldiers, as they seek safety among the masses trampling in fear at the airport," she said.

Kuhn said she and her organization pose a triple threat to the Taliban: She is American, she is female and she is Catholic. She fears for her staff, especially the women.

"We have just six more days," she said. "I haven't been able to get one person out. It's a sinking feeling to think I might not be able to do that."

Kuhn said she has a "sacred obligation" to help Afghans forced to flee their homeland. She is looking to lawmakers, religious leaders and the global Catholic community for decisive action, financial assistance and prayers.

In an Aug. 14 letter to Biden, Kuhn implored him to help Afghan civilians working for U.S. nongovernmental organizations escape the country.

Roots of Peace also is providing direct aid to over 500,000 internally displaced people in Afghanistan who are refugees in their own country.

Donations received at rootsofpeace.org are being used to buy food, clothing, tents and blankets for families displaced from their homes in the Taliban takeover.

"We really need donations," she said when asked how Catholic San Francisco readers can help. "I've never asked for that before, but I'm asking now for the sake of thousands of frightened families suddenly on the streets in Afghanistan."

"I'm asking for backup from the Catholic community," she said.

In an Aug. 25 statement, San Francisco Archbishop Salvatore J. Cordileone said he would "ask all of our national political leaders to do whatever they can." He noted he has made a personal donation to Roots of Peace and urged others do the same.

"The crisis unfolding in Afghanistan as we speak is unspeakably sad and horrifying," the archbishop said. "It is also unspeakably urgent that we call in solidarity for action by the U.S. government to protect these people."

"For all Catholics," he added, "I am requesting your urgent prayers to Our Lady of Sorrows on behalf of these workers (with Roots of Peace). This is just one tragedy of many that will unfold as Christians along with Muslim Afghans who worked with Americans are targeted by the Taliban."

He also called for prayers for school students from the Cajon Valley School District in Southern California "who traveled for a summer experience in Afghanistan, relying, one supposes, on the well-meaning reassurances that all would be well. They are now trapped according to reports in the media."

The Los Angeles Times and other media outlets are reporting that more than 20 students and 16 parents and chaperons from the district in El Cajon, California are among the thousands of people who are waiting to leave the country amid a chaotic U.S. withdrawal and political unrest.

"Personally, this starts to hit close to home for me as I have four cousins who attended schools in the Cajon Valley School District years ago," Archbishop Cordileone said.

"I ask for your prayers that these American children will be rescued from grave danger, along with their parents and chaperons. In dark and dangerous times, Christ Jesus gives us the courage to hope," he added.

On Aug. 26, at the Kabul, Afghanistan, airport, where the U.S. military members and others continued to evacuated people amid ongoing chaos, two explosions ripped through the crowd gathered just outside the airport.

In Washington, Pentagon spokesman John Kirby announced at 1 p.m. (EDT) that were dozens of fatalities but he did not give a number. Early news reports said that among those killed were four U.S. Marines, but later reports put the number at 12 U.S. service members -- 11 Marines and one Navy medic. There were no details about how many Afghans and other civilians were killed.

Gray is associate editor of Catholic San Francisco, the news outlet of the Archdiocese of San Francisco. Contributing to this story was Julie Asher in Washington.