South Sudan bishop: Continuing attacks in the country will not stop papal visit 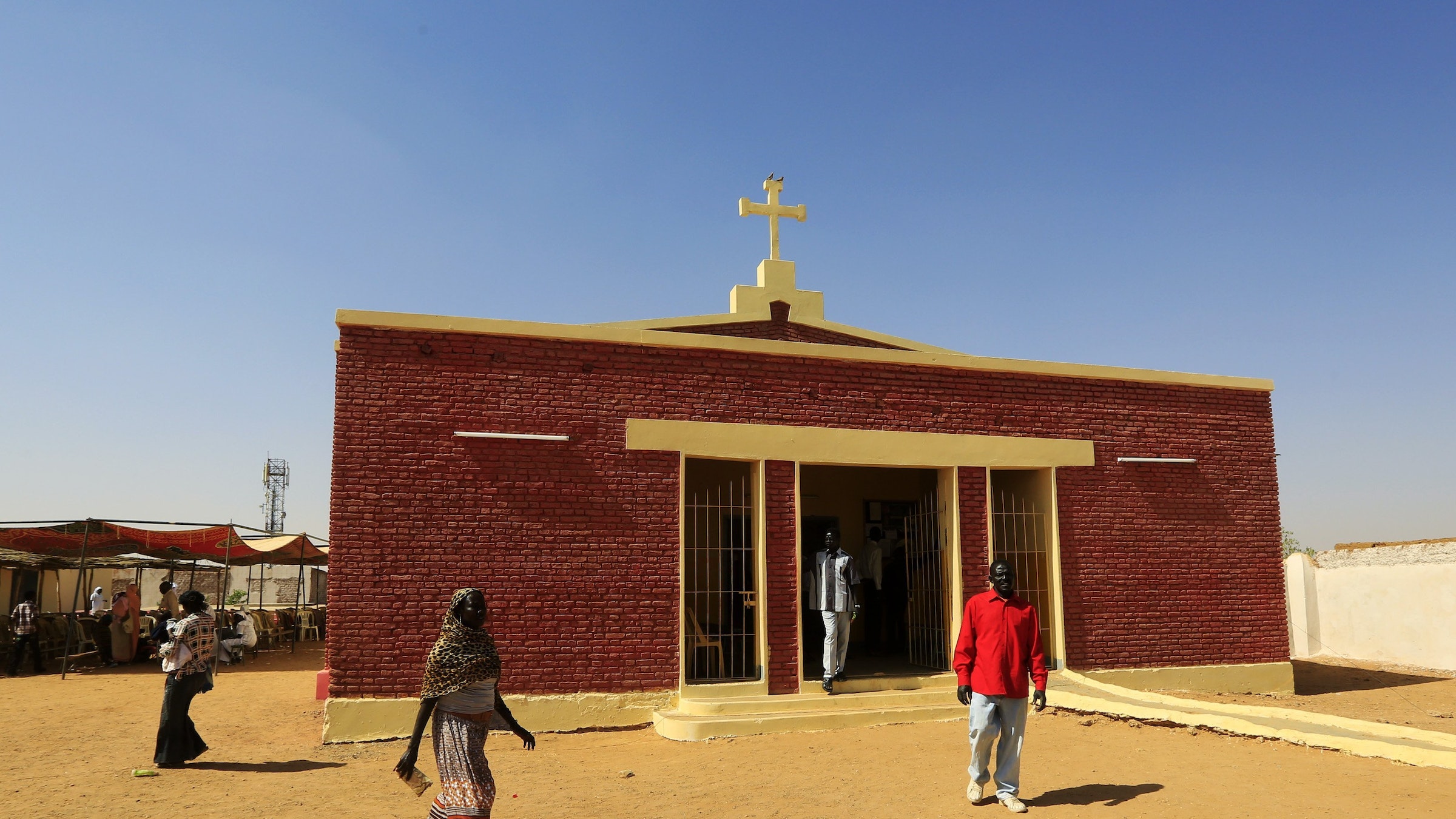 South Sudanese living in Sudan are pictured in a file photo walking near a Catholic Church in Omdurman, Sudan. Catholic bishops in South Sudan and Sudan have urged their faithful to pray for Pope Francis' upcoming visit, while welcoming the pilgrimage as a blessing in a difficult year. (CNS photo/Mohamed Nureldin Abdallah, Reuters)

MALAKAL, South Sudan (OSV News) -- As Pope Francis prepares to travel to South Sudan at the beginning of February, a Catholic bishop in the country has described the visit as "extremely crucial" for peace and stability in the region where deadly interethnic clashes continue to ignite.

In what is called the Ecumenical Pilgrimage of Peace, Pope Francis will visit South Sudan's capital, Juba, along with Archbishop Justin Welby of Canterbury and the Rev. Iain Greenshields, moderator of the General Assembly of the Church of Scotland, from Feb. 3-5. The pontiff will first travel to the Democratic Republic of the Congo (DRC) Jan. 31-Feb. 3.

The leaders had been expressing their desire to visit the world’s youngest nation where Christians are the majority. The country gained its independence in 2011, but barely two years into it, a political dispute triggered a deadly conflict. By the time it ended following a peace deal in 2018, an estimated 400,000 people had been killed. While large-scale fighting has ended, deadly interethnic clashes and militia attacks still continue.

Bishop Stephen Nyodho Ador Majwok of Malakal, South Sudan, said the visit has special significance for him and the faithful, and he expressed distress over the deplorable conditions of the displaced people in the areas hit by clashes.

"This visit has a great meaning for us. (The) Malakal Diocese is most affected and needs the peace most. So, the visit has a particular meaning to me as the bishop," the prelate told OSV News in a telephone interview Jan. 19.

"I have just returned from the area where the people are most affected. What they need is peace, so that they can go back," he said of those that were displaced because of the conflict.

Bishop Majwok said the country’s people are yearning for peace and stability so that they move around freely in any part of the country, leave the camps and return to the villages.

"We have 2 or 3 million people out of South Sudan. They need to come home. These are refugees," he said.

Church leaders in South Sudan say the papal visit will encourage peace and reconciliation, and demonstrate the universal church’s solidarity with the country. It is also expected to encourage political leaders to choose peaceful resolutions.

The bishop stressed that the fact the apostolic trip is ecumenical also helps in maintaining peace.

Father John Gbemboyo Joseph Mbikoyezu, the coordinator of the Sudan Catholic Bishops’ Conference, said the preparations for the visit were on schedule, with the renovation of churches and roads complete, choirs prepared and the arrangements to broadcast the visit live being made.

According to the priest, the pope is on a pilgrimage as a member of the universal church to see the progress of peace.

"In other words, it could be a moment of accountability for what the leaders have done in regard to peace," he said.

In a rare and stunning gesture after a retreat at the Vatican in April 2019, the pope knelt and kissed the feet of the leaders of South Sudan’s government and its opposition, as he encouraged them to strengthen the country’s peace process. The pope had asked President Salva Kiir and Reik Machar, a former opposition leader, to proceed with the implementation of a peace agreement they had signed the previous year despite the difficulties.

"I am asking with my heart," Pope Francis told them. "Stay in peace."

Meanwhile, Archbishop Marcel Utembi Tapa of Kisangani, the chairman of the bishops’ conference in the DRC, which the pope will visit just four days ahead of South Sudan, is a great opportunity for the people of faith to meet the pontiff, a spiritual leader not only for Catholics but also other Congolese people.

"The pope comes to encourage us. We hope his words will move us toward unity, peace and security. That’s how we see it," said the archbishop.

In both countries red security flags have been raised because of serious threats such as the attack on a Pentecostal Church in Kasindi in eastern DRC Jan. 15. The Islamic State claimed responsibility for the attack, which left at least 17 people dead and another 60 injured.

Archbishop Tapa condemned the attack, urging people to be more vigilant, asking for international help, and crying out to the militias to drop their arms. "They cannot continue killing, and taking life, which is a gift from God," he told OSV News.

At the same time, Archbishop Tapa said the continuing attacks in the east of the country will not stop the papal visit.