Spanish Dominicans to be beatified as Civil War martyrs 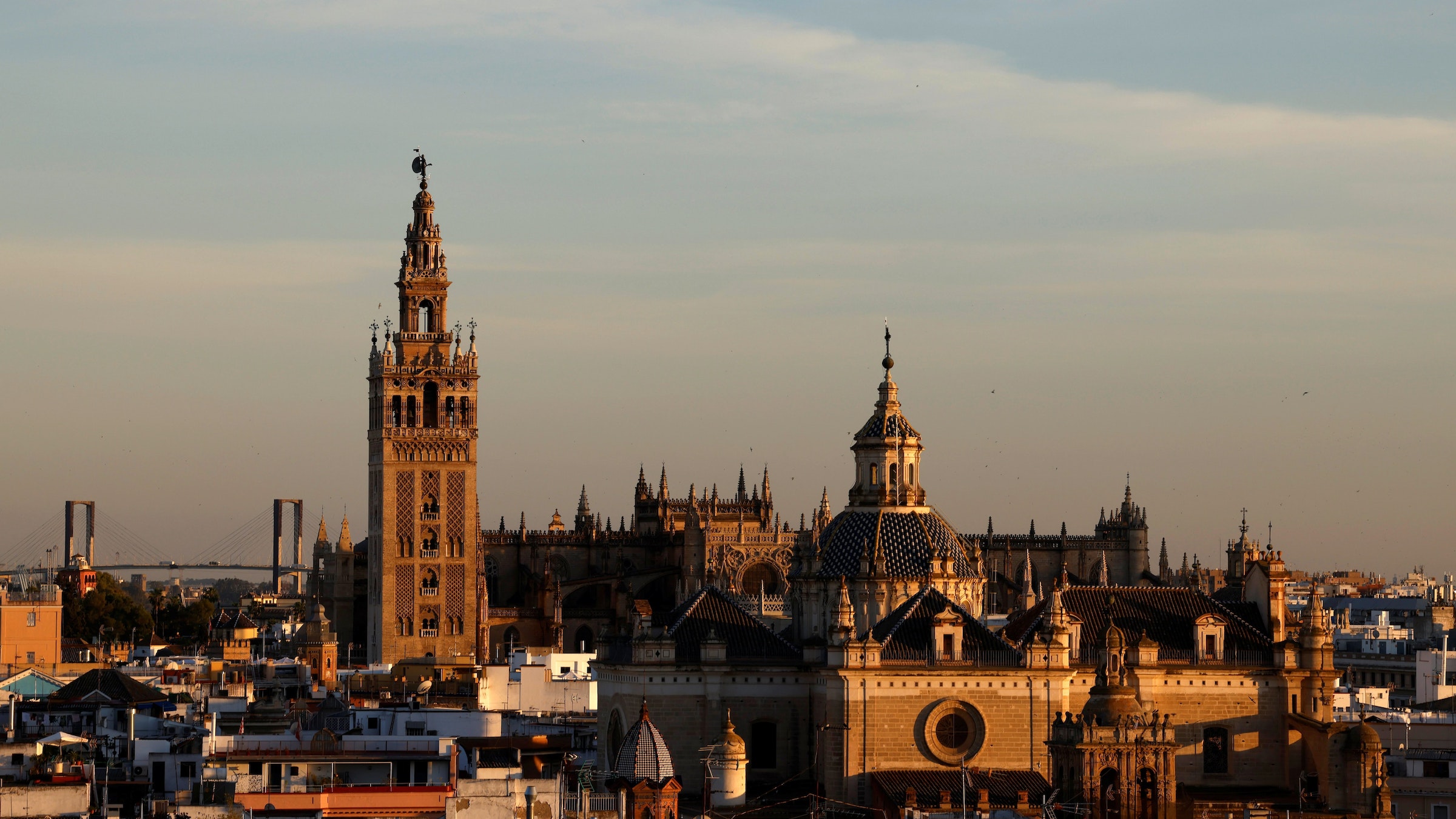 The Giralda tower and the Seville Cathedral are dominant landmarks in Spain, in this photo taken May 19, 2021. Sister Ascensión de San José, an elderly nun whose head was crushed with a boulder during Spain's 1936-1939 Civil War, is to be beatified as a martyr with 26 male Dominicans in the cathedral June 18, 2022. (CNS photo/Marcelo del Pozo, Reuters)

SEVILLE, Spain (CNS) -- An elderly nun whose head was crushed with a boulder during Spain's 1936-1939 Civil War is to be beatified as a martyr with 26 male Dominicans in Seville cathedral.

"Showing an extraordinary adherence to the faith and forgiveness for their killers, these martyrs met a premature, inhuman death -- they can now rejoice in the glory of eternal light," Spain's Dominican order said in a statement.

"The sociopolitical situation that arose in Spain before and during the war period is historically known, as is the climate of persecution that republican militiamen exerted against all professing membership of the Catholic Church, whether consecrated or lay. This was the context, poisoned by ideological prejudice and psychological and physical violence."

The statement was published ahead of the June 18 beatification of Sister Ascensión de San José (1861-1937) and three groups of Dominicans martyred during the four-year conflict.

It said the nun had been noted for a "childlike simplicity and innocence that enchanted everyone" after joining the Huéscar convent from a large farming family. It added she had suffered lifelong ill health "with great patience and love."

The statement said she fled the convent with 13 other nuns when it was looted in August 1936, but was arrested, age 76, the following February for wearing a crucifix. Refusing calls to blaspheme in the town hall dungeon, Sister Ascensión had her head crushed at Huéscar's cemetery by jeering militia, who shot other prisoners at the same time.

A group of Dominicans at Almagro were beaten by republicans while attempting to save their Madre de Dios church from being burned in July 1936, just days after fighting began against the army of Gen. Francisco Franco.

Though offered safe conduct by the town's republican mayor, several were shot during the evacuation by train to Cuidad Real, while others were taken from Manzanares prison and executed at the local cemetery.

Dominicans from Almería's forcibly closed Sanctuary of the Virgin of the Sea were rounded up while sheltering with family members and shot in two batches after torture in local prisons.

"The only reason for their death sentence, imposed without any trial, was their status as Christians and consecrated persons," the Dominican statement said.

"Unjustly and arbitrarily identified as 'enemies of the people,' their physical elimination was preceded by acts of desecration and insult intended to create a climate of terror across the population."

More than half the Dominicans were in their 20s, including Santander-born novice Sebastián Sáinz López, who was 21 when shot, and Fernando García de Dios, a former altar boy, who was 20.

The oldest, 62-year-old Father Natalio Camazón Junquera, who had studied theology at Salamanca and ministered as a catechist in Seville and Cádiz, was unable to preach and hear confessions because of deafness and had run the order's Santísimo Rosario publishing house.

The martyrs include a married lay Dominican and father of four, Fructuoso Pérez Márquez, a noted journalist on newspapers in Almeria and Madrid, who was arrested at home in July 1936 and taken to a prison ship, before being shot and buried on La Garrofa beach.

The June 18 Mass, which was to be celebrated by Cardinal Marcello Semeraro, prefect of the Dicastery for the Causes of Saints, will bring to 2,112 the total of Catholic martyrs beatified or canonized from the Spanish Civil War, which saw 2,000 churches destroyed and up to 8,000 clergy killed, along with tens of thousands of lay Catholics.