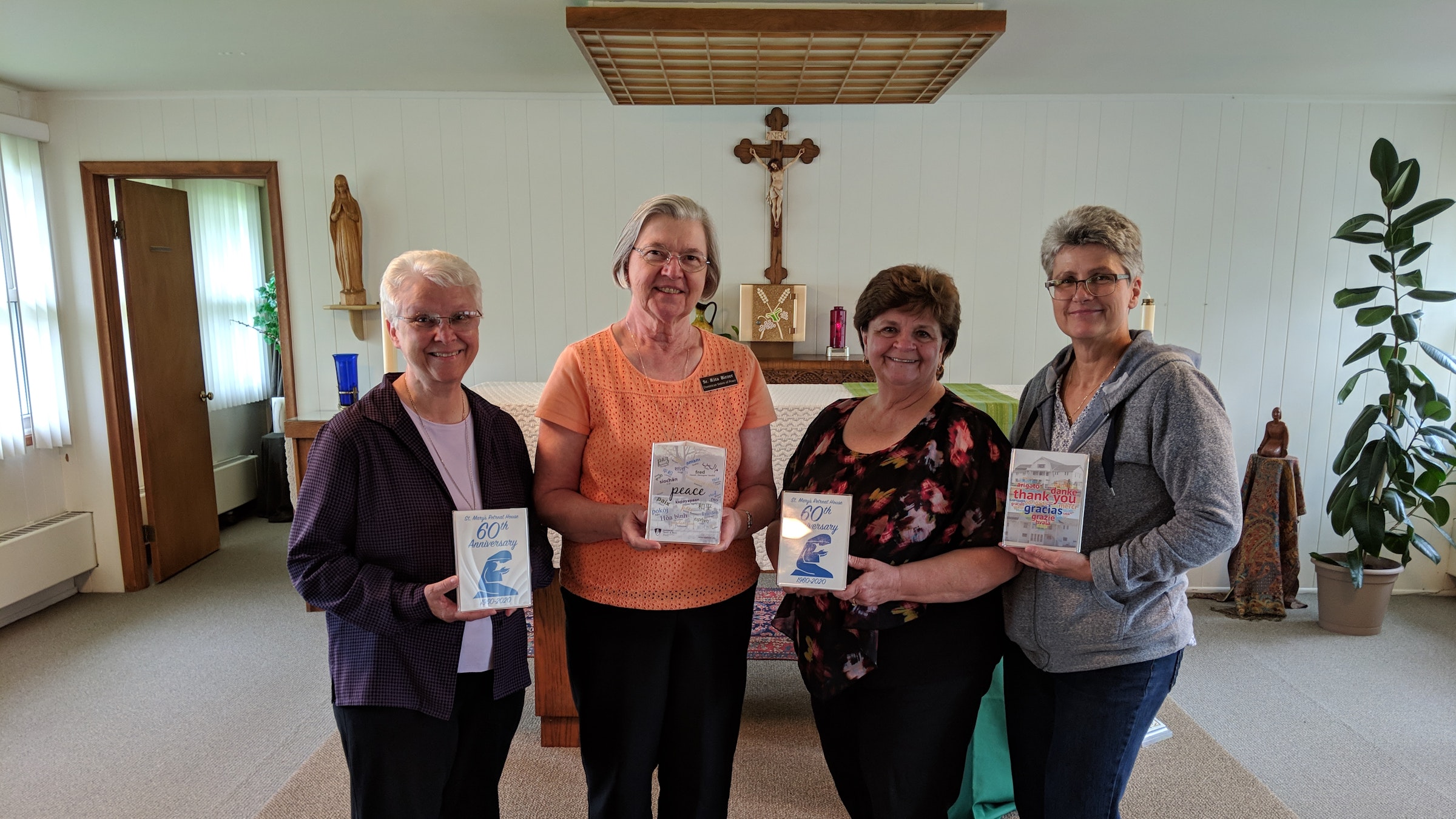 Dominican Sisters of Peace in talks to sell 80-acre complex in Oxford, bringing decades of tradition to a close

OXFORD — The 60th anniversary of St. Mary’s Retreat House is bittersweet as its staff and retreatants have recently learned there will likely not be a 61st anniversary.

The Dominican Sisters of Peace who run the retreat house learned Sept. 7 that their order has decided to sell the 80-acre complex on Drahner Road, including the retreat house, the motherhouse and other buildings, as too few sisters were living there to justify the expense. There is a potential buyer for the parcel, but details are not yet available.

St. Teresita Lipar, OP, who has served at the retreat house since its start, recalled how it began in an old cow barn. The building was renovated to create 62 rooms with the intent of starting a girls’ summer camp. The camp never materialized, but the late Loretta Okoniewski, a parishioner at St. Lawrence in Utica, arranged to bring a group for a retreat, the start of an annual tradition that quickly spread to other parishes and groups.

Today, the retreat house hosts 10 retreats sponsored by the Dominican Sisters of Peace and 20 hosted by other groups, both Catholic and non-Catholic. Retreatants still stay in the same facility, which is spacious and comfortable, having been continually refurbished and updated through the years, including recently installed new windows.

“It’s like coming home,” said Zora Dziurman of the St. Mary Retreat House League, who has made an annual retreat every year since 1990. “I walk in the door and say, ‘Sister, I’m home!’ It’s like that for a lot of people.”

While many orders handle registrations and invitations from a central office, St. Mary's Retreat House relies on volunteers to get the word out about its events and programs, said director Sr. Rita Birzer, OP.

Once retreatants arrive, they appreciate the sense of peace that permeates the retreat house, Sr. Birzer said. “Our gift is hospitality,” she said. “It shows in everyone here.”

Dziurman agrees, noting that the staff continually goes “over and above for everybody,” including recently making a late-night run for denture adhesive when a retreatant forgot to bring hers.

While retreatants grow in their love of God, the five retreat house staff members also grow by interacting with the retreatants.

“There are a lot of individual conversations that I love,” Sr. Birzer said. “In the dining room, the one-on-one sharing is so important.”

Kim Maul, the retreat house’s administrative assistant said, “I just like to sit back and watch God work. A lot of times people will come in stressed out and grumpy but by the end, they’re asking if they can help out, so they can stay longer.”

Dziurman noted that the retreat tradition has passed from generation to generation. Ann Weingartz, the daughter of Okoniewski, has been on retreats to honor her late mother, who organized the first retreat.

“To walk in the same footsteps her mother did, in the same house, that’s really a great moment,” Dziurman said.

This year’s retreat groups will be marking the end of an era in various ways during their retreats. The dining room centerpieces commemorate the 60th anniversary, and Maul has created two large collages containing hundreds of photos depicting the retreat house’s history.

While many are grieving the loss of a tradition, Sr. Birzer encourages people to “look at the blessing of 60 years.”

Sr. Lipar agrees. “Nothing lasts forever,” she said. “We wouldn’t want everything to stay the same forever.”

Indeed, the Dominican Sisters’ property has endured many changes over the years. Where there used to be a novitiate, a second retreat house (most recently run by the priests of the Miles Christi religious order) and a Dominican Academy girls’ school, today only the retreat house, the motherhouse and two homes remain. The retreat house and motherhouse will close around Palm Sunday next year.

Sr. Lipar has already moved to Lourdes Senior Community in Waterford, which is also owned by the Dominican Sisters of Peace. Sr. Birzer also plans to move there. The order has eight communities nationwide.

To prepare for the transition, the sisters at the Oxford property have begun distributing religious artwork and books, and Mass vessels and vestments will be given to the Archdiocese of Detroit.

The sisters still plan to present their annual fall fundraising dinner Nov. 3 at Club Venetian in Madison Heights. The event includes gift baskets and “Share the Wealth” raffles and will feature Michael Russo presenting the “Stars of Doo-Wop and Rock ‘n’ Roll.” Tickets cost $37 per person with proceeds going to the Dominican Sisters of Peace. Some of the funds raised will support scholarships for those attending the remaining scheduled retreats. (For more information, call Dziurman at (586) 482-6092.)

The sisters are still considering whether to host the popular Ladies’ Tea in February, which typically draws 120 people. An annual dinner and bingo event that usually takes place in April has been canceled.

Despite the bittersweet ending during a milestone year, Sr. Birzer and Sr. Lipar remain upbeat and grateful to all who have helped them through the years.

“God has sent us administrative officers with special gifts,” Sr. Lipar said. “They have a charism that attracts all those who come here ... This is holy ground. We’re really blessed with 60 years of God being here.”