Supreme Court says abortion drugs must be obtained in person, not by mail 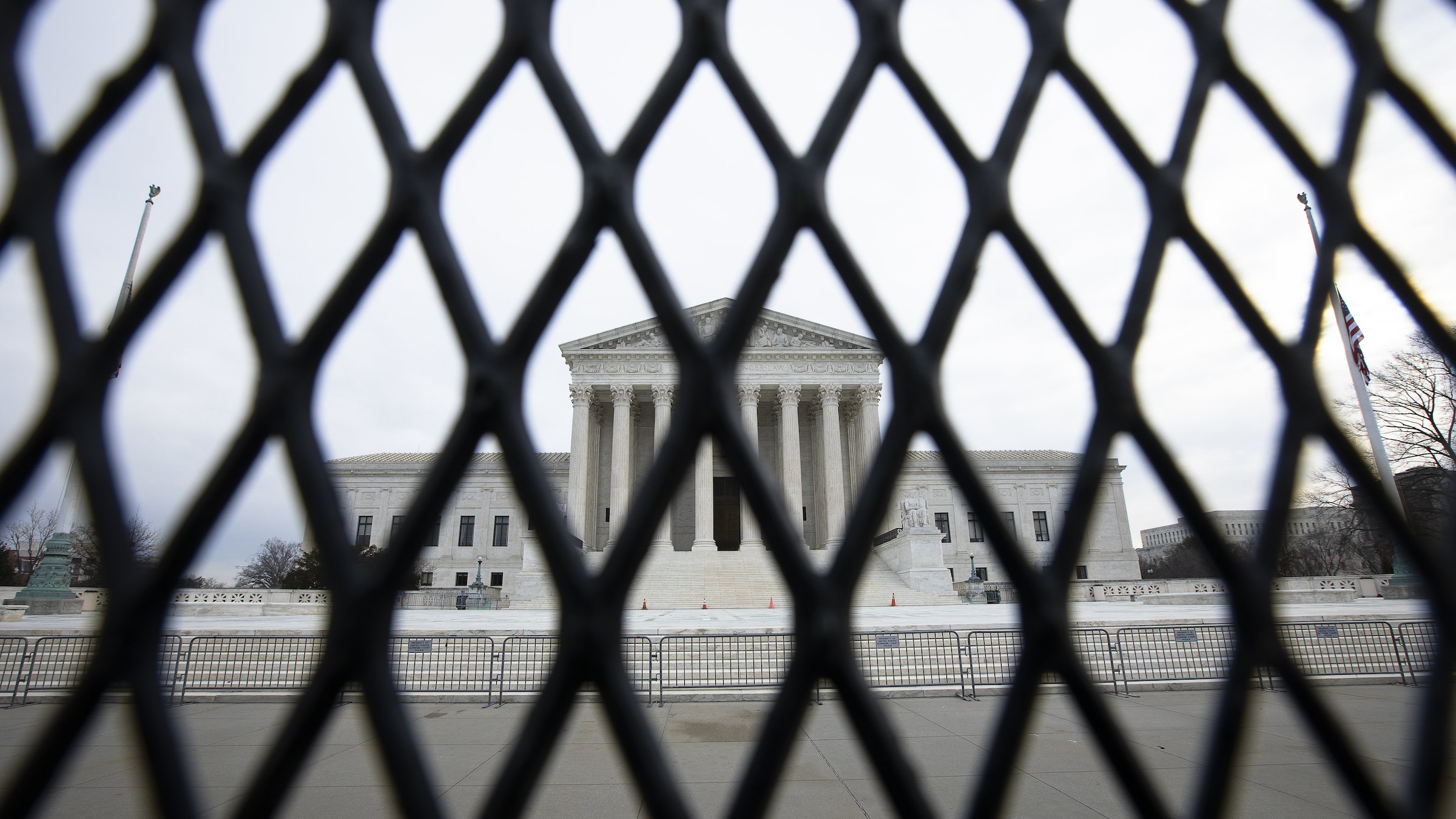 The Supreme Court has ruled women must follow previous Food and Drug Administration requirements that they had to visit a doctor's office, hospital or clinic in person to obtain Mifeprex, the brand name for mifepristone, also called RU-486, which is used to end pregnancies during the first 10 weeks. (CNS photo/Tyler Orsburn)

WASHINGTON — The Supreme Court Jan. 12 reinstated a federal requirement that women who are seeking abortion-inducing drugs must do so in person, not by mail, as a federal judge had allowed last year due to the pandemic and the high court had let stand.

In its 6-3 order, the justices said women must follow previous Food and Drug Administration requirements that they had to visit a doctor's office, hospital or clinic in person to obtain Mifeprex, the brand name for mifepristone, also called RU-486, which is used to end pregnancies during the first 10 weeks.

FDA regulations initially required patients to receive the drug in person after signing a form acknowledging risks associated with it.

Carol Tobias, president of National Right to Life, said in a Jan. 12 statement that she was "pleased that the U.S. Supreme Court recognizes the serious nature of chemical abortions and the need for the FDA to have protocols in place to protect women from potentially life-threatening and devastating side effects."

Catholic Church leaders have been vocal in their opposition to this drug since it was given FDA approval in 2000 and in 2016 when the FDA relaxed rules for its use, saying it could be administered with fewer visits to a doctor.

The question about how women can obtain these drugs started with a challenge to requirements for their distribution made last year by the American College of Obstetricians and Gynecologists. The group argued the in-person visits to obtain these pills during a pandemic violated the Constitution by creating a substantial obstacle to women being able to get an abortion.

Instead, he said, the pills could be sent by mail during the pandemic.

The U.S. Court of Appeals for the 4th Circuit rejected the FDA's request to put this ruling on hold and the FDA took the case to the Supreme Court, which declined to take it up last October. The justices suggested the FDA go back to the District Court to ask the judge to modify or freeze his order and on Dec. 9, Chuang issued a new order denying the FDA's request.

Less than a week later, the FDA came back to the Supreme Court arguing that the in-person requirement does not impose a substantial obstacle for a woman seeking to obtain an abortion.

On Jan. 12, almost one month after the FDA request, the court agreed to allow the government to enforce the in-person rule for obtaining abortion drugs while the agency continued its appeal of Chuang's decision.

Chief Justice John Roberts wrote a separate opinion agreeing with the court's decision but stressing that the question was not so much about the potential burden of the in-person requirement to obtain the drugs than it was about Chuang's view about the impact of the pandemic on women seeking to obtain the drug. He said the judge should not have ordered the FDA to relax its requirement.

Justice Sonia Sotomayor, writing an opinion joined by Justice Elena Kagan, said: "The FDA's policy imposes an unnecessary, unjustifiable, irrational and undue burden on women seeking abortion during the current pandemic." She also said that during the pandemic, government agencies have eased restrictions on picking up other drugs in person.

A post in the scotusblog, which writes about the Supreme Court, said the court did not offer an explanation for why it took almost a month to respond to the FDA's request.

It also said that although the ruling "gives the FDA the green light to reinstate the in-person requirement immediately, the Biden administration could opt to waive the requirement, either for the duration of the pandemic or more permanently."