The history of Detroit Catholics' muskrat-eating tradition: And yes, it's still a thing 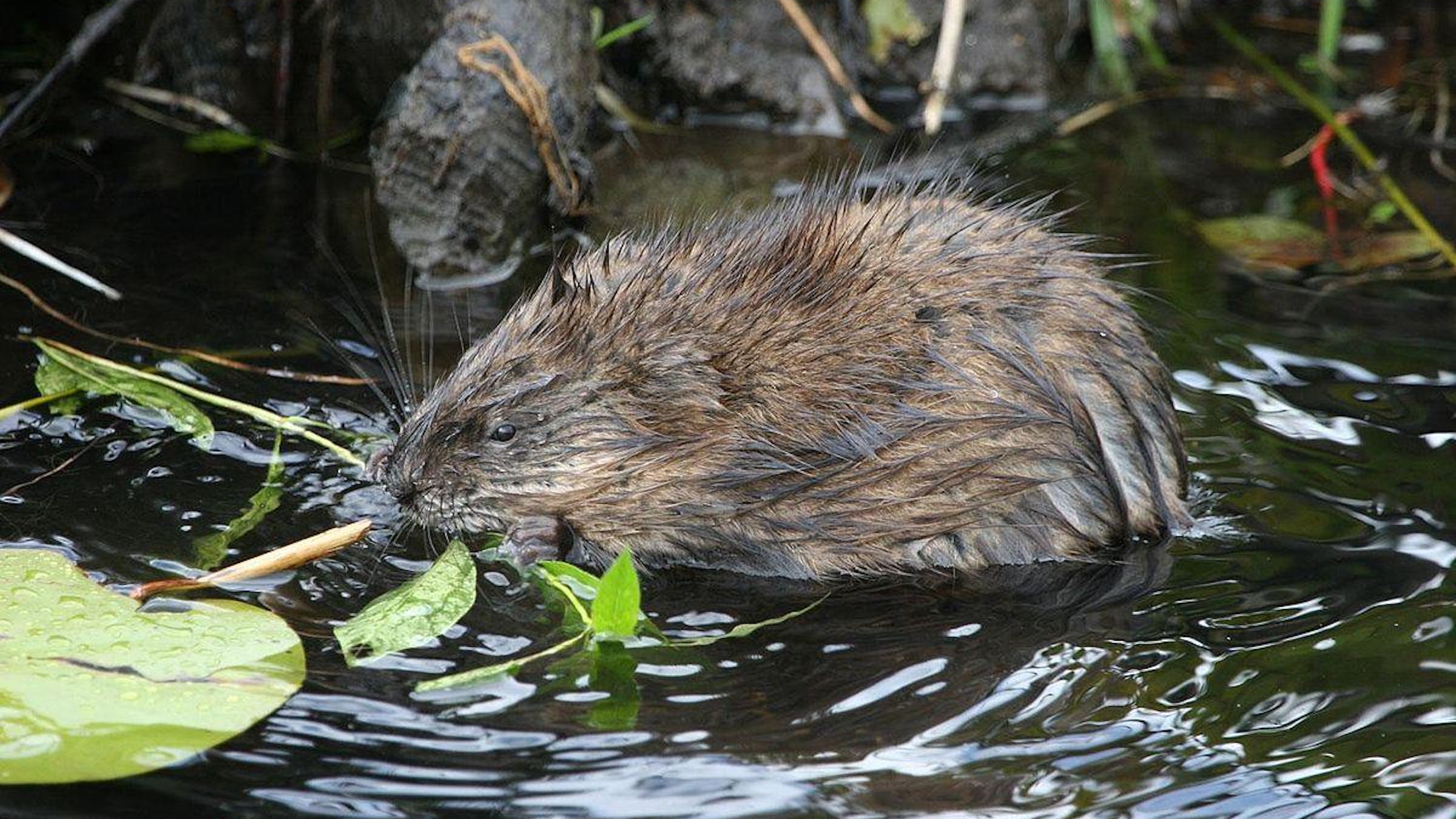 The tradition of eating muskrat during Lent began in the 1780s, when French Catholics from Detroit moved south to establish homesteads in what now is known as Michigan's Downriver region. To survive the harsh winters, trappers and hunters ate muskrat, a tradition that continues with St. Charles Borromeo's annual muskrat dinner in February.

St. Charles Borromeo men's club has kept delicacy on the menu with annual dinner dating to 1966

Parishioners at St. Charles Borromeo in Newport are not talking about duck, goose, or even deer meat. They are describing the taste of muskrat. It turns out that an appetite for this critter has developed over the course of centuries.

Monroe County’s culinary connection to this waterborne rodent began in the 1780s, when French Catholics traversed south from Detroit and established new homes in the area. Residing in a vast wilderness, trappers and hunters counted on the wildlife teeming in the region’s streams and rivers.

Nevertheless, harsh winters that extended into February and March made life difficult for the settlers. Foodstuffs stored up from the fall harvest were often depleted by then, and thick ice covering local waterways made fishing difficult. Historical sources from the early 1800s attest to the fact that local residents were sometimes in a state of starvation, eating chopped hay for sustenance and appealing to the government for federal funds to purchase flour.

Often the only food left to consume was the meat of livestock, roaming deer, or the numerous muskrats lingering along the riverbanks. However, Lenten requirements at that time strongly encouraged Monroe County’s Catholic community to abstain from meat for the entirety of Lent, not just on Ash Wednesday and every Friday. As tradition has it, it was during these early years of the 19th century that the humble pastor of Ste. Anne Parish in Detroit, Fr. Gabriel Richard, lobbied for a special dispensation to the region’s residents to consume muskrat throughout the Lenten season. Fr. Richard frequently served as a missionary priest to Monroe County’s Catholics, and he would have experienced firsthand their food-related problems.

This unique dispensation cemented southeast Michigan’s rodent-eating reputation. Ever since, muskrat dinners became a common occurrence both in the Downriver area and Monroe County. St. Charles Borromeo in Newport has the longest, continuously running muskrat dinner in the region, which has taken place for the past 53 years on the Friday before Super Bowl Sunday.

Yet, the history of the muskrat dinner at St. Charles extends even further into the past. In 1913, Fr. Tobias Morin and St. Charles parishioners initiated an annual dinner to raise money for the construction of a school on the parish property. Just a few years later in 1919, a Monroe Evening News article indicated that 400 people attended the dinner, and it wasn't just St. Charles parishioners feasting on rodent. Monroe, Wyandotte and River Rouge residents descended upon the faithful farming village to enjoy a plate of muskrat. The “delicious” dinner was prepared by “one of the best chefs in Berlin Township,” Charles Boumia. After dinner, spouses, friends, and visitors danced the night away as Stone’s Orchestra — a well-known Detroit big band — set the festive mood with their ragtime tunes.

At some point in the early 20th century, St. Charles’ muskrat dinner faded into obscurity and stopped all together. Yet, funding concerns once again challenged the Newport Catholic community. By the mid-1960s, St. Charles’ athletic programs and equipment had fallen into mismanagement and disrepair. In order to raise money for the parish’s student-athletes, members of the St. Charles Dad’s Club decided to resurrect the historic dinner in 1966.

Jimmy Brancheau, Alvie Reaume and other lifelong parishioners led the trapping efforts in the area’s creeks and wetlands. Mike Flint, a member of the Dad’s Club more than 50 years ago, helped organize and fry the muskrats for the inaugural dinner. Flint recalls that the first few were small affairs. “We had just 100 men for the first one, then it was just a bit more the next year,” Flint remembers. “Tickets for the second dinner were just $2 a person.”

Half a century later, St. Charles now serves more than 900 plates of muskrat at its annual dinner. Flint attests to the fact that the rodents are prepared today just as they were in 1967. The traditional three-day process is being handed down to the next generation of St. Charles parishioners.

“First on Wednesday, you have to clean them and take off all of the fat, then the musk has to be taken out of the back legs,” Flint explains.

After that initial round of cleaning, the rodents are salted and put on ice. Bart Fleming — a second-generation St. Charles muskrat cook — states that the rodents are cleaned two more times, once on Thursday night and again on the Friday morning of the dinner. The muskrats are finally parboiled with onion, spices and celery and later fried in a pan.

Beginning in the 1990s, Flint began to fret about the future of the muskrat dinner. It was around that time some of the men who attended those first dinners began to pass away.

“I was worried that in a few decades the 20-year-olds and 30-year-olds were going to not like the taste ... who was going to eat this stuff?” Flint asked himself.

Apparently God had other plans. Tickets to the muskrat dinner are now hard to come by, and the younger generations of Monroe County’s Catholics are buying up a significant proportion of them. Regardless of age, hundreds of men filter into the gym each year in early February to play card games of euchre, drink a couple beers, and take a bite of history. Like in years past, dinner attendees are helping out the St. Charles community. More than $10,000 was raised from the dinner earlier this year, which will be used to cover the expenses of St. Charles’ student-athletes, and the remainder will be used for other faith-based charitable causes.

And to think, all of this is due to the consumption of an amphibious rodent. God must have a sense of humor.

Joe Boggs is a public high school teacher, historian and co-chairman of the Monroe Vicariate Evangelization and Catechesis Committee. Contact him at [email protected].

Skin and clean muskrat, removing fat, scent glands and white tissue. Soak the muskrat overnight in a brine solution of 1 tablespoon salt to the water. Drain, disjoint and cut up the muskrat.

Put flour, 1 ½ teaspoons of salt and paprika in a bag, add muskrat pieces, and shake until the pieces are well-coated. Melt fat in a heavy frying pan, add the muskrat pieces, and sauté until browned. Then add onions, sprinkle with salt and pepper, and pour sour cream over the meat. Cover and simmer for an hour.

This recipe appears in “The Northern Cookbook,” from the Ministry of Supply and Services of Canada and was published in a 2007 article in The Michigan Catholic newspaper.

According to a 2007 article in The Michigan Catholic newspaper (Detroit Catholic's predecessor), it's complicated.

According to that article, “The Archdiocese of Detroit’s communications department said there is a standing dispensation for Catholics downriver to eat muskrat on Fridays, although no documentation of the original dispensation could be found. However, a 2002 archdiocesan document on Lenten observances, in addition to outlining the laws of fasting and abstinence, explains that “there is a long-standing permission — dating back to our missionary origins in the 1700s — to permit the consumption of muskrat on days of abstinence, including Fridays of Lent.”

However, an earlier column (written in 1987) by Lansing Bishop Kenneth Povish disputed that, writing that “according to a Detroit archdiocese spokesperson, 'no dispensation was ever given to allow Catholics to eat muskrat on Fridays.' He referred to what he called the 'Great Interdiocesan Doctrinal Debate' of 1956, during which he determined that although muskrat is a warm-blooded mammal and technically flesh, the custom had been so long held along Michigan’s rivers and marshes that it was 'immemorial custom,' thus allowed by Canon Law.”

In any case, the bishop's personal distaste for the rodent led him to famously quip that “anyone who could eat muskrat was doing penance worthy of the greatest of the saints.”