ROCHESTER — On a cold, rainy night in mid-November, the parking lot of the activity building at St. Andrew Parish in Rochester was filling up for an evening of “Faith & Sports.”

More than 100 people were in attendance to hear from their own associate pastor, Fr. Grayson Heenan, who played a central role in The Holy Game, a 70-minute documentary about the Clericus Cup, a soccer tournament between teams from a variety of seminaries located in and around Rome.

"It's kind of crazy how I got involved," Fr. Heenan said, who at the time of the filming in 2015 was in his third year of seminary studies at the Pontifical North American College in Rome.

Fr. Heenan, a soccer player and participant in the unique sporting event, which is often called the “World Cup of the Church,” as it showcases priests-in-training playing the world’s most popular sport, was put in touch with the documentary's Canadian filmmakers for "a couple of questions."

“I was happy to speak with them, but before I knew it, I was being mic’d up, and being a nice guy, I guess I just went along with it," Fr. Heenan said. "That initial interview kicked things off and it sort of grew from there. I put them in touch with a number of other players.” 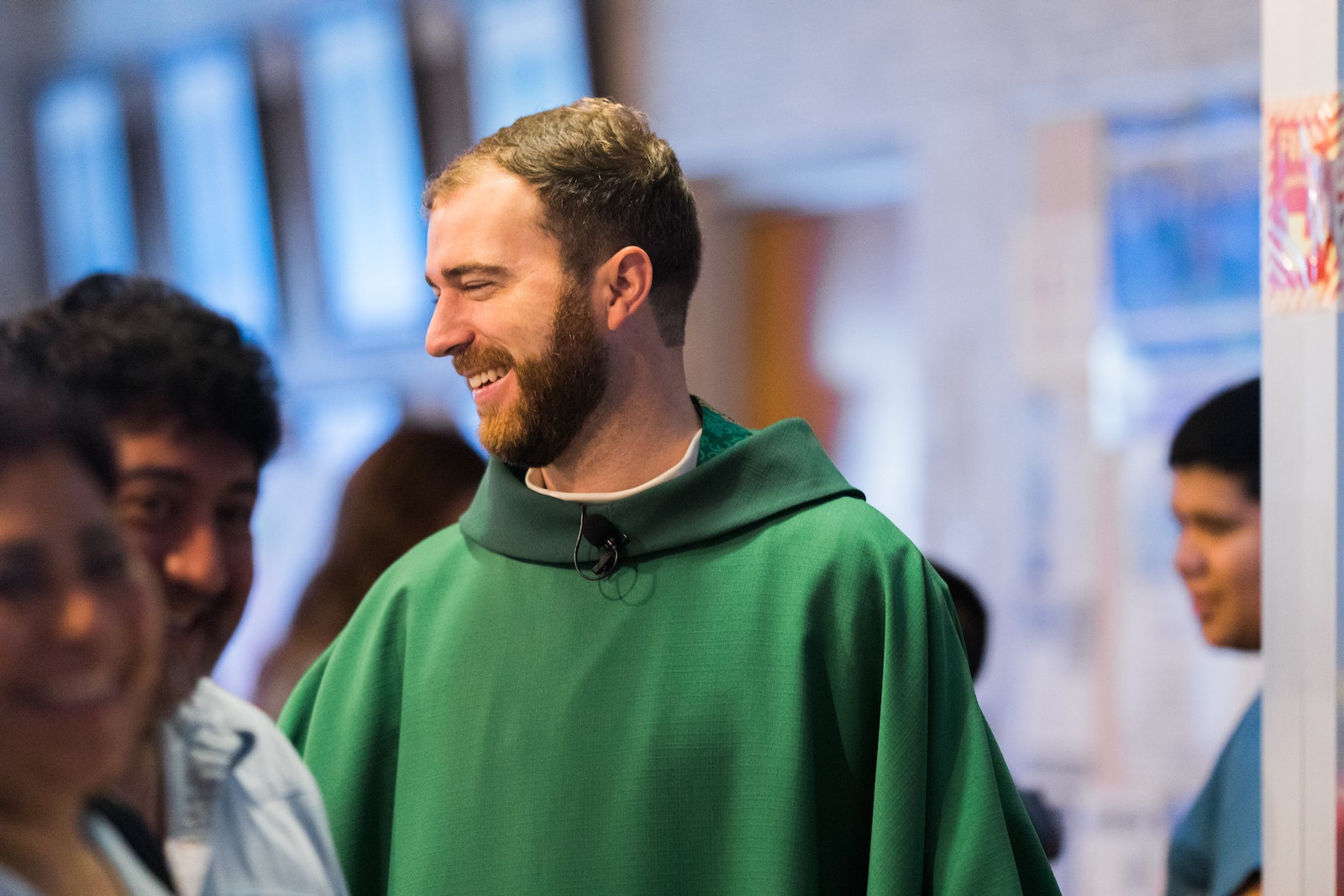 Fr. Grayson Heenan, who today serves at St. Andrew Parish in Rochester, was a seminarian studying at the Pontifical North American College in Rome in 2015 during the filming for "The Holy Game," a documentary about the Vatican's Clericus Cup soccer tournament. (Detroit Catholic file photo)

The Clericus Cup was founded in 2007 by Cardinal Tarcisio Bertone, the former Vatican Secretary of State, and is played in the shadow of St. Peter’s Basilica with more than 60 nationalities represented. “The Holy Game,” made by filmmakers Brent Hodge and Chris Kelly and distributed by Gravitas Ventures, can be streamed on iTunes or a variety of video-on-demand platforms.

Despite Fr. Heenan's initial impressions, the film turned out to be more than a "little piece on this soccer tournament."

“Initially, the filmmakers thought this might qualify for an ESPN 30 for 30,” Fr. Heenan said, referencing the worldwide sports network's popular series. “It was their desire to create a documentary to showcase the soccer tournament and have it be heavy on a lot of action footage. But during the production process, it became, 'Well, you’re a seminarian; what’s it like to be a seminarian?'"

Fr. Heenan and others interviewed did their best to familiarize the filmmakers with the Church, and "The Holy Game" ended up being about more than just soccer.

"It’s a complicated world to try and get familiarized with. They were like, 'Do you just study the Bible all day?'" Fr. Heenan said. "They were good sports though, and at the end of the day, they ended up with a human feature film about our lives and the drama approaching us, the mystery of vocation, really. The end product was much different than what they hoped for, but it worked. They were very honest and showed the good and the bad.” 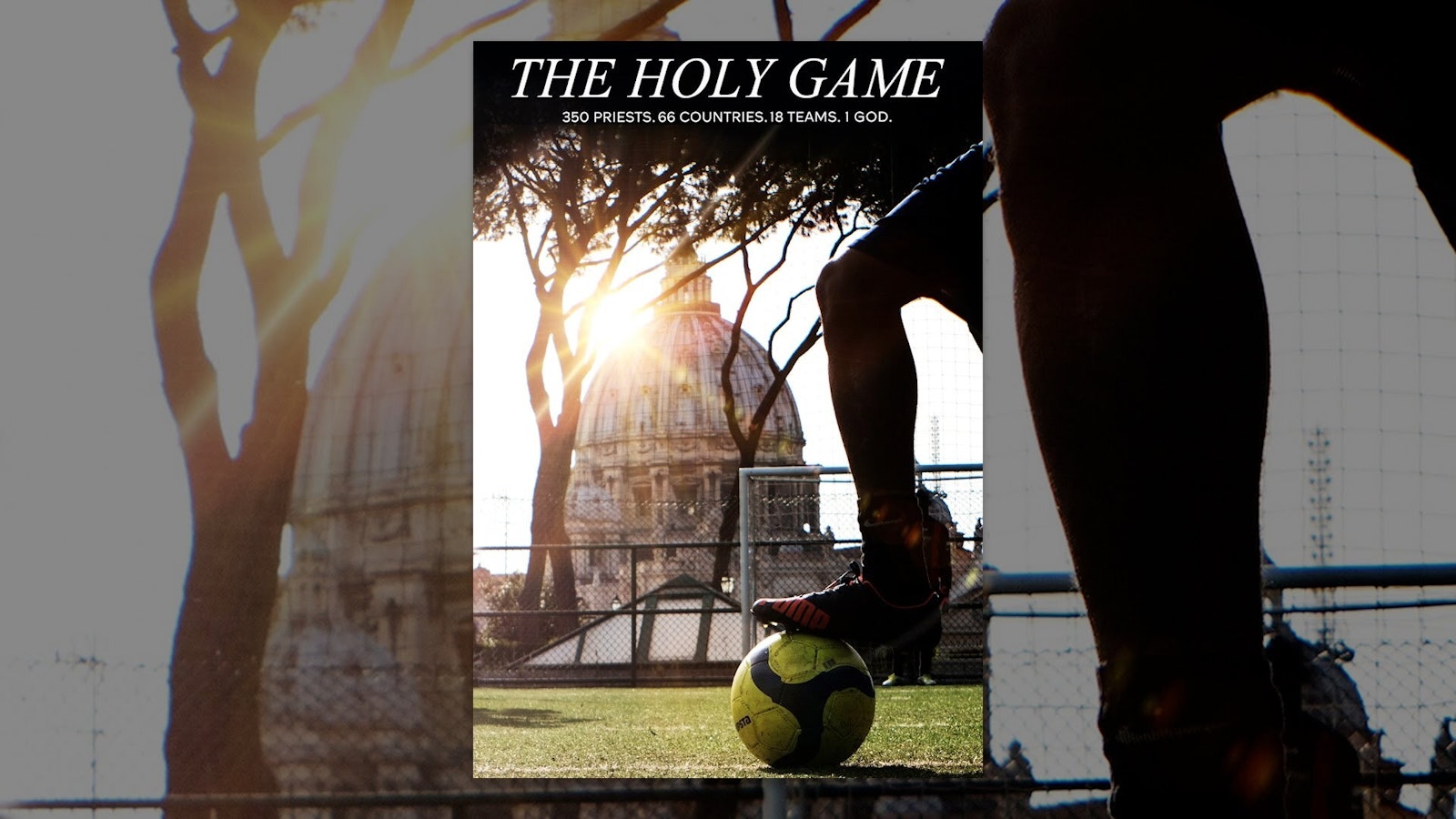 A promotional image for "The Holy Game" a documentary by Canadian filmmakers Brent Hodge and Chris Kelly that explores the intersection of faith, sports and priestly vocation. (Screengrab via YouTube)

On Nov. 11, Fr. Heenan participated in a panel discussion at St. Andrew about the film, and how faith and sports come together to teach life lessons.

“It was supposed to be a vocation event, but Fr. Grayson said if you call it vocation night, no one will come. So, we kind of disguised it,” laughed Barb Pacella, faith formation director at St. Andrew who helped organize the event. “We want church to be fun once in a while. We’re always competing with football on Sundays, so we just mashed sports and church together, and here we are.”

During the event, the larger-than-expected crowd of teens and parents watched a 15-minute clip from "The Holy Game," breaking their silence with cheers when Fr. Heenan appeared on screen. Afterward, a panel of athletes that included former minor league and Olympic baseball player Chris Demetral, high school football coach Nick Merlo, runner Teresa Hurst and basketball player Linda Martens share their own stories of how the struggles of competitive sports strengthened their faith and helped them achieve more than they thought was possible.

“I went to U of D High School and played hockey and soccer there,” Fr. Heenan told Detroit Catholic. “I’m 33 now, but when I was there, we were kind of middle of the pack in the Catholic league for soccer. In hockey, my junior year, we had a great team and went to the (state semifinals)."

Fr. Heenan was first-team All-State in Division 1 hockey — "I can brag about it now as it’s a part of growing old, I guess," he laughed — but he admits he wasn't as accomplished in soccer, despite the documentary's focus. 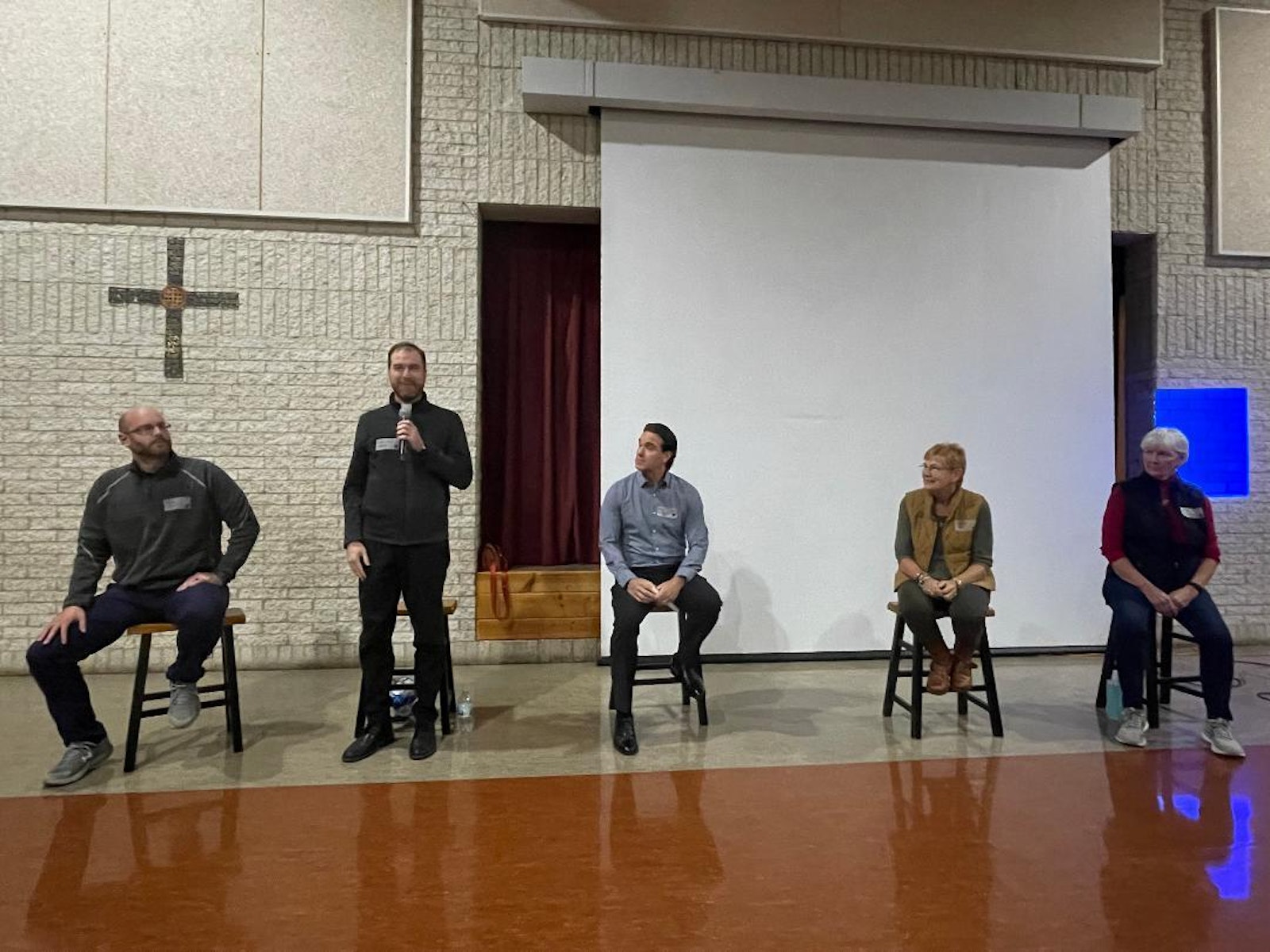 Sports were always a part of Fr. Heenan’s life growing up, and really, so was his vocation. He began thinking about the priesthood at the age of 9, he said.

"I sensed God speaking in my heart when I was young, and I was pretty secretive about it. I didn’t want anyone pressuring me," Fr. Heenan said. "But God also speaks to us through other people. And it became almost annoying going through high school and college how many people said to me, 'Hey, have you ever thought about being a priest?' My high school class voted me most likely to be a priest. My club hockey teammates at Boston College nicknamed me 'Rev.' My senior year, I finally said, 'I have to go to seminary, to go into that space and have God communicate to me 100 percent either way.”

Fr. Heenan was ordained in 2017, and arrived at St. Andrew on July 1, after previous assignments at Ste. Anne and Most Holy Trinity parishes in Detroit, and St. Damien of Molokai Parish in Pontiac.

The young priest has a lot to do in his new assignment, but sports is never far from his mind.

“I’m not far from the Suburban Rochester (ice) rink. I walked in there a couple days ago and it was my first time in a rink in probably seven or eight years. I took in the smells and everything,” Fr. Heenan said with a smile. “I’ve been debating whether to play again. Maybe if I get an invite from a parishioner to play on a team then I’ll be like, OK, let’s do it. It might be time to lace up the skates again. We’ll see.”

'The Holy Game' is available to stream on iTunes or can be purchased on Amazon.com and other video platforms.