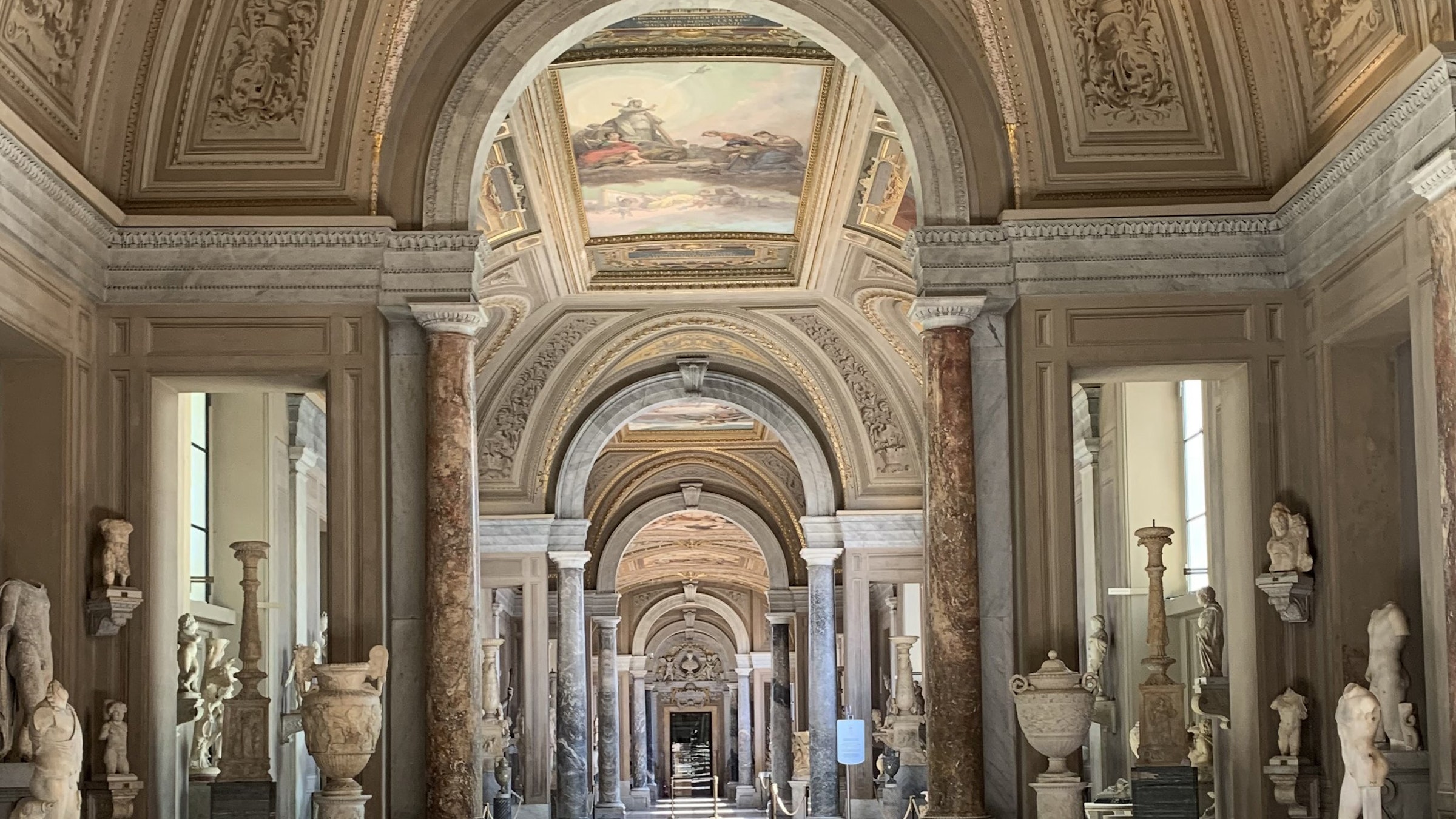 The entrance to the Chiaramonti gallery in the Vatican Museums is seen in this 2020 file photo. The Vatican said a tourist toppled and damaged two ancient Roman statues in the gallery Oct. 5, 2022. (CNS photo/Cindy Wooden)

VATICAN CITY (CNS) -- A tourist who toppled two ancient Roman busts in the Vatican Museums has been handed over to Italian police, the Vatican said.

The vandalism occurred Oct. 5 when the tourist, identified by several Italian media outlets as an American man, threw down two marble busts from their pedestals in the museums' Chiaramonti gallery.

Matteo Bruni, director of the Vatican press office, told reporters that the man who "knocked down the statues was stopped by Vatican gendarmerie and handed over to Italian authorities."

The Italian newspaper Il Messaggero reported that the man knocked down the statues after his request to meet Pope Francis was denied. After vandalizing the busts, he was stopped by museum staff before being detained by the Vatican police.

According to the Reuters news agency, a source at the Vatican Museums said the man, who is believed to be in his 50s, "behaved strangely" before toppling the busts.

The two ancient Roman busts were not severely damaged and were taken to the Vatican Museums' lab for repair, Reuters reported.