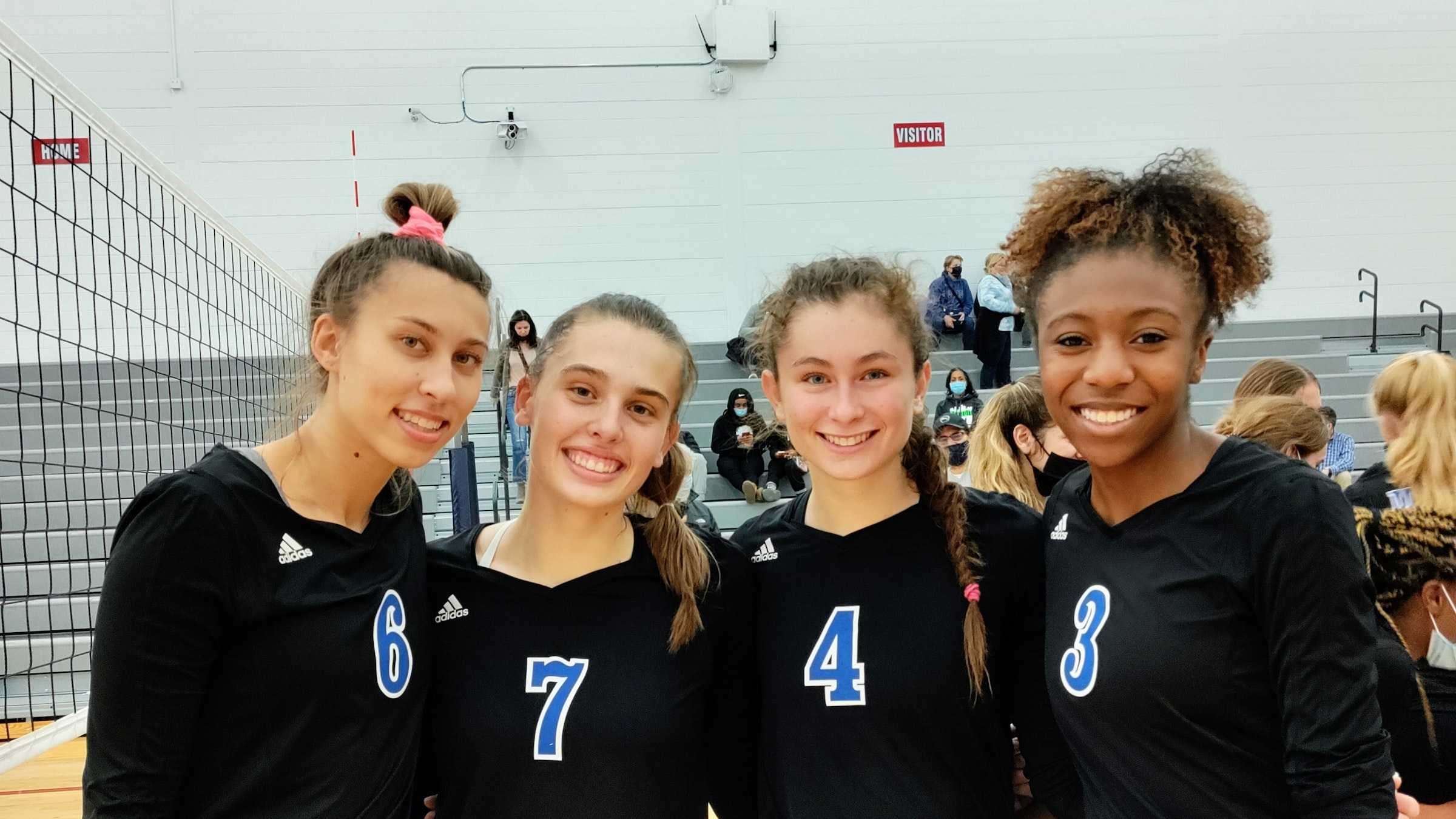 For the third year in a row, Warren Regina and Macomb Lutheran North tangled for the Cardinal/AA Division trophy. Lutheran North claimed it in 2019 and Regina last year.

Lutheran North — 19-8 overall, perfect 12-0 in the league — was the presumed favorite to beat the Saddlelites sporting an unspectacular 14-15 record.

In the night’s second match for the Bishop/Central Division honors, it was a no-doubter that season-long No. 1-ranked Bloomfield Hills Marian would handily dispose of archrival Farmington Hills Mercy.

Here’s how it all went down:

Lutheran North jumped off to a 3-0 lead in the first set, but Regina responded with six consecutive points and never trailed the rest of the way.

The Mustangs regrouped for the second set, taking another early lead, 8-0 this time, and maintaining their advantage to tie the match at one set apiece.

In the most competitive set of the match that had spectators oohing and aahing at some of the acrobatic playmaking on both sides, Regina broke away from a 4-4 tie and clung to a precarious lead between one and four points to retake a one-set lead.

The rejuvenated Saddlelites led the decisive fourth set from start to finish.

“The girls really wanted it,” said coach Rebecca Ratkov. “They worked hard to prepare. We have a few new faces this year and they stepped up.”

“She is a gamer, a kid that can really get into a game and take it over,” Ratkov said. “She’s been a consistent force all year and her offense has really stepped up in the last month.”

“We were the underdog,” Dobbs said. “Tonight we showed them we are the better team. We were more confident. We’ll see them a third time (in the state playoffs that begin Nov. 1). It’ll be pretty good, and we’ll pull it off again.”

“Regina played like they wanted to win today, and they outplayed us,” Lutheran North coach Jessie Lancaster said. “Our passing was off. It’s usually great. Our serving was off. We struggled. We just couldn’t seem to get into sync tonight.”

Senior Julia Valenti had 18 kills. “She’s amazing. She has the most kills on our team, the most blocks, even has the most aces. She’s our offensive leader.”

In the plainest description, Marian just wore down Mercy.

“We played well,” coach Mayssa Cook said. “We served tough. We ran a very nice offense that was spread out. They were camping on Brizard. The advantage to our team this season is that everyone can hit the ball. While they were trying to take our big hitter out, she still got her kills, yet it allowed our other hitters to have an open net.” 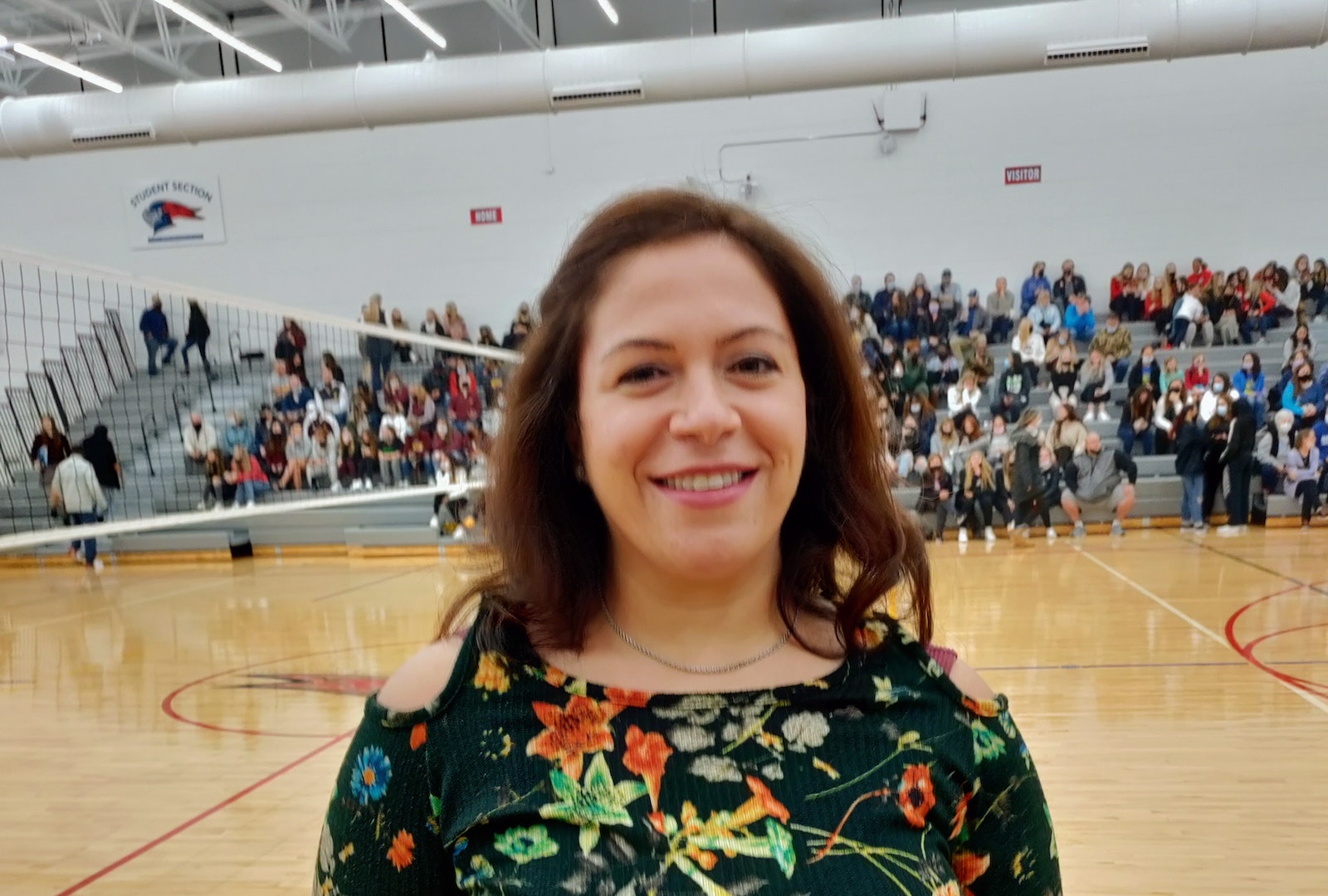 Due date is Nov. 13 for Marian coach Mayssa Cook to deliver her third child, just a week before the team could be vying for a repeat state Division 1 championship. “But I’ll be there,” she vows. “It’s important to them.”

The “big hitter’ Cook referenced was Ava Brizard, who had a below season-average dozen kills. The “other hitters” were senior Sophie Treder 10 kills, junior Ella Schomer 8, senior Sarah Sylvester 6, and senior Janiah Jones 5.

The CHSL championship was Marian’s second in a row and 15th in school history.

However, it’s the next, and season-ending, challenge that Marian will be most concerned about: to repeat as state Division 1 titlist. The Mustangs have been the center of statewide attention since beating Lowell last year with a roster that did not include a senior.

Cook said, “There was a joke going around that we’re going to get shirts with targets printed on the back.” They didn’t get the shirts, but the team has been reminded in weekly rankings that they are No. 1.

Marian will start on the state playoffs road by hosting a district Nov. 1. Mercy will play Bloomfield Hills. If victorious, the Marlins will come up against Birmingham Seaholm on Nov. 3. That same day Marian will play Farmington. The winners clash for the district title Nov. 5.

The volleyball finals will be held Nov. 18-20 at the Kellogg Center in Battle Creek.