Vatican: No 'semblance of truth' in abuse claims against Brooklyn bishop 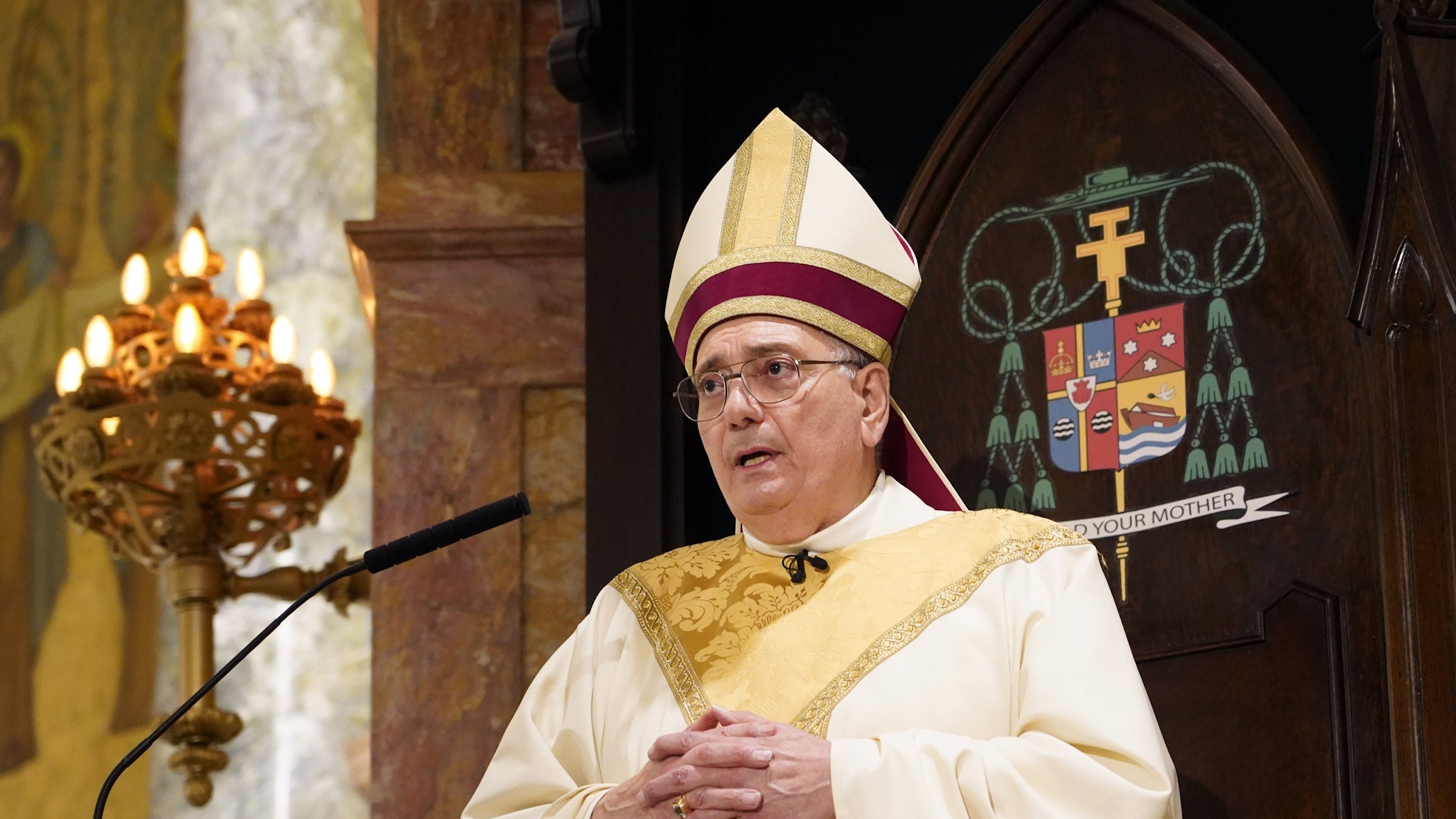 Bishop Nicholas DiMarzio of Brooklyn, N.Y., speaks during a Mass at the Co-Cathedral in Brooklyn June 5, 2021, during which he ordained four men to the priesthood. (CNS photo/Gregory A. Shemitz)

NEW YORK (CNS) ─ The Vatican's Congregation for the Doctrine of the Faith has determined that allegations of sexual abuse of a minor against Bishop Nicholas DiMarzio of Brooklyn were found "not to have the semblance of truth."

The finding was announced Sept. 1 by the Archdiocese of New York, which had initiated an investigation into the allegation under "Vos Estis Lux Mundi" ("You are the light of the world"), the norms issued by Pope Francis in 2019 to address sexual abuse allegations against bishops.

"Given this finding, the Congregation for the Doctrine of the Faith will not authorize any further canonical process to address the accusations," the archdiocese said.

After the announcement, Bishop DiMarzio reiterated that the allegation was false, a stance he has maintained since it was first made in November 2019.

"I repeat what I have said from the beginning. There is no truth to these allegations. Throughout my more than 50-year ministry as a priest, I have never abused anyone," he said in statement released by the Brooklyn Diocese.

He also said he cooperated with the inquiry by the New York Archdiocese "because I know I did nothing wrong."

"I have prayed for a conclusion to this investigation, and these final results further verify, as I have consistently said, that these allegations have absolutely no merit," Bishop DiMarzio said.

The bishop's attorney, Joseph A. Hayden Jr., said the decision by the Vatican's congregation followed "an impartial and rigorous investigation" by John O'Donnell, a former federal prosecutor, and an investigative firm founded by Louis Freeh, former FBI director.

He said the involvement of two former law enforcement officials in the investigation "should leave no doubt" about the Vatican's conclusion.

Bishop DiMarzio was accused of abuse by two men. In November 2019, Mark Matzek claimed that then-Father DiMarzio abused him when he was 12 years old in 1974 and 1975, when the priest was assigned to St. Nicholas Church in Jersey City, New Jersey.

A second man, Samier Tadros, now of Daytona Beach, Florida, subsequently filed a civil lawsuit in February 2021 after hearing about Matzek's accusation from a family member.

The lawsuit claimed Tadros was abused from 1978 to 1980 in Holy Rosary Church in the Archdiocese of Newark, New Jersey. The Tablet, Brooklyn's diocesan newspaper, reported that Tadros contended in the lawsuit "that he was receiving one-on-one religious instruction" from Bishop DiMarzio at the time.

Attorney Mitchell Garabedian, who represents both accusers, disagreed with the Vatican's conclusion based on the investigation's findings.

"The investigations concerning the credibility of my clients were subjective and biased because the investigators were controlled by and paid for by the Catholic Church," Garabedian said in a statement released soon after the New York Archdiocese's announcement.

"The Congregation for the Doctrine of the Faith, which rendered the decision, is in the business of continuing the secrecy of clergy sexual abuse by hiding the truth," Garabedian said.

He added that both men will continue to pursue their claims in the courts "and justice will prevail when the truth is revealed."