Why do young 'nones' convert to Catholicism? Detroit-area researcher has answers 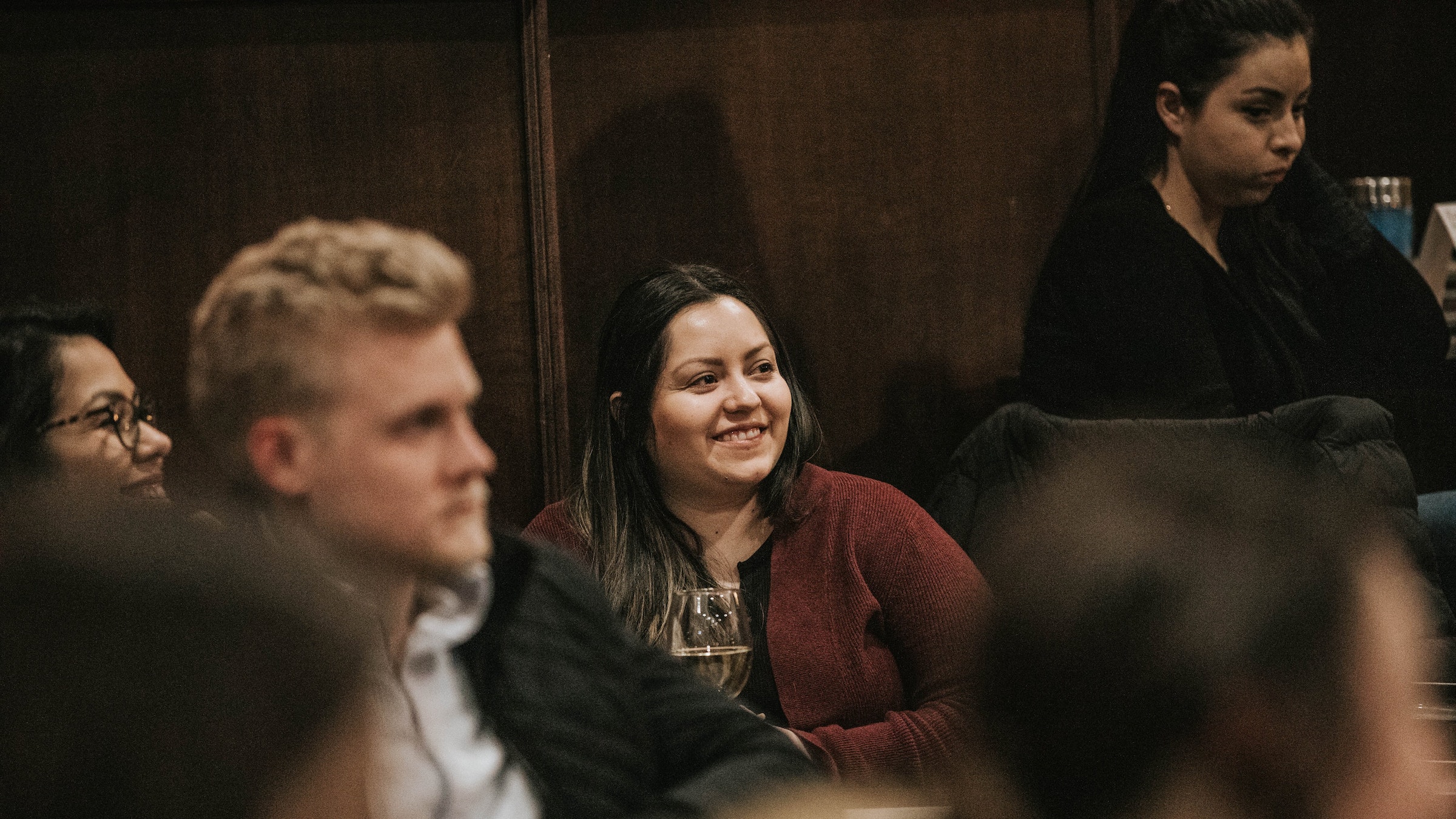 It's more difficult for today's unchurched young people to encounter the basic message of salvation, given societal pressures that discourage religious belief and affiliation. By contrast, young adult “nones” who enter the Catholic Church do so because of authentic, personal relationships with faith-filled individuals, a local researcher suggests in a new study. (Archdiocese of Detroit file photo)

DETROIT — New research from a Sacred Heart Major Seminary adjunct instructor suggests today's unbaptized young adults are encountering the Catholic faith in a different way than their parents and grandparents did — and not how some would expect.

Tamra Hull Fromm, Ph.D., who has taught theology at Sacred Heart and is director of discipleship and an instructor for the Catholic Biblical School of Michigan, shared the findings of her recent doctoral dissertation with Detroit Catholic, research she says could change the conversation about evangelizing the growing group of young religious “nones” — those who do not profess any religious belief — in modern society.

Swimming against the tide

Previous research has examined the religious beliefs of teenagers and college students who have left their Christian faith, Hull Fromm said, but relatively little research had been done studying why young adults raised with no faith at all would convert.

To complete her research, Hull Fromm interviewed 24 young adults who had been recently baptized into the Catholic faith in the Archdiocese of Detroit.

Many American young adults “have been negatively predisposed to the proclamation of the kerygma or Gospel message because of specific characteristics of postmodernity and American culture,” Hull Fromm said in an abstract from her study, A New Paradigm for Pre-Evangelization for American Young Adults, which she completed while pursuing her doctoral degree through the Maryvale Institute/Liverpool Hope University in Birmingham, England.

In other words, it's more difficult for today's unchurched young people to respond to the basic message of salvation, given that society actively discourages it.

Hull Fromm found that instead of relying on the culture or the institutional Church to transmit the message of the Gospel, young adults who choose to enter the Catholic Church today are doing so because of much more personal reasons.

“The raw data supports the premise that the initial encounter and conversation occurs in a secular setting with a layperson (family or friend) as witness,” Hull Fromm wrote. “The witness who authentically practices the faith in a non-judgmental manner, engages in relational conversation, and responds to questions acts as both antidote” to such predisposal against religion and “accompagnateur,” or guide, on that person's journey to the faith.

Following her conversion to Catholicism in 2001, Hull Fromm worked in young adult ministry, coordinating and facilitating ministries for young people among 60 parishes in Oakland County. Since then, she has served as director of marketing for Catholic schools with the Archdiocese of Detroit and as the director of admissions and enrollment at Sacred Heart Major Seminary.

In 2014, while teaching a class at Sacred Heart, Hull Fromm decided to pursue a Ph.D through the Maryvale Institute, a distance-learning degree program offered through Liverpool Hope University.

In formulating her thesis, she recalled a paper she had written for a Sacred Heart class about evangelization as part of mission work in Burma. She wondered how the early steps of evangelization in a non-Christian country could apply to American young people.

“This is all a combination of God never wasting any experience and my being open to His will,” Hull Fromm told Detroit Catholic.

To begin her research, Hull Fromm interviewed 24 young adults ages 22-35 over the course of a year who were enrolled in the Rite of Christian Initiation for Adults. None of the participants had been baptized. She wanted to learn what piqued their interest in the Catholic Church.

“The reasons why young adults who have grown up in the Church decide to reject the Church are different than those who have never been introduced to it in the first place,” Hull Fromm said.

In her dialogue with the participants, Hull Fromm noticed those with a witness to the Catholic faith present in their lives tended to be the ones to rethink their faith. This was almost always a family member — many times an in-law — or friend who practiced, shared, and cherished his or her faith in an attractive way.

Hull Fromm also saw another pattern among the young adults: this interaction was typically not in a parish setting. Many times, the witness was someone whom the participant did not expect to be a person of faith. For example, Hull Fromm interviewed a young woman who grew up homeless with a drug-addicted mother. The woman saw herself as being rough around the edges and, as a result, thought she didn’t fit in as a Catholic.

“Then she got to know someone at work who was tattooed and relatable to her, and also Catholic. That made her think twice about the Church,” Hull Fromm said. “Sometimes the authenticity of the witness can reverse the previous image someone has about who belongs in the Church — which is everyone.”

Her doctoral research also indicated that participants were most receptive to the message of Jesus and the Church when they were not feeling as though people were “preaching” to them.

“This generation lives in a culture that is pluralistic, and it turns them off when people come from a one-size-fits-all way of talking about their faith,” Hull Fromm said. “First we need to find out where they’re coming from, knowing that is different for each person, and then we need to meet them where they are.”

To further expound upon her research, Hull Fromm will write a four-part column series for Detroit Catholic, which she hopes will shift readers’ ideas about evangelization.

“You don’t need to be a theologian or an apologist, you just need to be willing to let God use you and be willing to answer questions,” she said. “By creating an atmosphere of comfort and trust, you will be the first person in the face of Christ.”

The first step to evangelization for any age is being a simple witness by loving people as they are.

“In today’s culture, love is attractive. Authenticity is attractive,” Hull Fromm said. “People will notice, and they’ll want to know more. Your job is to be a witness to Christ’s love, not to give them the whole Gospel in one sitting.”