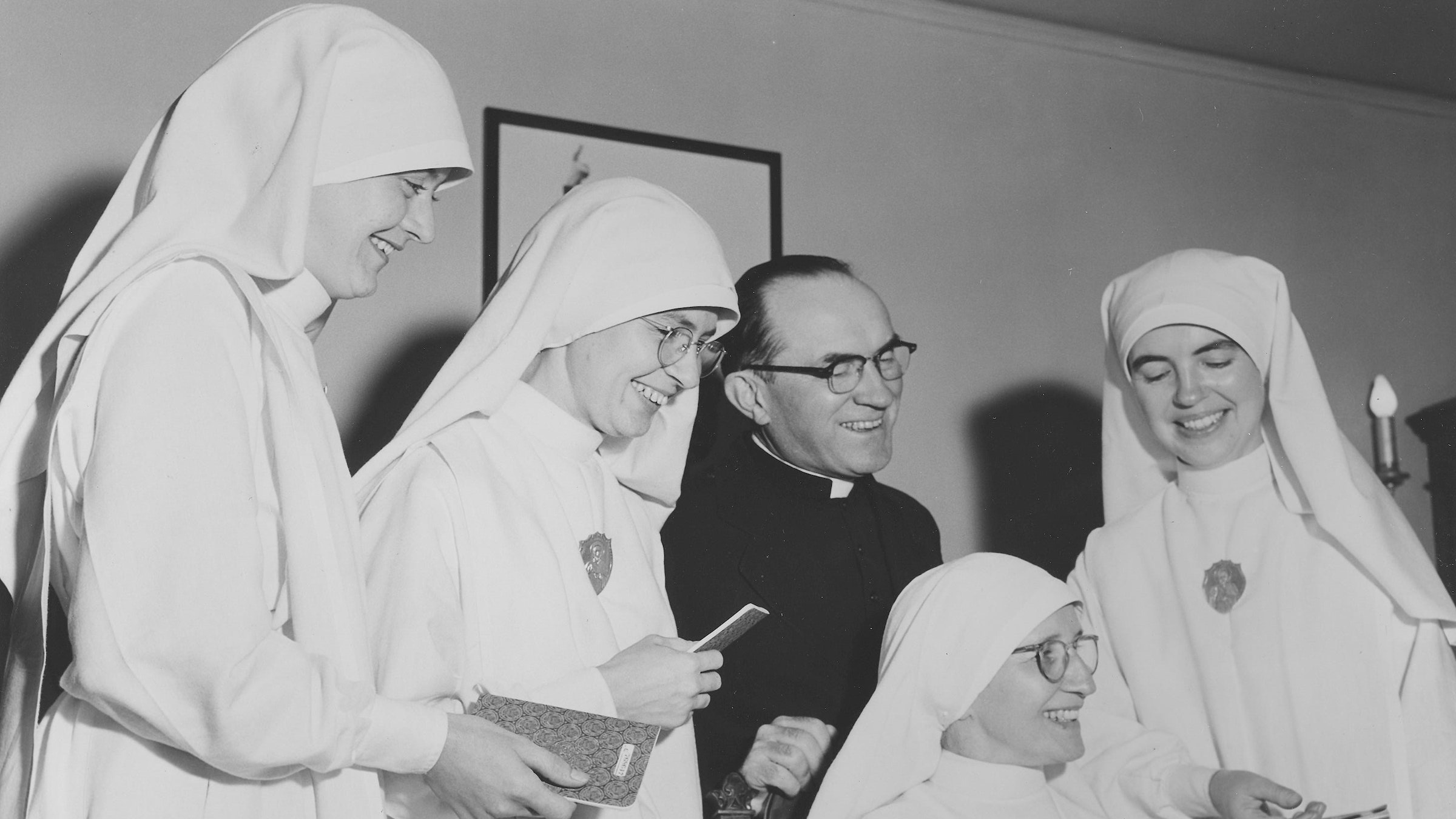 The first group of Xavier Sisters is pictured in this undated photograph from the late 1940s. Founded in southeast Michigan in 1946, the sisters later went on to serve overseas missions in Japan, in addition to their work with the elderly, sick and incarcerated in Metro Detroit. Sr. Mary Agnes Malburg, XS, the last surviving member in the Archdiocese of Detroit since 2012, passed away on May 11. (Photos courtesy of Archdiocese of Detroit archives)

Sr. Mary Agnes Malburg’s passing marks the end of the Xavier Sisters, who served the poor, dying and incarcerated for decades

CLINTON TOWNSHIP ⁠— When Sr. Mary Agnes Malburg, XS, passed away peacefully May 11 in Sterling Heights, she left behind a sister, two brothers and countless people whom she served.

She also leaves behind the legacy of the Society of Catholic Mission Sisters of St. Francis Xavier, of whom she had been the last surviving member in southeast Michigan since 2012.

Commonly known as the Xavier Sisters, the group found their home in the Archdiocese of Detroit during the early days of World War II, having been one of four women’s religious institutes founded in the archdiocese, according to Heidi Christein, former archivist for the archdiocese.

The group’s initial aim was to make it to India to serve as missionaries. Lula Manes, a former religious who took the name Sr. Helen, had served as a missionary in India but had been forced out at the start of the war.

“She came to Detroit to seek the support of Archbishop Edward Mooney, who had been the Apostolic Delegate to India and Japan prior to the war,” Christein said in a writeup about the Xavier Sisters’ history for the archdiocesan archival collection. “Sr. Helen’s ideas attracted several other women, and they began the Mission Digest Magazine to support those who Sr. Helen hoped to lead to India.”

Originally, the new order was placed under the supervision of the Missionary Sisters of St. Columban, of Ireland, until 1954. The original motherhouse in Warren was moved to Fraser in 1961, and later relocated to Clinton Township to a site that was later sold to the Discalced Carmelite Nuns.

The institute’s charge was to perform missionary work in India and Japan, and while the archdiocesan archives do not hold a record of the sisters ever working in India, they did spend time in Japan, establishing a mission in Kochi, on the island of Shikoku, where they taught catechism at an orphanage and performed corporal works of mercy by visiting the sick and dying.

The first three sisters, including Sr. Miriam, arrived in Yokohama, Japan, aboard the freighter “Young America” on Dec. 3, 1955, the feast of St. Francis Xavier. By the next year, their first Japanese postulant joined them. The sisters eventually worked in partnership with the Oblate Fathers of Mary Immaculate and began teaching English, giving American cooking lessons and opening a hostel and convent in 1963.

The Xaviers’ second overseas mission, established in 1968 in Tokashima, Japan, marked their final chapter serving as missionaries abroad. By 1975, the sisters withdrew from Japan and from then on only served in Michigan and no longer accepted new members.

According to Christein, their work included jail ministry, youth and home ministry, and work in mental health hospitals. The sisters continued to teach catechism and serve in nursing homes, bereavement ministries and retirement homes.

For her own part, Sr. Mary Agnes joined the order in 1963 and spent 57 years in the service of the poor in Detroit and its suburbs, also serving briefly in Japan. Along with Sr. Miriam, who died in 2002, and Sr. Mary Carmel Cagno, XS, who died in 2012, she was the last of the surviving Xavier Sisters.

Detroit Catholic’s research could not confirm how many total members the Xavier Sisters counted at any one time.

According to her obituary, Sr. Mary Agnes worked in ministry at Heartline, a live-in house for women completing jail terms, Medilodge Nursing Home, Fraser Villa and American House. She became a resident of American House herself in 2016.

Msgr. Michael LeFevre, pastor of St. John Fisher Chapel University Parish in Auburn Hills and a distant relative of Sr. Mary Agnes, said the sisters were well known at St. Michael the Archangel Parish in Sterling Heights, where they attended Sunday Mass for many years. He said Sr. Mary Agnes was full of personality and very vocal.

“(The Sisters) were a very great presence, even though they were no longer practicing their charisms at that point because they were in retirement,” Msgr. LeFevre said.

The Xavier Sisters’ selfless service and heart for the less fortunate will not be forgotten, nor will their impact on the Archdiocese of Detroit, Archbishop Allen H. Vigneron said.

“May our loving Savior, whom Sr. Mary Agnes served as a religious for more than 50 years, welcome her home and grant her peace,” Archbishop Vigneron said. “I see this as a fitting time, too, to praise and thank God for all the work he has done through the selfless sacrifices of the Xavier Sisters over their many years in the archdiocese. I pray that as he once called them to serve his people here, he will call them to the halls of his kingdom for their eternal reward.”