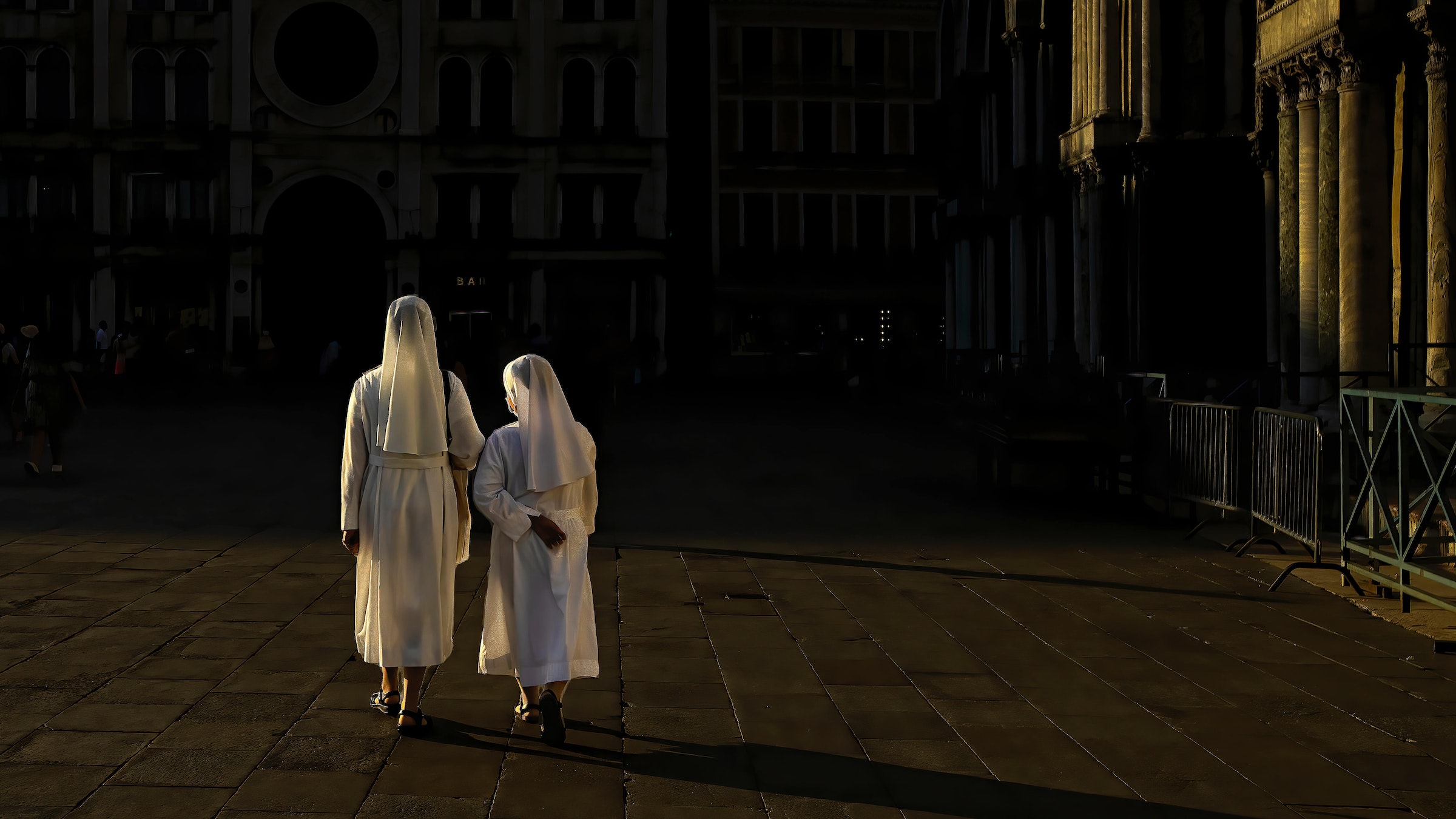 “We are not social workers,” Mother Teresa told her Sisters. “We may be doing social work in the eyes of some people, but we are contemplatives in the heart of the world.”

Wednesday, Feb. 2, is the 25th World Day of Consecrated Life. In his letter instituting this celebration, St. John Paul II explained that the day would “answer the intimate need to praise the Lord more solemnly … for the great gift of consecrated life,” and would invite religious themselves “to discover by a more illumined faith the rays of divine beauty spread by the Spirit in their way of life.”

Feb. 2 is the feast of the Presentation of the Lord, commemorating the moment when the Holy Family presented the Child Jesus to God in the Temple. It has long been associated with consecrated life because of its association with light — from Simeon’s words identifying the newly presented Infant as “a light to reveal [God] to the nations.” Like the Christ Child, religious are completely given to the Lord and reveal Him to others.

The Mother Teresa who told her Sisters they were not social workers was a woman who had won the Nobel Peace Prize. Her more than 300 Sisters were serving the poorest of the poor in 14 countries. But for Mother Teresa, it was not their work that constituted their identity — and, in a similar way, the World Day of Consecrated Life is not a celebration of the service Sisters have offered in countless classrooms and hospitals over the centuries.

That they have served in these ways is good, but a Sister who is too old or ill to do any of these things, or who lives a cloistered life of prayer that no one will ever see, is equally a consecrated person. In fact, I would argue that she is living the consecrated life in its purest form. How? Because consecration, like light, is something paradoxically hidden. We know light by its effects, by its illuminating other objects. But what is light itself? It is mysterious.

The essence of consecrated life is the consecration itself, a hidden espousal between a soul and her Creator, made explicit on the day of vows but lived day in and day out in the interiority of the person. Like her Spouse — the poor, chaste, and obedient Christ — a consecrated person lives radical poverty, chastity, and obedience in order to be conformed to Him, who died so that we all might live. Dying to herself and to the world, “hidden with Christ in God” (Col. 3:3), she is to show each baptized Christian the high hope of his calling — a calling to the radiant beauty of holiness on earth, to the ecstatic union of heaven.

St. Therese wrote to her sister Celine about the religious life: “Jesus is a hidden treasure …. To find a hidden thing one must hide oneself; our life must then be a mystery.” On Feb. 2, we celebrate this mystery, the mystery of light, His light!