Could 'Roe' go? What the 'Dobbs' case could mean for abortion in Michigan 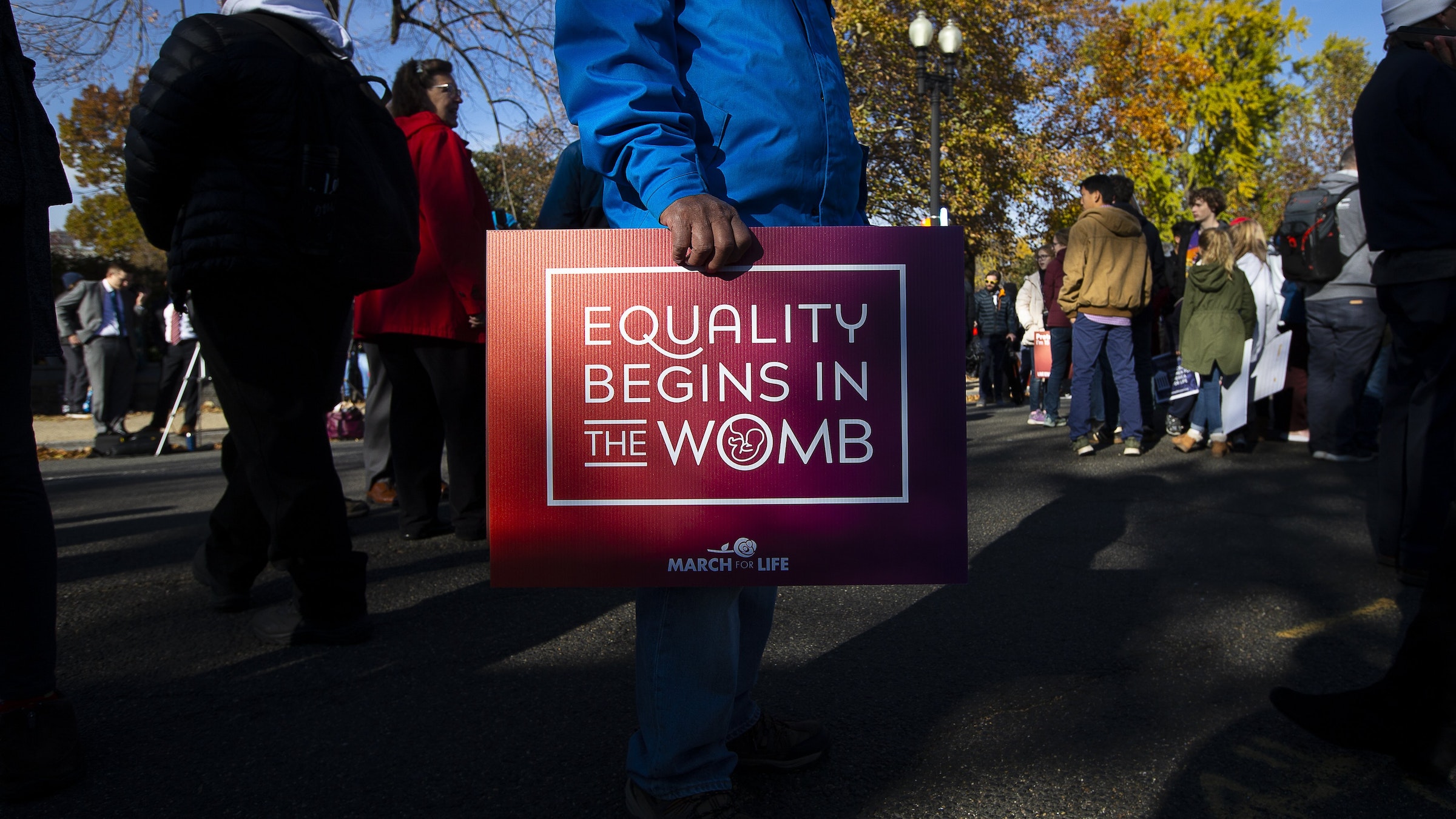 A pro-life advocate is seen near the U.S. Supreme Court Dec. 1, 2021, the day justices heard oral arguments in a case about a Mississippi law that bans abortions after 15 weeks of gestation. (CNS photo/Tyler Orsburn)

Nearly 50 years ago, the U.S. Supreme Court, in a controversial decision, established a constitutional right to abortion.

But now, the nation’s highest court has been asked to reconsider the decision it made in the 1973 case known as Roe v. Wade. If the court agrees to overturn it, regulation of abortion could return to the states.

In Michigan, this is good news for the cause of upholding the dignity of human life, because Michigan already has an abortion ban on the books. That law would likely go back into effect if the court ruled to overturn Roe v. Wade in the case before it now.

On Dec. 1, the Supreme Court heard arguments in the case known as Dobbs v. Jackson Women’s Health Organization. It involves a challenge to the state of Mississippi, which has a law banning abortion after 15 weeks’ gestation, with exceptions for a medical emergency or severe fetal abnormality.

In its defense of the law, Mississippi is arguing that “nothing in constitutional text, structure, history, or tradition supports a right to abortion.” In other words, the state is arguing for outright reversal of Roe v. Wade as well as another Supreme Court case that reaffirmed Roe, known as Planned Parenthood v. Casey.

Asking the court to overturn its own precedent is considered a tall hurdle, but it has been done before. A famous example is the 1954 ruling in Brown v. Board of Education in which the court overturned its ruling from 58 years prior — Plessy v. Ferguson — that had upheld racial segregation in public schools.

The question the court must answer in the Dobbs case is this: Are all bans on elective abortions that happen “pre-viability” — or when the baby could survive outside the womb — unconstitutional?

When Roe was decided in 1973, knowledge of prenatal development was extremely limited. At that time, viability was usually placed at week 28.

But today we know that viability may occur at week 25 or 24, and there have been cases of premature infants surviving following a birth at just 21 weeks gestation.

In addition to that, we now have ultrasound technology and can see that at 15 weeks gestation a baby’s heart is beating, brain waves are developing, there are eyes and teeth and fingers and toes — even a baby smile can be seen.

All of that happens prior to viability, which is an arbitrary, complex, unworkable, and unjustified dividing line in abortion jurisprudence. It’s made-up and ever-changing.

The defense of human life should not depend on such a vague standard.

The Supreme Court isn’t expected to issue a final decision in the Dobbs case until June 2022. What happens if it does, in fact, overturn Roe v. Wade with its decision?

The Michigan law is still on the books and could go back in effect if Roe were overturned.

However, in addition to the court either striking down Roe or upholding Roe and keeping things as they are now, the court could always do something completely different. For instance, it could craft a ruling that takes some other unknown course and possibly leave the door open for another case in the future to challenge Roe and Casey.

But if Roe is struck down, there will be efforts from pro-abortion advocates to allow abortion again widely via legislation, ballot question drives and lawsuits. If that time comes, we need your help in continuing to join us in standing up for the unborn and speaking up for the dignity of human life at all stages.

If pro-lifers had been silent instead of so active and vocal over the last 50 years, the Dobbs case might never have happened, so it’s critical to continue to champion the dignity of human life by posting on social media, contacting legislators and advocating for legal protection for the unborn and their mothers.

But with the state of abortion policy across the country in the hands of the Supreme Court for now, what are the supporters of life to do in the meantime?

In the Letter to the Hebrews, we are urged to “confidently approach the throne of grace to receive mercy and to find grace for timely help.” With that in mind, the task now is to pray and fast for a just outcome in the Dobbs case, and for protection of the unborn and their mothers.