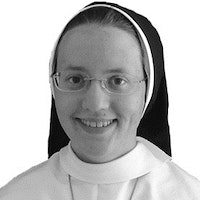 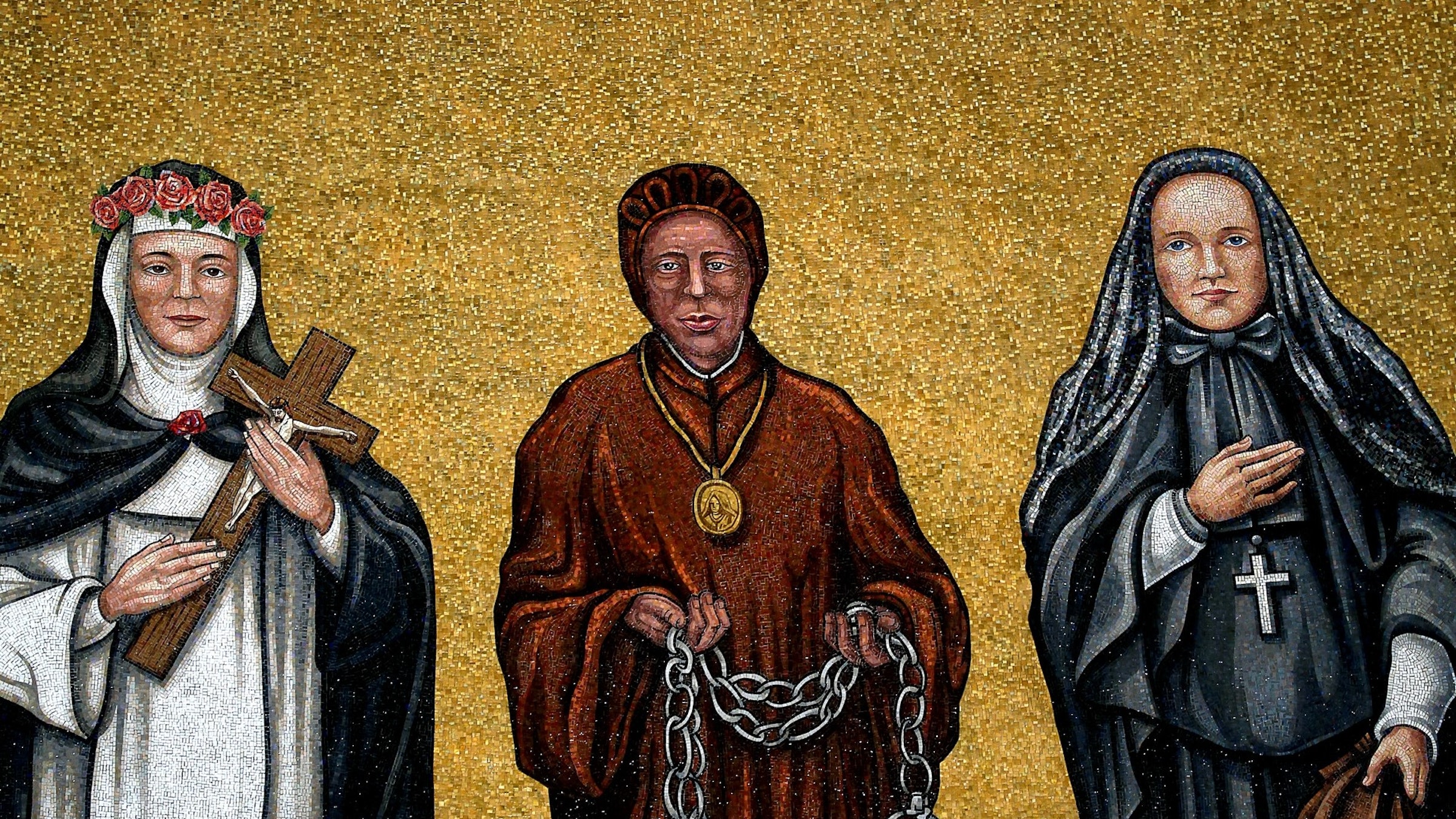 A mosaic of St. Josephine Bakhita is seen in the Trinity Dome at the Basilica of the National Shrine of the Immaculate Conception in Washington. Her relic is in the altar of the Chapel to Our Mother of Africa. The mosaic was dedicated Dec. 8. (Tyler Orsburn | CNS photo)

A student of mine recently inspired me to pick up a biography of St. Josephine Bakhita. My student is one of many who have drawn hope from the story of this Sudanese saint, who was kidnapped as a child and spent 12 years as a slave. In Italy, Bakhita discovered both God and a religious vocation, and, in the following decades, became a beacon of gentle light for all who met her.

Sr. Josephine Bakhita died on Feb. 8, 1947; thirty-two years later to the day, my grandmother would die, at age 64, of multiple sclerosis. In the democracy of grace, Sr. Josephine and my grandmother, ostensibly such different people, share two virtues valuable in these uncertain times: amiability and courage.

Amiability involves summoning the strength to reach out cheerfully to others, bringing them Christ, regardless of one’s own feelings. Many approached Sr. Josephine, a Black Sister in Italy, as an oddity. Children often reacted in fear because of her dark skin. Despite this, and her difficulties speaking the Venetian dialect, Bakhita never avoided people. On one occasion, she spotted some new young pupils at the Sisters’ school. Coming up to them slowly, she asked, “Are you afraid of me? Don’t be afraid!” With her kind demeanor, she gained their confidence, and the precious opportunity to speak to them of God’s love.

Unlike Bakhita, my grandmother, a cradle Irish Catholic from Erie, Pa., was afforded unusual educational opportunities, graduating in 1936 as one of the first women to earn a master’s degree from the Catholic University of America — in Greek and Latin. Yet, like Bakhita, she exercised heroic amiability through the many years of her illness. My father recalls her as the most cheerful member of their family; as a boy, each afternoon after school, he would sit by her bedside, confident she would receive with attentiveness the details of his day. She faced with grace the indignities of her disease and my grandfather’s anxiety. That courage — which also led her to carry to term a baby, my aunt, conceived after her diagnosis of MS — eventually brought my grandfather to the waters of baptism.

Bakhita demonstrated similar courage. When her mistress returned from a trip to collect her from the Canossian Sisters in Venice, where she had encountered Christ for the first time, Bakhita refused to resume her servitude. Civil authorities and the patriarch of Venice took Bakhita’s side, and she eventually won her case. Much later, during World War II, her superior came to ask for her prayers: the community was in dire financial straits. “Mother,” chided Bakhita, “to whom can Jesus come with a little suffering if not to His brides? I will pray, but that God’s will be done.” Offering human consolation would have been easier, but Bakhita instead chose boldly to recall the redemptive value of suffering.

So this Feb. 8, St. Bakhita’s feast day and my grandmother’s eternal birthday, let us ask God for the virtues of amiability and courage in living and proclaiming His truth.