Disparaged and under attack, pregnancy centers deserve our support 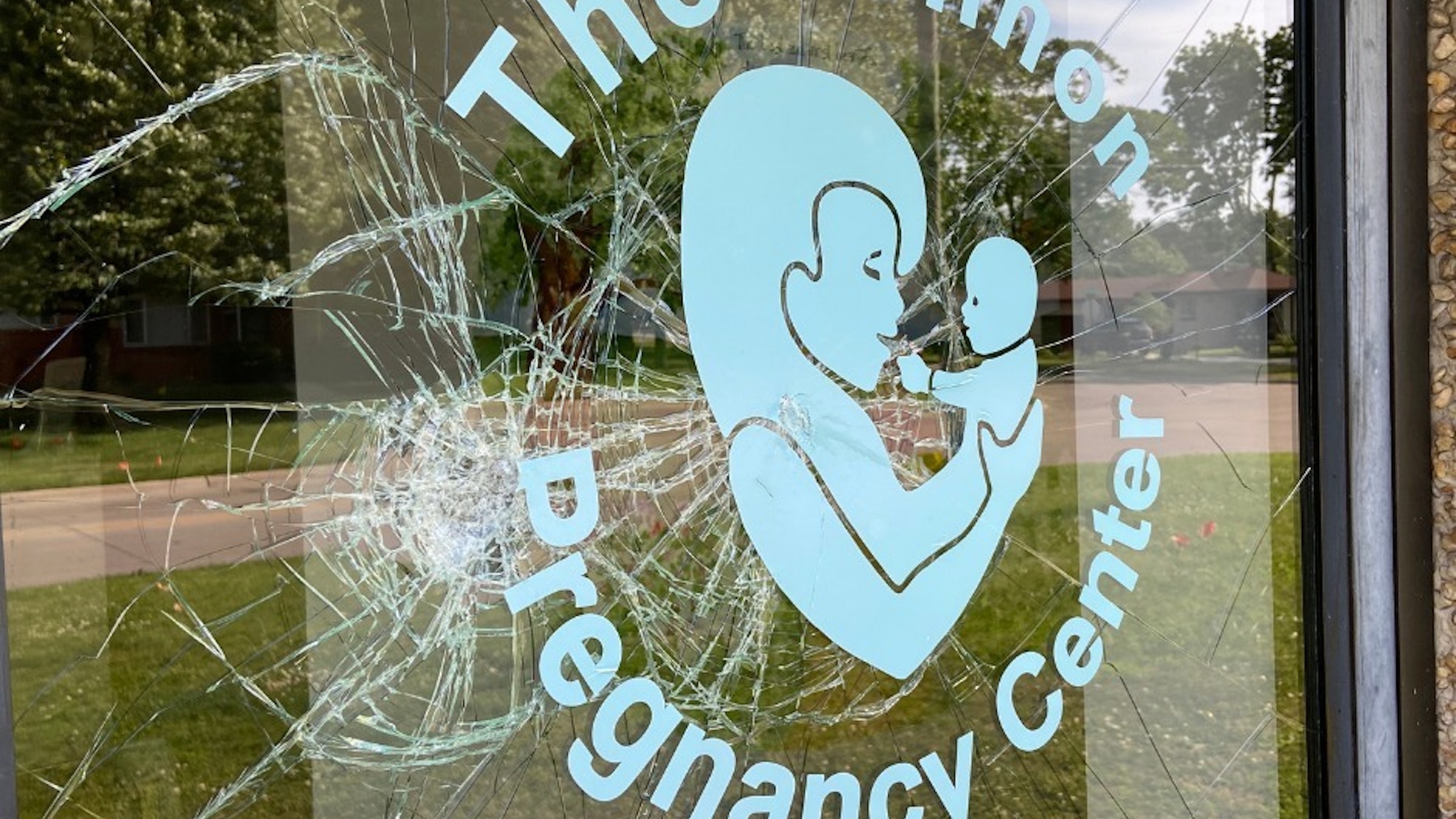 Nonprofit pregnancy resource centers are essential for building a pro-life culture that supports women and the children they bring into our world. Through the free support provided to women in difficult pregnancies, resource centers address concerns that might otherwise lead a mother to conclude that abortion is a solution.

Yet pregnancy centers across the country are under attack. The past few months have seen pregnancy centers firebombed and vandalized. Abortion advocates claim responsibility for these acts of violence, who sadly see the killing of children in the womb as not only acceptable, but as a "human right" or as "health care."

Much of the violence erupted in the weeks after a draft opinion leaked from the Supreme Court showing most justices supported overturning Roe v. Wade and ending unfettered nationwide access to abortion.

“It really leaves me with my head spinning as to why those who are angry about the potential of Roe going acting out their anger toward pregnancy centers, because it must mean they don’t really know what it is we do,” said Jim Sprague, CEO of the Pregnancy Resource Center in Grand Rapids, in a recent MLive article, before the Supreme Court struck down Roe.

Pregnancy centers provide a host of services to women and material resources before and after birth. Many are well-positioned to accompany women throughout pregnancy, birth, and early parenthood.

"All we do is provide absolutely free services out of compassion and care to help," said Christa Wetzel, executive director of Alpha Care Center, in the MLive article.

Yet pregnancy centers have been called "fake women’s health centers" and accused of "preying on women." Those inflammatory comments came from the office of Gov. Gretchen Whitmer, who used that justification to veto millions in state funding that would have helped pregnancy centers assist hundreds if not thousands of Michigan women.

In a letter explaining why she vetoed funding to set up centers to help pregnant college students, the governor said she would reject spending that would "harm women's health care."

To suggest that pregnancy centers — in trying to prevent abortions — are harming women's health is tragically ironic. How can abortion be considered health care when it ensures the death of at least one human life and the traumatization of the mother in the process?

Because pregnancy centers do not consider abortion a solution for women, they lost out on as much as $36 million in state funding over the past two years due to vetoes Gov. Whitmer has issued.

In recent months, elected officials who support abortion have left no stone unturned in ensuring abortion is still available. Besides suing to revoke Michigan's existing law protecting the unborn and asking the state courts to declare a constitutional right to abortion, Gov. Whitmer has also taken steps like asking the federal government whether Michiganders can go to Canada to get a medication-induced abortion.

What if those same efforts were put into avoiding abortions in the first place? What if those efforts went toward investing in wrap-around care that mothers in difficult situations need to carry their children to birth?

While the governor has made clear she does not recognize pregnancy centers as worthy of taxpayer support, Catholics can step in.

One of the roughly 150 pregnancy centers in our state — including the statewide network of Catholic Charities agencies — could be in your hometown and in need of maternity clothes, gently used toys, or other supplies that might be sitting around your home but could be of significant help to a mother facing an unexpected pregnancy.

To build up a culture of life supportive of mothers and their babies, Catholics are called to walk with mothers in need, and one material way to do that is to support the pregnancy centers and Catholic Charities agencies that are already helping mothers choose life.

Let us allow the love that exists in our hearts for Christ and our neighbors to pour out for women in need and the pregnancy centers that help them. And pray, too, for the angry and hurt among us, for their hearts and minds to be open to life and true love.