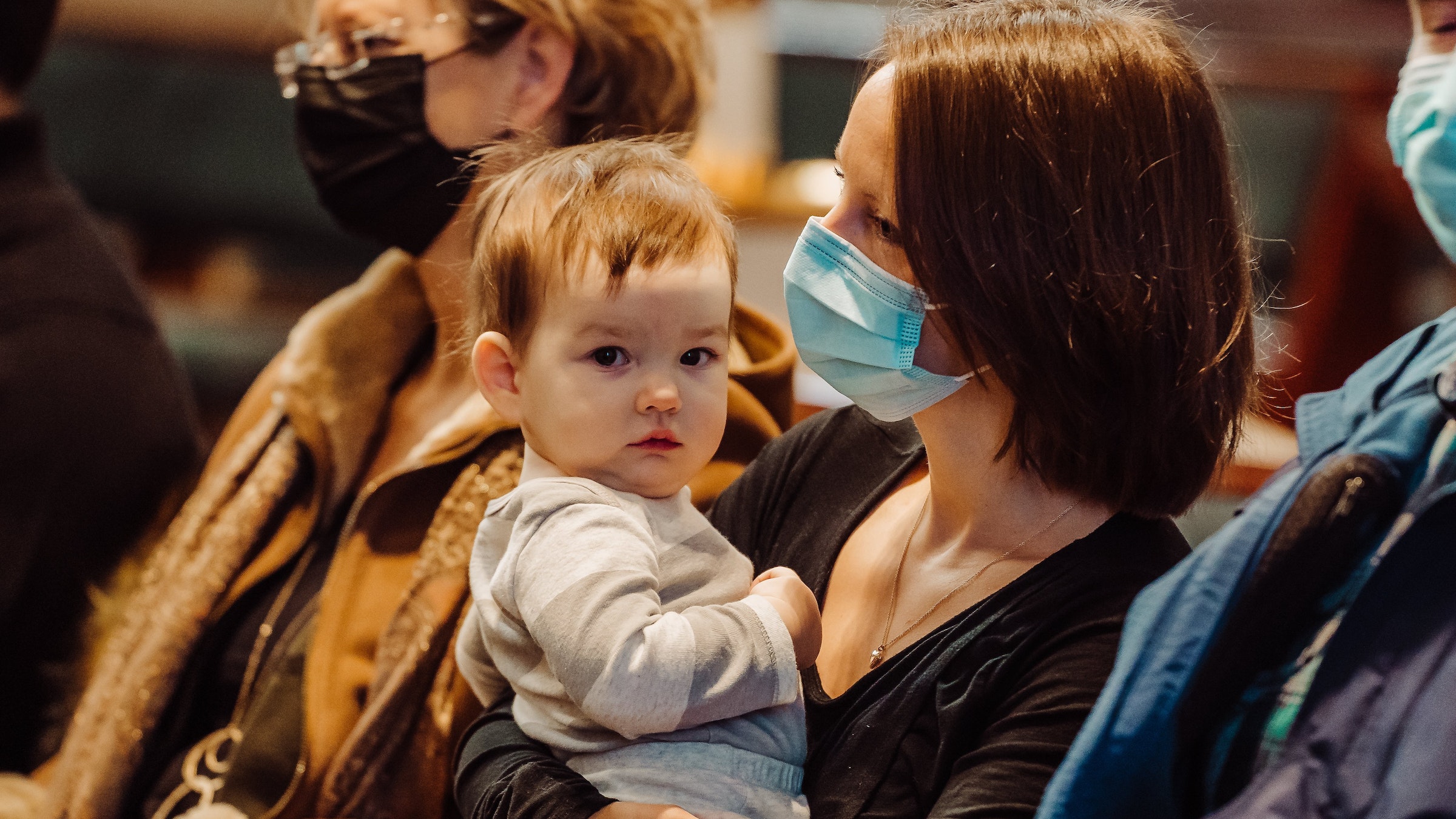 Families attend a Mass for "the protection of the unborn" Jan. 23, 2021, at the Cathedral of the Most Blessed Sacrament in Detroit. (Valaurian Waller | Detroit Catholic)

“When the days for Jesus’ being taken up were fulfilled, he resolutely determined to journey to Jerusalem” (Luke 9:51).

I had a homily on priestly vocations prepared for this Sunday, but Friday’s Dobbs v. Jackson Supreme Court decision is too important to leave aside even for a week. The overturning of Roe v. Wade, after five decades of unfettered abortion and tens of millions of innocent lives lost, is a victory of monumental proportions for the cause of human life.

This moment of history also presents monumental challenges, especially to those of us who are disciples of Jesus Christ. And that’s why I want to begin by looking to Jesus as we see Him in today’s Gospel.

And what do we see in Jesus? Absolute dedication to His Father’s will. To His mission. That Jesus “resolutely determined to journey to Jerusalem” means He resolutely determined to go to the place where He would give His life for our salvation. He did not go for the world’s biggest political rally, but to suffer the most terrible worldly defeat — an apparent defeat that was actually a divine victory of the most epic proportions.

The phrase “resolutely determined” is, in the original Greek, a direct callback to Isaiah 50:7: “The Lord God is my help, therefore I am not disgraced; Therefore I have set my face like flint, knowing that I shall not be put to shame.”

This is a text about the Suffering Servant of the Lord, one of the major themes of the Book of Isaiah. In the two verses immediately preceding this one, the Prophet writes in the voice of the Servant, “The Lord God opened my ear; I did not refuse, did not turn away. I gave my back to those who beat me, my cheeks to those who tore out my beard; My face I did not hide from insults and spitting.”

The disciples of Jesus, those who proclaim, uphold, and defend the Gospel of Life, are very likely to see severe opposition in the coming days. It has already started in some places. But you and I are not alone, and we don’t have to figure out some new way of responding to those who oppose or even attack us. We just need to look at Jesus and to do as He did when He walked to Jerusalem.

In today’s second reading, St. Paul reminds us that the whole law is fulfilled in one word, love. “You shall love your neighbor as yourself.” This is the way of true freedom. It is the truly American way. America was not founded on that false “freedom” that is really just license to do whatever you want. True freedom is the power to do what is good, to do what is right.

Recall President Abraham Lincoln’s second inaugural address. As the Civil War was coming to a close, Lincoln was very concerned no longer about winning the war but about how the nation would live and thrive after the Union’s victory. He said, “With malice toward none; with charity for all; with firmness in the right, as God gives us to see the right, let us strive on to finish the work we are in; to bind up the nation’s wounds.”

We need to thank God for the victory He has given, not to a political party, but to all of His children in this great country. And we need to give thanks for all those who “resolutely determined” to bring this day about through their prayers and pro-life advocacy. But now we are called to a new resolute determination to bring the love of Christ to every child, woman, and man.

We need to work for the end of abortion, and for the conversion of hearts and minds that will make this end possible. We need to give self-sacrificially to make sure that every woman has what she needs during and after her pregnancy, in order to share Christ’s love herself with the child He has blessed her with. We need to show steadfast love to those who oppose us. To those who accuse us. To those who seem to hate us.

If we do not falter, we know God will not falter, and the mission He has entrusted to us will be fulfilled. And together we will build a civilization of love and become, to use Jesus’ words from the end of Sunday’s Gospel, “fit for the Kingdom” of God, where we will live in peace and joy with Him forever.

Editor’s note: This homily was given by Fr. Fox on June 26, 2022. This column first appeared in Catholic World Report, and is reprinted in Detroit Catholic with permission.