Letting our hems touch those around us who need healing 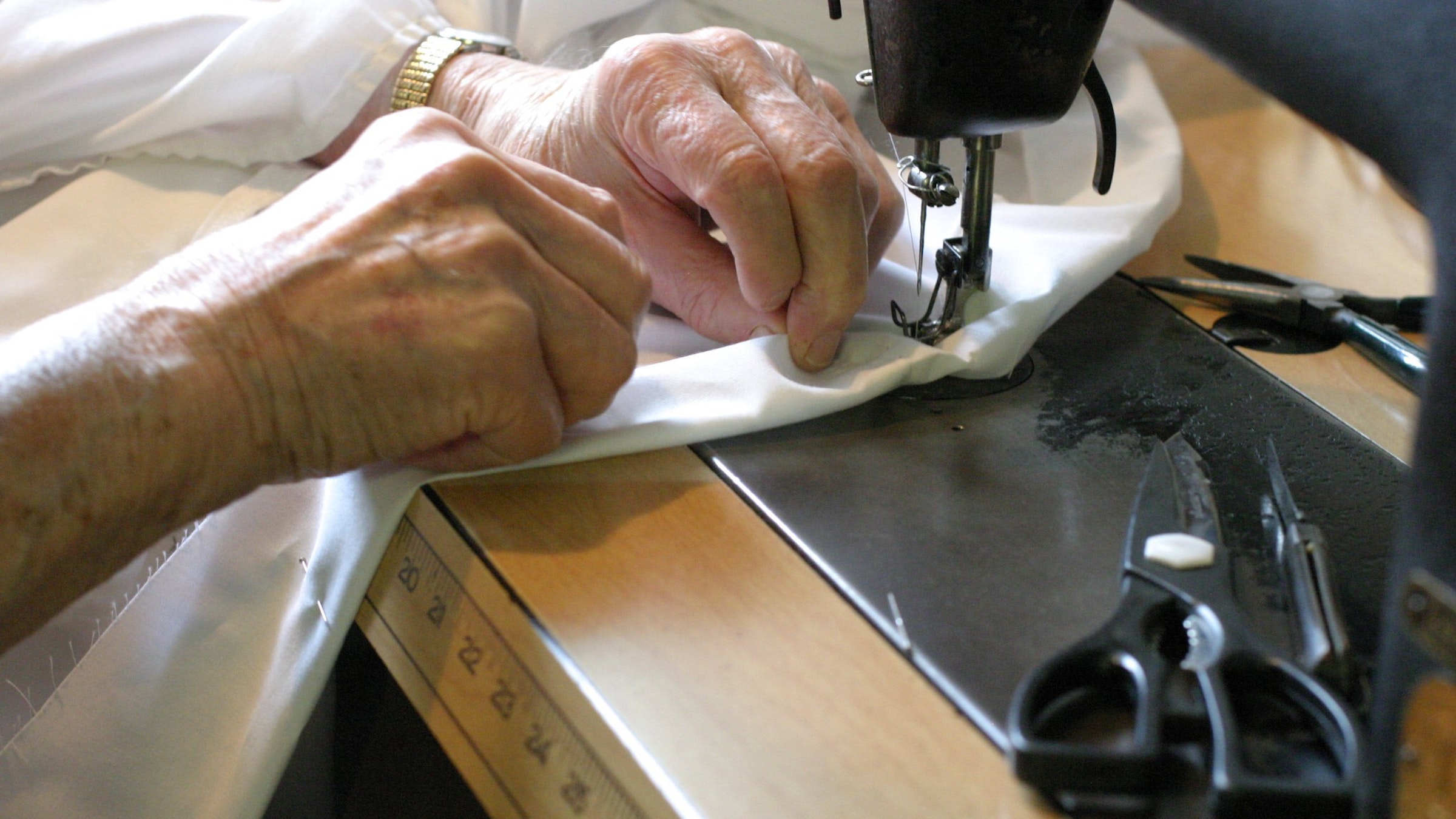 A Trappist monk sews the hem of a habit in the tailor shop of the Monastery of the Holy Spirit in Conyers, Ga. (CNS photo/Michael Alexander, Georgia Bulletin)

“Love has a hem to her garment that reaches to the very dust. It sweeps the stains from the streets and lanes, and because it can, it must.” This quote is attributed to Mother Teresa, whose feast day we celebrated on Sept. 5, and I recently attended a funeral where the priest chose it as the opening for his homily. It struck me as a particularly vivid image — probably because, assigned to Rome this semester and sedulously exploring the beautiful city these past weeks, I have spent more time than usual scrubbing the grime of its streets out of my habit hem!

But Mother Teresa ingeniously re-imagines the action of the hem not as something accidental but as something chosen — chosen by charity. True charity goes to the places that are sullied, discomfiting, low, forgotten. Who are the persons whose horizon is the dust of the streets, the shoes of passersby? The sick and abandoned — lying on Calcutta’s curbs — or very small children, or those whose age or infirmity means they can look only downward. To these persons charity comes. To them Mother Teresa came, touching them tenderly, lifting them up, radiating the joy of the truth.

We are aware of the immense significance of Jesus’ washing His Apostles’ feet, a repellent task because of what their feet might have picked up from the streets. Think, then, of what Jesus’ hem might have picked up — and then of the heroic humility and hope of the hemorrhaging woman who desired to touch only His hem — not Him Himself or another piece of clothing, but His hem. She humbled herself to that lowliest possible part of His garment, and, at the same time, knew that the power of Christ’s divinity could work as well through His hem as through anything else. And she was healed. When divine charity meets our humility, as in the sacrament of confession, tremendous restoration can take place.

Mother Teresa’s image of the hem taught me another lesson: our capacity is limited, and that is all right. A single hem cannot cleanse every cobblestone of every Roman street. So we do what we can, and we start with those closest to us. When asked how she had taken 50,000 people off the streets of Calcutta, she replied, “I started with one.” We start with one — one act of virtue or self-sacrifice, one apology to someone we have wronged, one confession. We have our part to play in the coming of God’s kingdom; we are not expendable. God desired us; He created us with infinite love, sustains us in existence at every moment, and is always inviting us closer to Himself.

As we try to exercise charity, we will recognize our own need of it, from others and from God. We are the ones whose horizons are low and limited — both by our sin and by circumstances outside our control — and into our line of vision passes the hem of Jesus, and His voice asks, “Do you wish to be healed?”