Our prayers are powerful, even when we don't know for whom we're praying 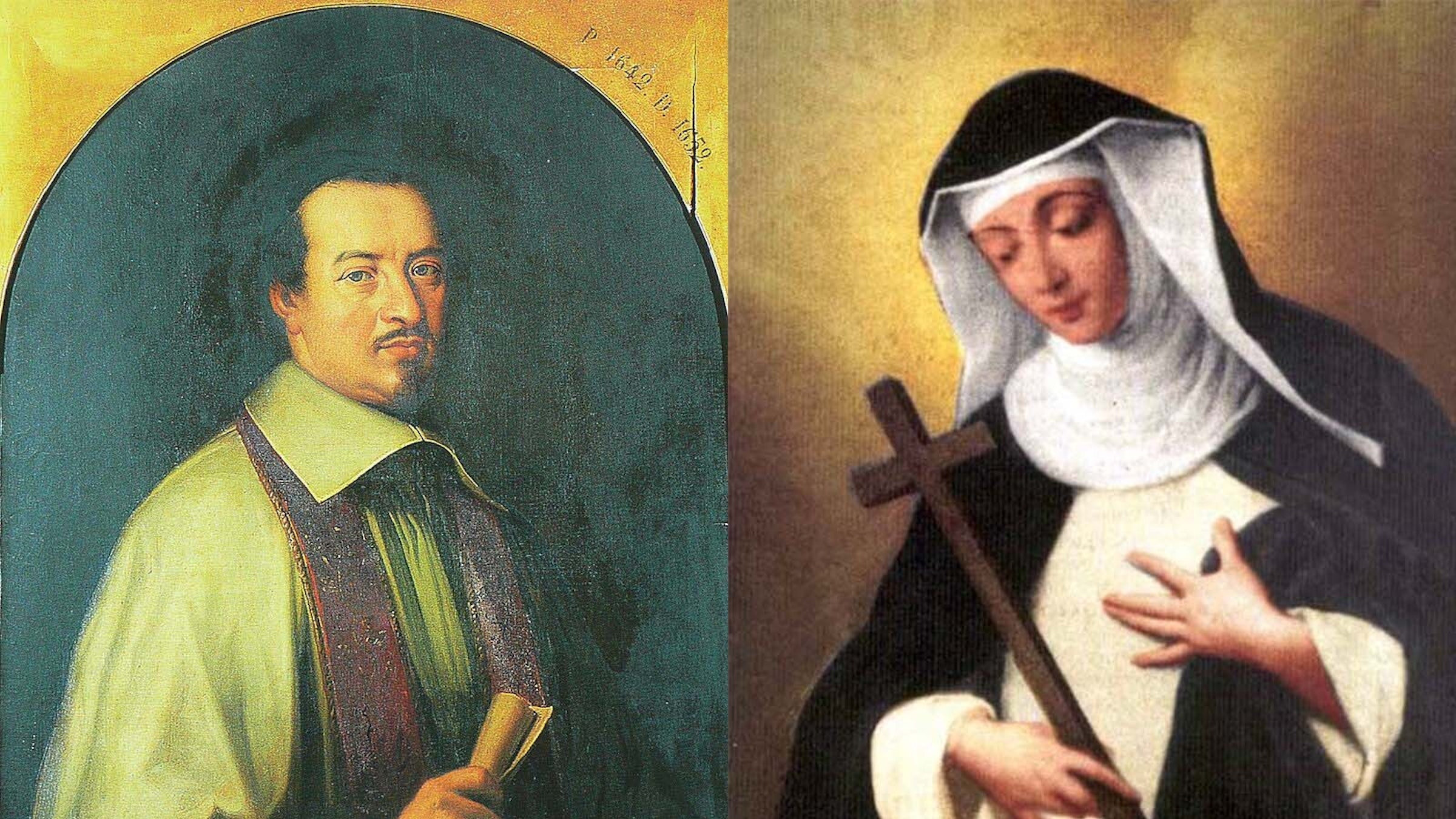 Fr. Jean-Jacques Olier, founder of the Sulpician order, left, and Blessed Agnes of Jesus, a 17th century Dominican, were linked together by prayer, despite not having met one another until two years after Sr. Agnes received a vision to pray for Fr. Olier. (Public domain photos).

This fall, the Sulpicians in Washington, D.C., introduced our Sisters to Blessed Agnes of Jesus, a 17th century Dominican whose friendship with Sulpician founder Fr. Jean-Jacques Olier illustrates a striking truth: God intends our prayers and sacrifices to help others in building up His kingdom.

This truth emerges in the Apostle Paul’s beloved analogy of the Church as the Body of Christ. The Body’s members, Christians throughout time and space, are intimately connected: “As a body is one though it has many parts, … so also Christ. For in one Spirit we were all baptized into one body …. If [one] part suffers, all the parts suffer with it; if one part is honored, all the parts share its joy” (1 Cor 12:12-13, 26).

The most striking aspect of the story of Blessed Agnes and Fr. Jean-Jacques is God’s direct intervention to associate these two “members of the Body.” In 1631, Blessed Agnes, regularly favored with mystical graces, had a vision of Our Lady, who told her to pray and sacrifice for a particular priest unknown to her. Agnes readily obeyed. Separately, that priest, Fr. Olier, received a vision of a nun approaching him from a bright light and saying, “I am praying for you.” Two years later, hearing of a nun renowned for her holiness, he was moved to arrange a meeting. Upon seeing one another, each immediately recognized the other. During the rest of her short life, through her letters, her prayers, and the offering of her intense sufferings, Blessed Agnes became Fr. Olier’s collaborator in the work of reforming the Church in France.

I tell my students a similar story dating from the following century. As a young man, Bishop William von Ketteler of Mainz had a conversion — a vision of Christ revealing His Sacred Heart and, kneeling before Him, a nun, her work-roughened hands raised in prayer. A voice admonished, “She prays unremittingly for you!” William abandoned his career as a lawyer and entered the seminary, embarking upon a priestly life that proved as spiritually fruitful as his former one had been worldly.

Thirty years later, distributing Holy Communion at a convent, he froze in disbelief: the nun of his vision was approaching the Communion rail. Later he learned that she offered the difficult menial tasks of her daily life to Christ’s Sacred Heart for one particular soul whom God would choose. Would she like to know who that soul was? “No. Our dear God knows, and that is enough.” Ketteler asked her age and then, astounded, her date of birth; she was born on the day of his conversion. He confided to a friend: “Now I found the one I have to thank for my vocation. It is the poorest lay sister of that convent. On the day she first saw the light of the world, God worked my conversion, accepting in advance her future prayers and works.”

Evangelizer extraordinaire Archbishop Fulton Sheen was known, in passing a hospital, to look up at the windows and murmur, “How much suffering — and how much of that suffering goes to waste!” In this new year, perhaps we can pick one or two people for whom especially to pray and to offer our difficulties. Our story may not be as dramatic as that of Blessed Agnes or Bishop Ketteler’s nun, but we will be building up Christ’s Body. 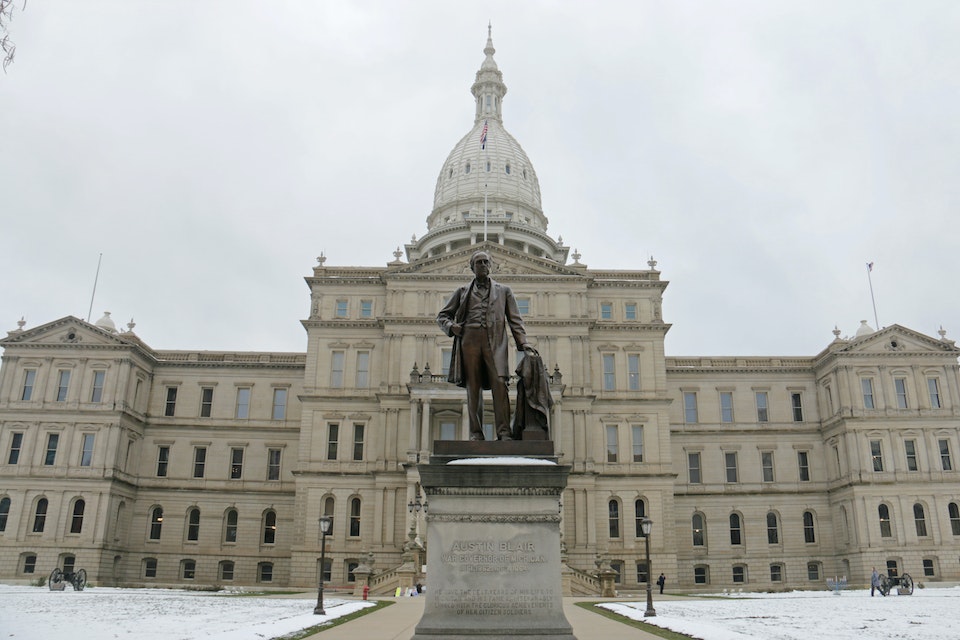 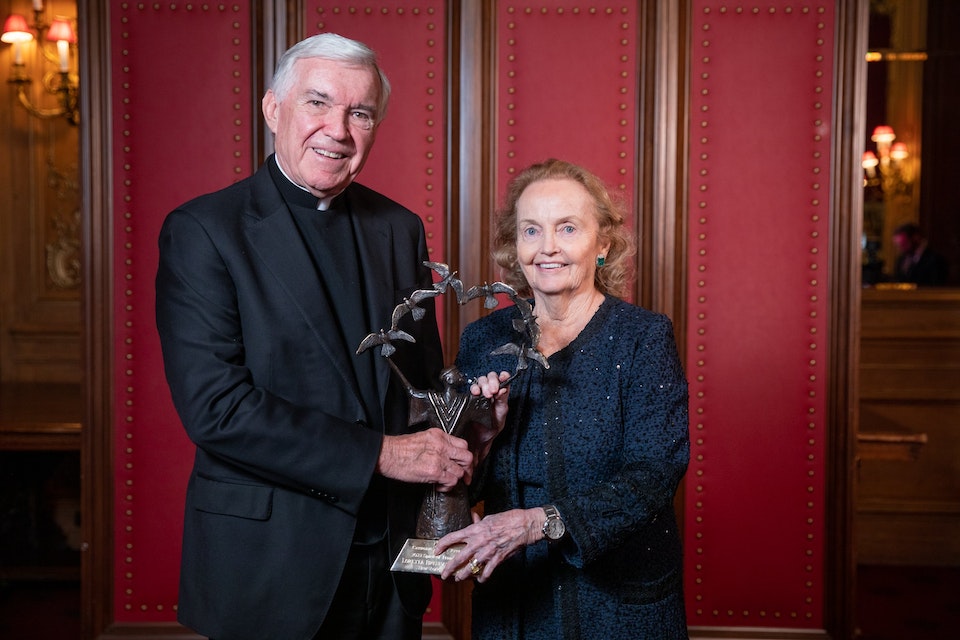