What supporters of the Michigan abortion proposal won't tell you 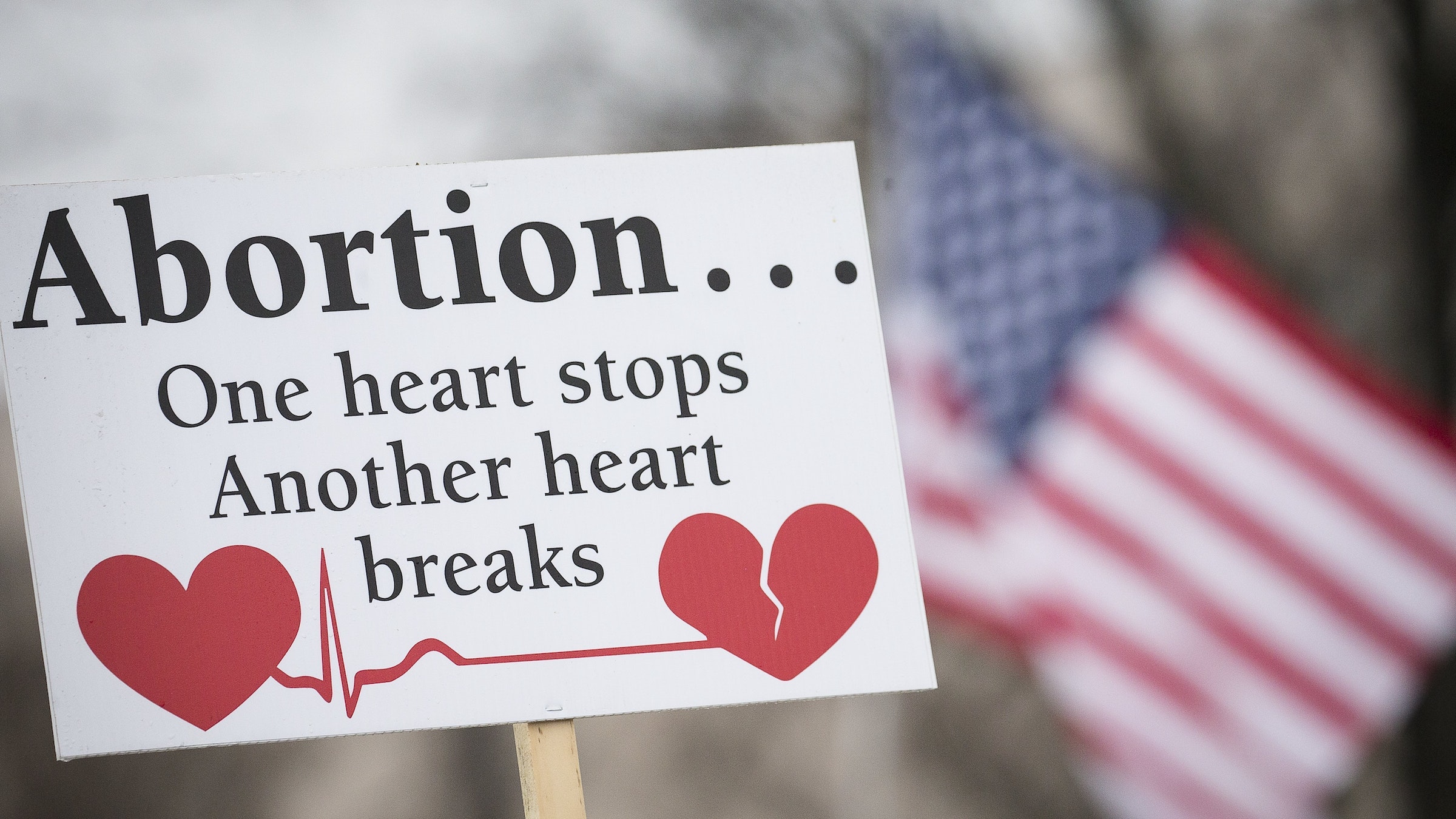 A pro-life sign is displayed during the 2019 annual March for Life rally in Washington, D.C. (CNS photo/Tyler Orsburn)

At this point in the election cycle, Michigan voters may know an abortion proposal will be on the November ballot.

Voters may also believe this proposal would reinstate Roe v. Wade. But that claim is false.

The proposal has been framed as just ensuring abortion is legal like it was before Roe was struck down. It was portrayed in a recent poll question as merely establishing abortion as a right in the constitution.

But for voters to make an informed decision on the proposal, they need to know that it is NOT simply making sure abortion is legal in a post-Roe Michigan. The proposal goes much further than that: It allows abortion for any woman or girl at any point in the pregnancy for any reason — and then some.

It starts in the first sentence of the language, where it says, "every individual has a fundamental right to reproductive freedom." Because it says "individual," and not adult, the reproductive rights afforded in this amendment would be applied to children.

What kind of reproductive rights would also apply to children? Children would have a constitutional right to seek sterilization and contraception. Those terms are listed right in the language.

If the amendment was only about restoring the abortion rights of Roe, why did the proposal's authors include sterilization and contraceptives? And why are children included in these rights?

Legal experts believe dozens of laws could be invalidated, including the parental consent requirement for children seeking an abortion, because children would have a right to an abortion under the amendment.

Other laws that would fall include those that ban late-term and third trimester abortions. Under the provisions of the amendment, an abortion could be permitted at any stage of pregnancy for almost any reason.

Laws that regulate the quality and safety of abortion facilities would be gone under the amendment, as would the requirement that only physicians perform abortions.

Taxpayers would be forced to pay for abortions, as the amendment language says the state cannot discriminate in enforcing reproductive rights. If tax dollars can pay for other medical procedures, why would tax dollars for abortions be banned under this amendment?

That is not how things were even when Roe was in effect. Based on those examples alone, the proposal is not simply about ensuring legal access to abortion.

Unfortunately, advocates for this amendment will say it is only about making sure abortion is legal and accessible, yet the language they crafted for the constitution goes far beyond that notion.

If more people know that, they might be more reluctant to support such a dangerous and extreme proposal.

Read the 300-plus words of the amendment or the 100-word summary and decide yourself whether this proposal is just about making sure abortion is available, or if it is dangerous for women and children, extreme in taking away parental rights, and wrong for Michigan. And remember to vote no on Proposal 3 in November.