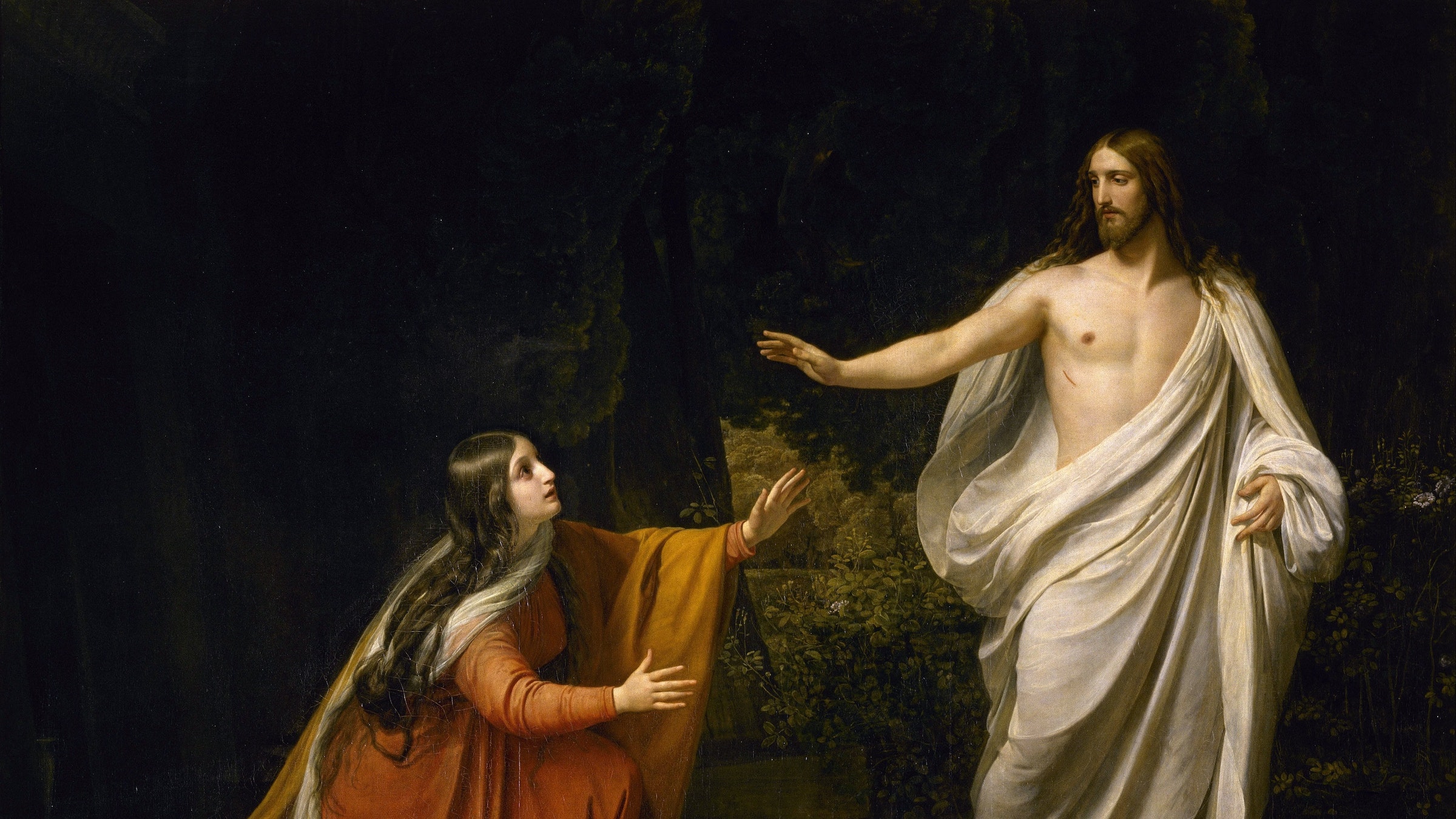 This is "Christ's Appearance to Mary Magdalene After the Resurrection" by the Russian painter Alexander Andreyevich Ivanov. Because Mary's heart has been turned toward Christ through conversion and repentance, she becomes one of his most fervent, faithful disciples. (CNS photo/Wikimedia Commons)

“I have seen the marvels of God! I have seen the marvels of God!” This cry of wonder burst forth from Blessed Jean-Joseph Lataste as he stood before the 400 women of Cadillac prison on the morning of Sept. 17, 1865. It was his last sermon of a multi-day retreat given to these women, whose crimes included prostitution and infanticide. During the previous night’s Eucharistic adoration, Lataste had expected the women to relieve one another two by two. Instead, they relieved one another two hundred by two hundred.

Meanwhile, Fr. Lataste was sitting, hour after hour, in the sacristy, hearing confessions — and realizing that, in the year since he had offered his first retreat to these women, something incredible had taken place. They were living lives of voluntary self-denial and cultivating interior union with God. These women of the streets were now, truly, lovers of Him.

By “the marvels of God,” Lataste referred to the work of divine mercy in their souls. And in his heart was born the idea that would come to be the Dominican Sisters of St. Mary Magdalene of Bethany. Lataste overcame great obstacles to found something unheard of, a religious community where women released from prison live as Sisters alongside women who have never known incarceration.

That St. Mary Magdalene figures in the community’s title is no accident. In 1860, Lataste was a novice at the Dominican priory housing the saint’s relics, and that year, they were solemnly transferred from one reliquary to another. It was decided that, before they were placed in the new reliquary, the two novices confined to the infirmary should have the opportunity to venerate them. Lataste was one of those two. At the moment he kissed the relics, he received an extraordinary grace, an unshakable conviction that within the greatest sinners dwells the greatest capacity for sanctity. From that conviction arose an urgent desire for the salvation of lost souls — and from this desire later blossomed his new religious community.

In his encyclical on the Holy Spirit, St. John Paul II writes that the Spirit offers us two gifts: conviction of our sinfulness and conviction of Christ’s redeeming love. Lataste preached about both:

“As soon as he made allusions to their past faults, they could be heard crying, even sobbing, and striking their breast. When he spoke of the great mercy of God, of His partiality for souls who wanted to love Him as Magdalene did, they would slowly lift up their heads; their faces brightened little by little. It would seem that the prison walls had become lighter.”

As we approach St. Mary Magdalene’s feast on July 22, let us ask her to teach us both the extent of our sinfulness, so that we can truly repent of it, and the extent of the love with which our Redeemer loves us and desires our happiness. Then, wondering at the work of His mercy within us, we too can cry, “I have seen the marvels of God!”