40 Days for Life fall campaign to end abortion begins in over 1,000 cities 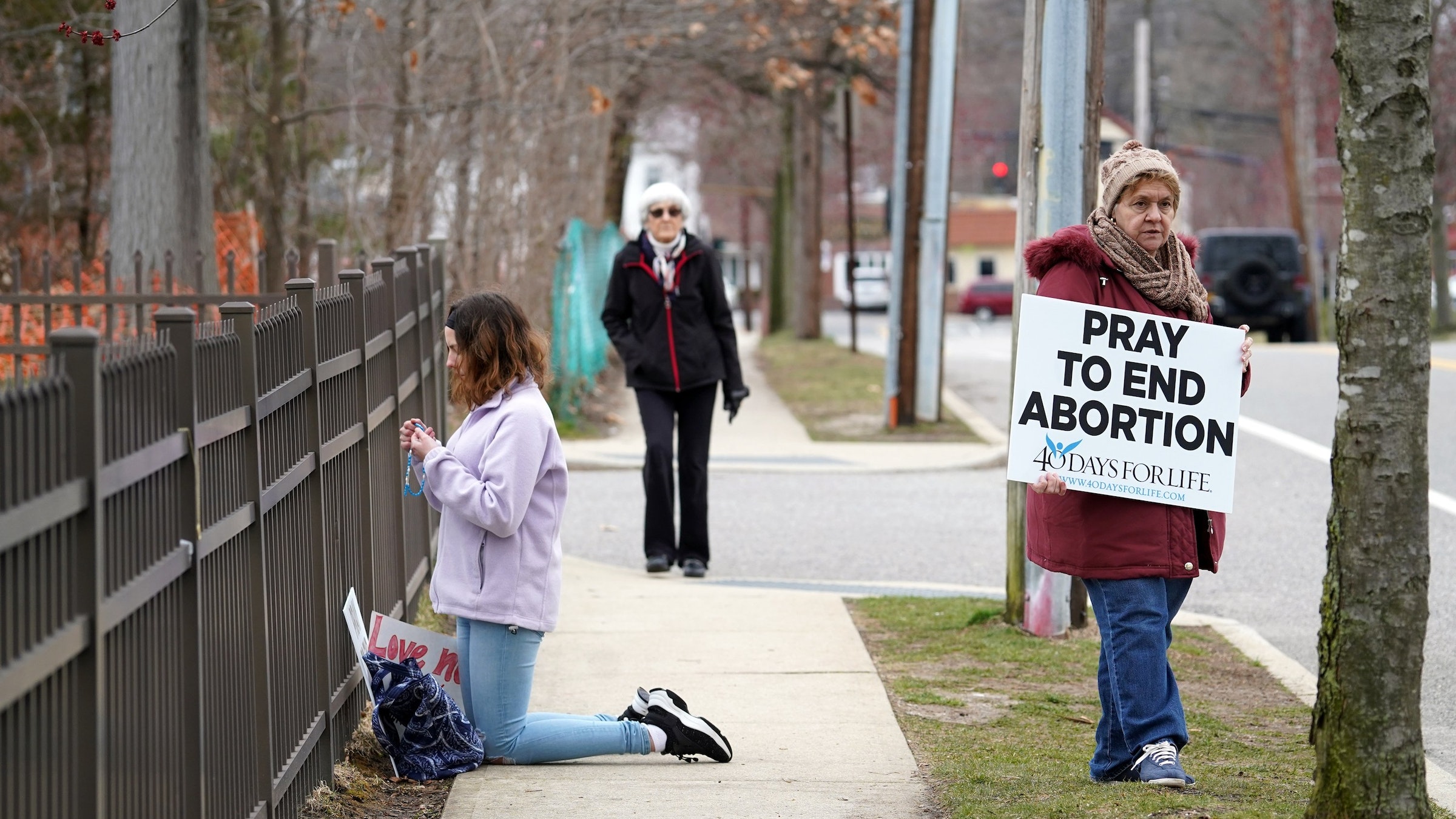 Pro-life advocates participate in a 40 Days for Life vigil near the entrance to a Planned Parenthood center in Smithtown, N.Y., March 19, 2020. The Texas-based 40 Days for Life organization started its fall campaign to end abortion in over 1,000 cities Sept. 22, 2021, with participants planning to pray and fast 24/7 outside abortion facilities. (CNS photo/Gregory A. Shemitz)

BRYAN, Texas (CNS) –– The national 40 Days for Life organization launched its fall campaign Sept. 22, with volunteers in over 1,000 cities across the country planning to pray, fast and hold 24-hour vigils outside abortion clinics.

They also will participate in outreach to the community to promote awareness about abortion and outreach directly to women considering abortion.

"With the changing abortion landscape, as well as things happening legislatively in the states and nationally in the Supreme Court, there has never been a greater time for this coordinated pro-life movement in our nation," said Shawn Carney, president and CEO of the Texas-based organization.

"Great strides are being made to end abortion, and we know these peaceful vigils make a difference," Carney said in a statement.

Regarding this "changing" landscape, he pointed to "the national angst and protests related to abortion, specifically concerning the Texas 'heartbeat bill,'" which bans abortions in the state after six weeks of pregnancy and allows an exception only in the case of a medical emergency.

On Dec. 1, the Supreme Court will hear oral arguments in an appeal from Mississippi to keep its ban on abortions after 15 weeks of pregnancy, and supporters of the law are urging the court to reexamine its previous abortion rulings, including 1973's Roe v. Wade ruling legalizing abortion nationwide.

Carney said the goal of the 40 Days for Life event, which will end Oct. 31, "is threefold.”

The aim is "to empower pregnant women to choose life for their babies, to inspire abortion workers to step away from their industries, and to work toward closing abortion facilities in our country and around the world," he said.

According to 40 Days for Life, about 25% of those leading the campaign are women who previously had abortions "and now want to empower women to choose life.”

"We have heard story after story of women choosing life due to the outpouring of love and truth seen through the 40 Days for Life campaigns," said Carney. "So many lives have been saved through the efforts of our volunteers and the passion and purpose they have to end abortion.”

The organization has a list of participating cities and locations in those cities posted on its website at 40daysforlife.com/location.

Since going national in 2007, 40 Days for Life has carried out more than 6,000 campaigns in 64 countries and "saved 19,198 lives, contributed to the closing of 112 abortion centers and helped 221 workers quit the abortion industry," according to a news release from the organization.

All of this has been accomplished, it said, "by holding community-led peaceful prayer vigils outside local abortion facilities twice a year worldwide.”

In addition to its regular campaigns each spring and fall, the Texas pro-life organization launched its first 40 Days for Life 365 campaign late last year after years of development. It's being rolled out in various locations around the nation.

One of those places is the Denver Archdiocese, where Planned Parenthood operates the nation's second-largest abortion clinic, and the new campaign began this year on Aug. 14.

"We believe this will be a historical day that marks 'the beginning of the end of abortion'" at Planned Parenthood of the Rocky Mountains in Denver's Stapleton area, said Maria Elisa Olivas, community coordinator for Catholic Charities of Denver.

"This will be the day that the Christian community of Denver pledges to have someone praying for the unborn not just 40 days, but every day" this facility is open, she said in a statement issued as the campaign began.