After California shooting, pope says world is 'obsessed' with guns 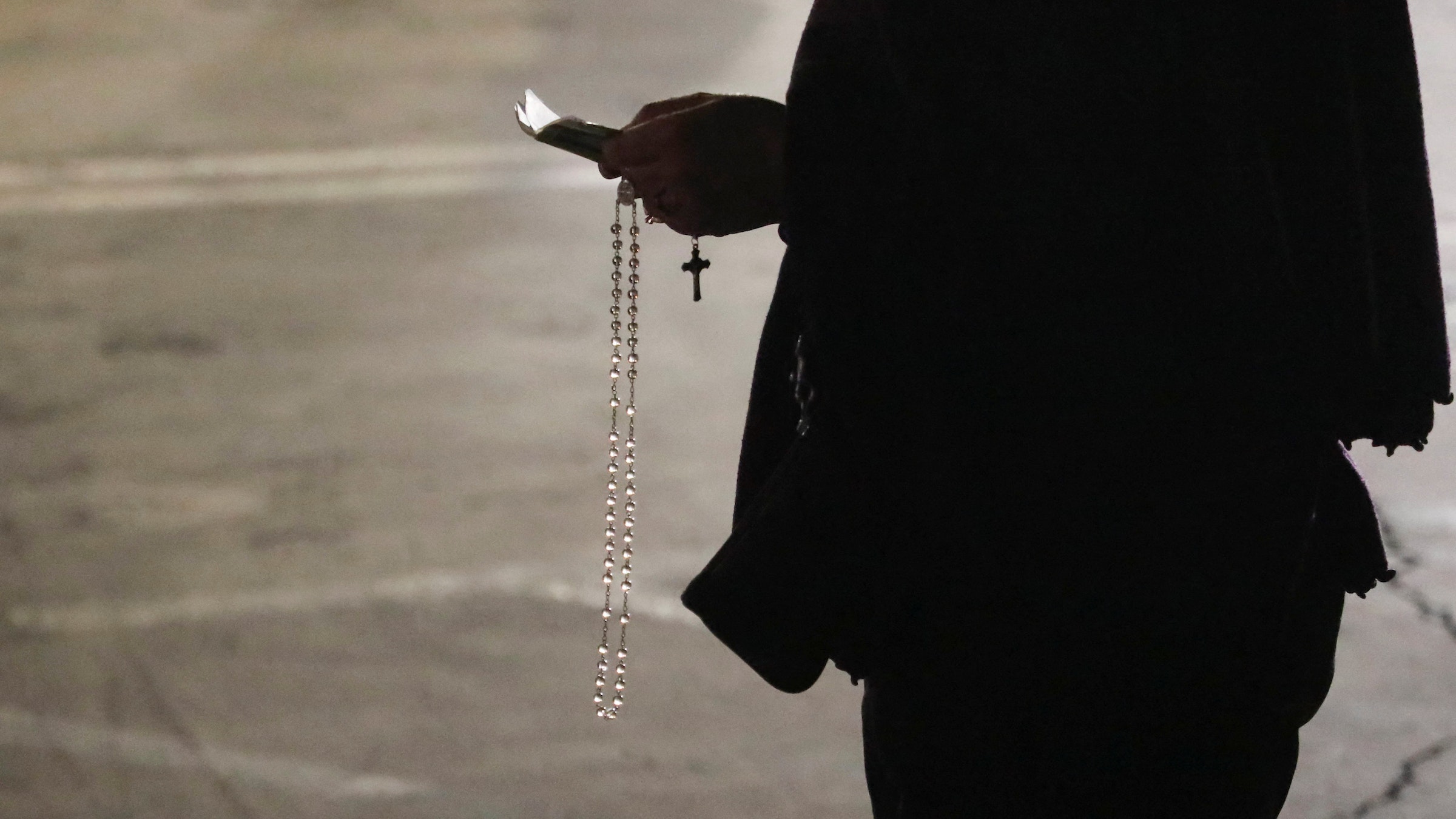 A person prays with a rosary during a vigil outside the entrance of the Star Ballroom Dance Studio in Monterey Park, Calif., Jan. 23, 2023, after a mass shooting that took place during celebrations on the eve of the Lunar New Year. The Jan. 21 shooting left at least 11 people dead and nine injured in a neighborhood where thousands were attending festivities. (OSV News photo/David Swanson, Reuters)

VATICAN CITY (CNS) ─ After the shooting Jan. 21 in Monterey Park, California, that killed 11 people and injured nine others, Pope Francis said that "the world is obsessed with having guns."

In an interview with the Associated Press published Jan. 25, the pope said that growth of the arms industry in recent years shows how rather than making efforts to promote life, society currently works "to help us kill each other."

On legal gun ownership, the pope said that "when people must defend themselves there is no other (option) but to have the tools for defense. It's another thing when that need to defend gets extended, expanded, and it becomes a habit," he said.

In a telegram to Archbishop José Gomez of Los Angeles, Cardinal Pietro Parolin, Vatican secretary of state, said Pope Francis was "saddened" to learn of the Monterey Park shooting and assured the pope's spiritual closeness "to those affected by this tragedy."

"His Holiness joins the entire community in commending the souls of those who died to almighty God's loving mercy, and he implores the divine gifts of healing and consolation upon the injured and bereaved," wrote Cardinal Parolin.

A gunman attacked a dance hall in Monterey Park, just outside of Los Angeles Jan. 21 after a day of celebrations in the heavily Asian-American city for the Lunar New Year. California police said the gun used by the shooter, a semi-automatic MAC-10 assault weapon, is illegal to buy or sell in the state. Authorities do not yet know where the gunman acquired the weapon.