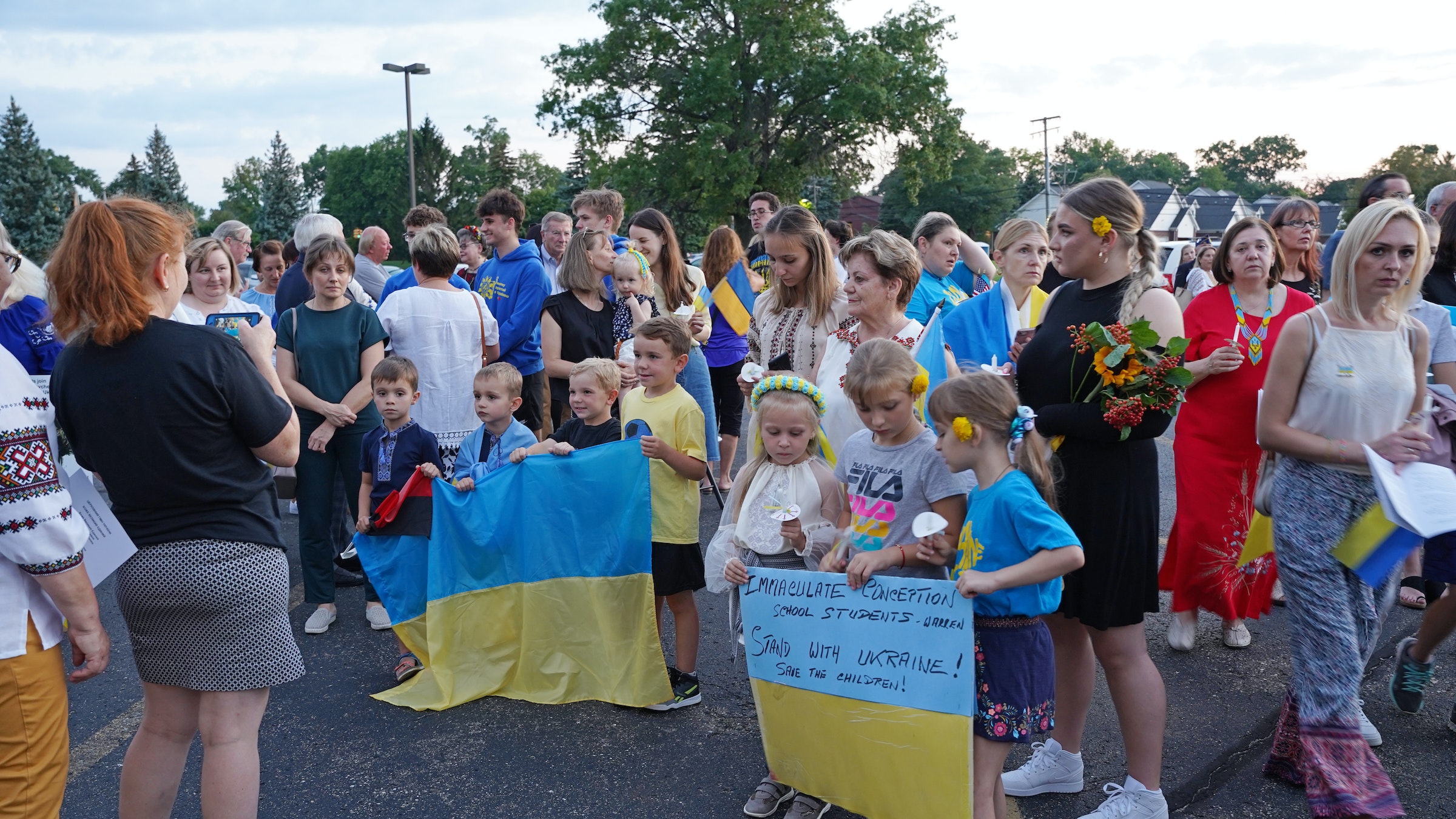 The anonymous donor worked with the Catholic Foundation of Michigan to establish a short campaign to raise funds for scholarships to cover the cost of tuition for refugee students who are attending the school this year, after reading about the school’s efforts in an Aug. 24 article in Detroit Catholic.

The anonymous donor wanted to use the Catholic Foundation of Michigan as a fundraising mechanism for Immaculate Conception Ukrainian Catholic School so a wider audience could learn about the campaign and donate to the school. The fund includes a dollar-for-dollar match up to $50,000. 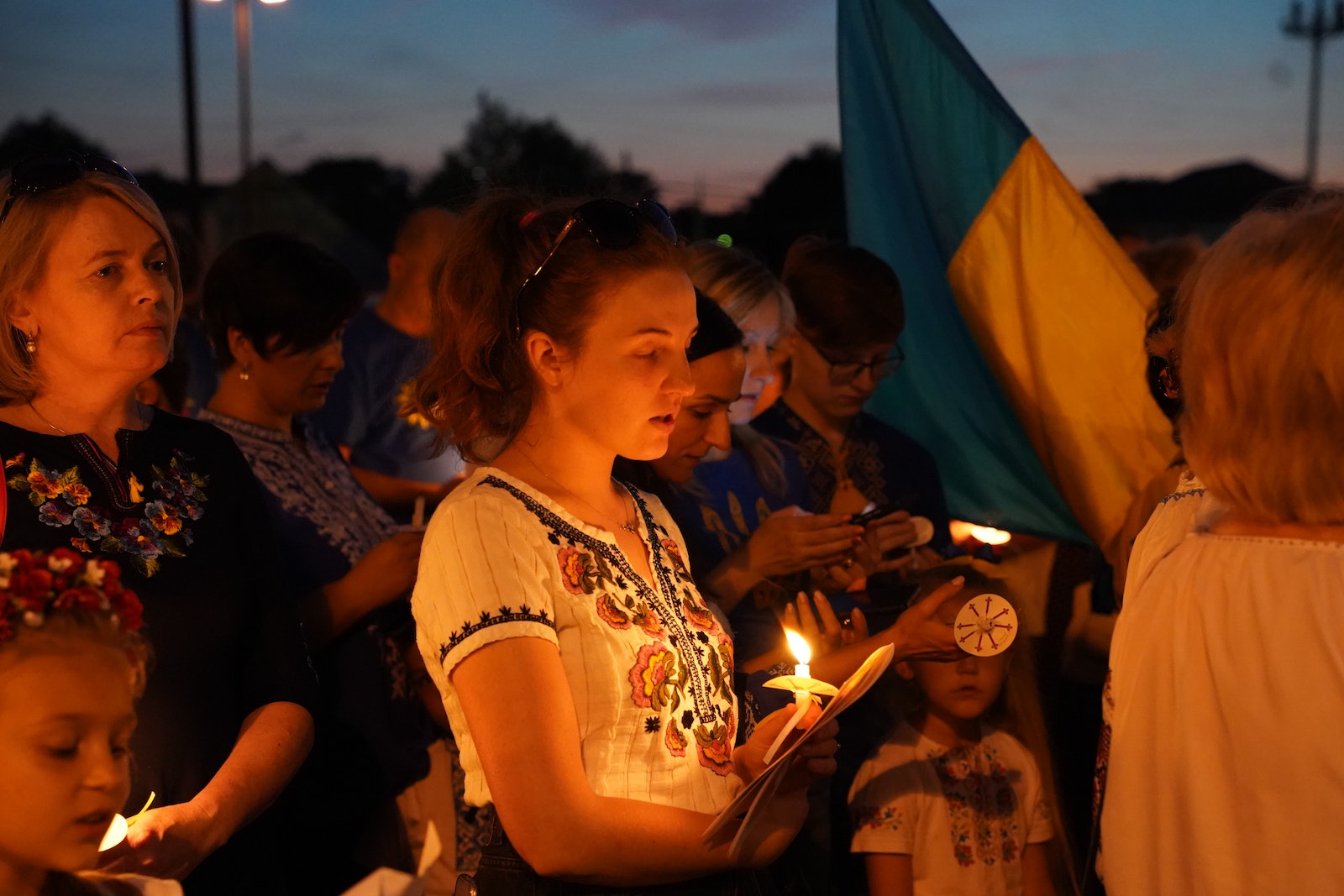 “(I was) moved to tears by the beautiful story of both the plight of the Ukrainian school children and the generosity of the Immaculate Conception Ukrainian Catholic Schools community in welcoming,” the donor wrote to the Catholic Foundation of Michigan. “Like many around the world, my prayer regularly includes the Ukrainian people who have had their lives torn apart by the terrible assault on their nation and way of life.”

“It was so grace-filled, speaking with Fr. Daniel and Mary,” Moloney said. “As I was learning more about the school, how giving and generous and joy-filled the school is to be doing this, the hearts of these educators are so huge, it’s impressive. I asked Fr. Daniel if he thinks we could raise the other $50,000 in the community to meet the match, and he said, ‘Hands down. I know this community is generous, and we can do it.’” 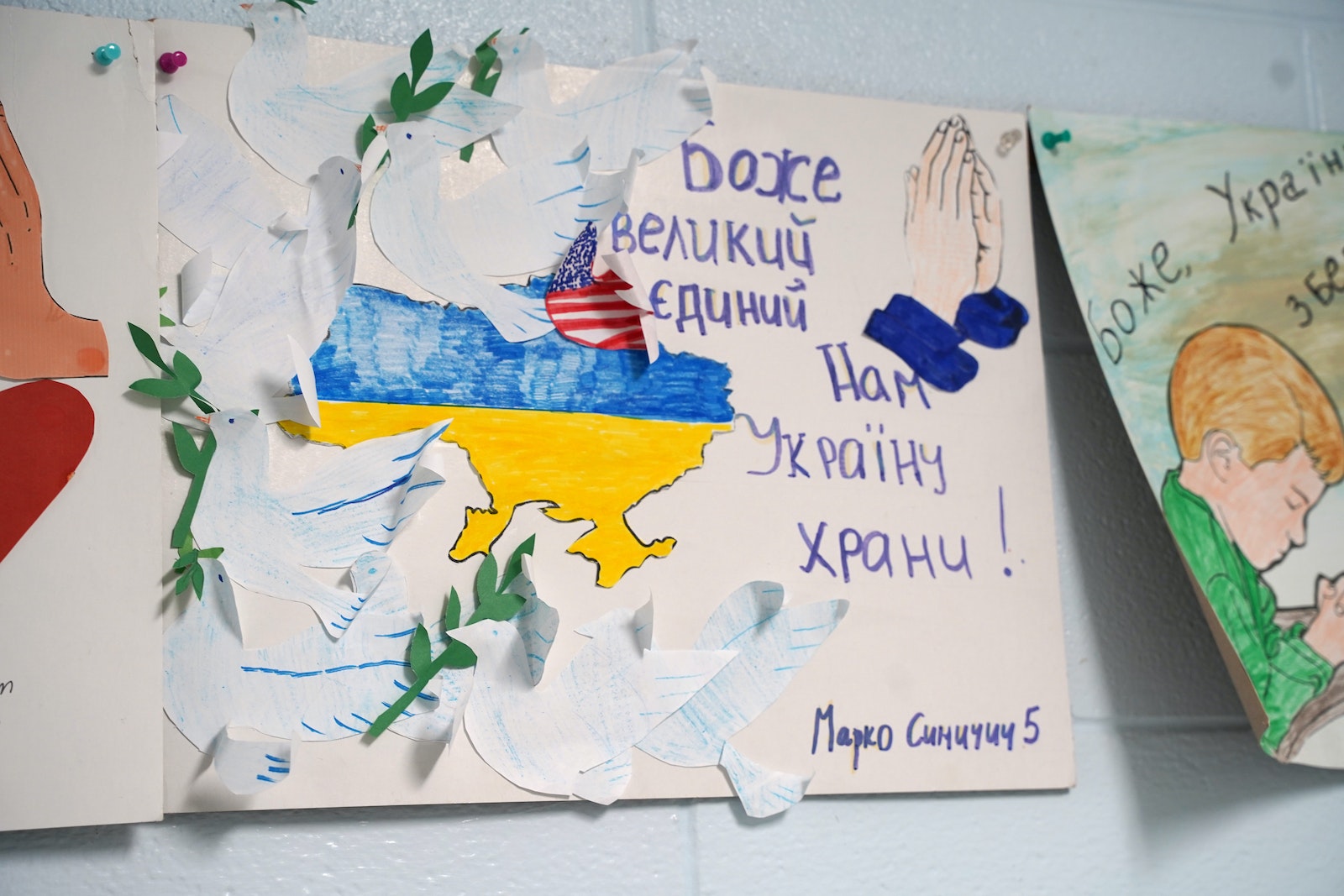 Posters urging prayer for the people of Ukraine are pictured inside a classroom at Immaculate Conception Ukrainian Catholic Schools in Warren. This fall, the school is welcoming up to 100 refugee students who have fled the war in Ukraine.

The education fund for Immaculate Conception isn’t the first time the Catholic Foundation of Michigan has set up a fund in response to a community's challenge.

During the early days of the COVID-19 pandemic, the Catholic Foundation launched the Catholic Faithful Response Fund for COVID-19 to support faith-based organizations during the pandemic. The organization also raised thousands of dollars nationwide for the Felician Sisters Fund, which was created after news broke that 11 Felician Sisters had died of COVID-19 at the religious community’s central convent in Livonia in April 2020.

“It seemed the Catholic Foundation was the most effective way to turbocharge the effort,” the anonymous donor wrote about the Ukrainian schools fund. “The school is in terrible need of support for these children now and into the foreseeable future. The Catholic Foundation can relieve some of the burden of fundraising for the school by helping to get the word out as well as easily accepting and administering new gifts, both large and small, and making the necessary grants.”

Beyond raising the money, Moloney said the Catholic Foundation is happy to tell the story of Immaculate Conception Ukrainian Catholic Schools, a small school in Warren that is making all the difference in the world for children escaping a war.

“This isn’t just another Catholic school for these kids,” Moloney said. “This is going to be a home that understands them and can embrace them in a way any other school or community might not do. This is a beautiful, perfect fit for these kids and families who have lost so much already. This is our Gospel call to help them.”