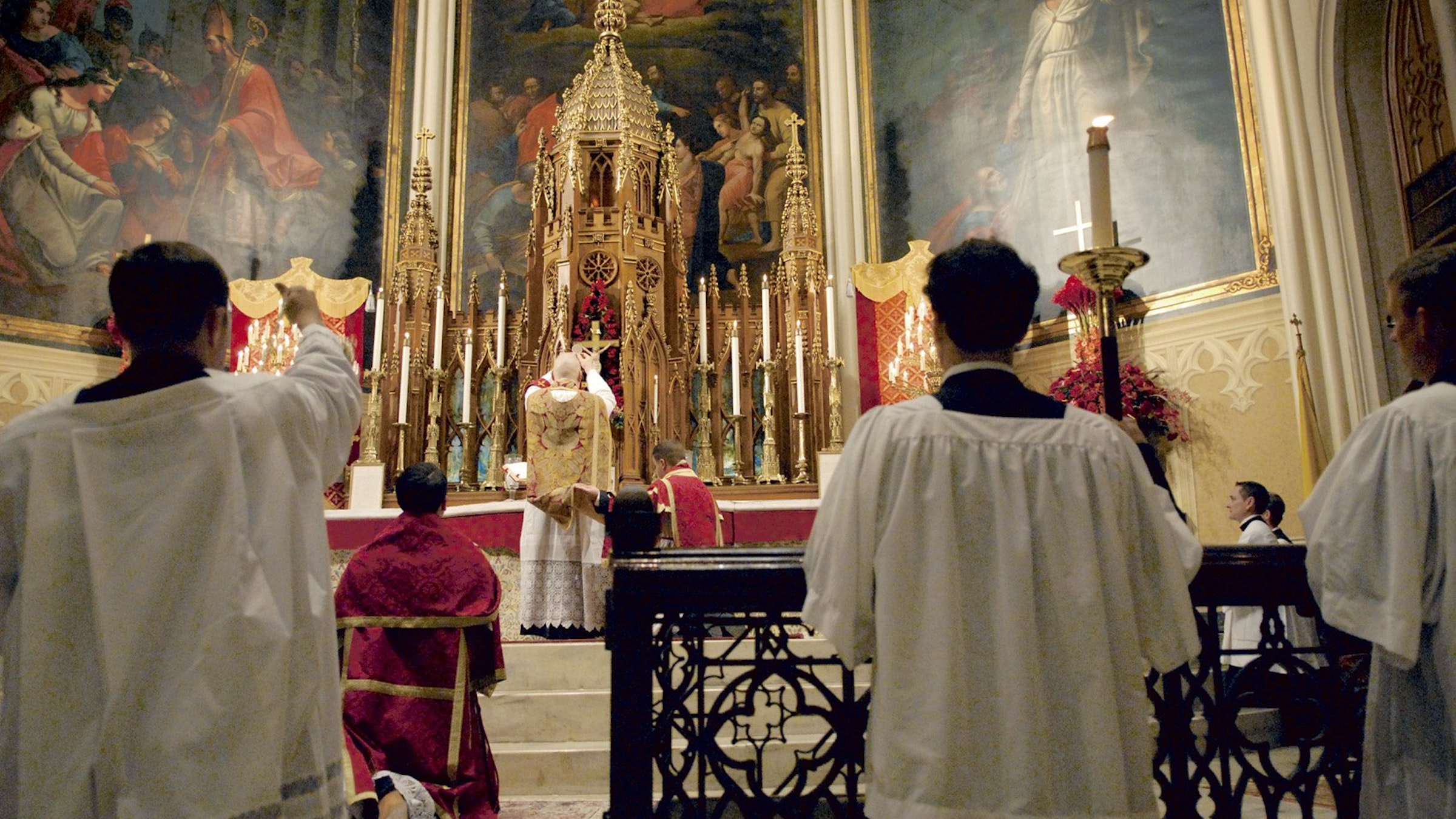 VATICAN CITY (CNS) -- Saying he was acting for the good of the unity of the Catholic Church, Pope Francis has restored limits on the celebration of the Mass according to the Roman Missal in use before the Second Vatican Council, overturning or severely restricting permissions St. John Paul II and Pope Benedict XVI had given to celebrate the so-called Tridentine-rite Mass.

“An opportunity offered by St. John Paul II and, with even greater magnanimity by Benedict XVI, intended to recover the unity of an ecclesial body with diverse liturgical sensibilities, was exploited to widen the gaps, reinforce the divergences and encourage disagreements that injure the church, block her path and expose her to the peril of division,” Pope Francis wrote in a letter to bishops July 16.

The text accompanies his apostolic letter Traditionis custodes (Guardians of the Tradition), declaring the liturgical books promulgated after the Second Vatican Council to be “the unique expression of the ‘lex orandi’ (law of worship) of the Roman Rite,” restoring the obligation of priests to have their bishops’ permission to celebrate according to the “extraordinary” or pre-Vatican II Mass and ordering bishops not to establish any new groups or parishes in their dioceses devoted to the old liturgy.

Priests currently celebrating Mass according to the old missal must request authorization from their bishop to continue doing so, Pope Francis ordered, and for any priest ordained after the document’s publication July 16, the bishop must consult with the Vatican before granting authorization.

Pope Francis also transferred to the Congregation for Divine Worship and the Sacraments responsibility for overseeing the implementation of the new rules.

Shortly after learning of the motu proprio, the communications department of the Archdiocese of Detroit issued a statement to priests in the archdiocese saying Archbishop Allen H. Vigneron would grant permission for priests currently celebrating the extraordinary form to continue doing so as he studies the document.

“Archbishop Vigneron is aware that the motu proprio takes effect today and requires those priests who currently celebrate the extraordinary form of the Mass to seek their bishop’s permission to continue doing so,” the statement said. “In light of this, priests currently celebrating this form of the Mass in the Archdiocese of Detroit have permission to continue to do so as the Archbishop studies the document.

“Once that study is complete, we anticipate issuing a policy regarding how Traditiones custodes will be implemented in the Archdiocese of Detroit.”

In 2007, Pope Benedict XVI issued Summorum pontificum on the use of the pre-Vatican II Roman liturgy. It said any priest of the Latin-rite church may, without any further permission from the Vatican or from his bishop, celebrate the “extraordinary form” of the Mass according to the rite published in 1962. The Roman Missal based on the revisions of the Second Vatican Council was published in 1969.

The conditions Pope Benedict set out for use of the old rite were that there was a desire for it, that the priest knows the rite and Latin well enough to celebrate in a worthy manner and that he ensures that the good of parishioners desiring the extraordinary form “is harmonized with the ordinary pastoral care of the parish, under the governance of the bishop in accordance with Canon 392, avoiding discord and favoring the unity of the whole church.”

The now-retired pope also insisted that Catholics celebrating predominantly according to the old rite acknowledge the validity of the new Mass and accept the teachings of the Second Vatican Council.

In his letter to bishops, Pope Francis said that responses to a survey of the world’s bishops carried out last year by the Congregation for the Doctrine of the Faith “reveal a situation that preoccupies and saddens me and persuades me of the need to intervene. Regrettably, the pastoral objective of my predecessors, who had intended ‘to do everything possible to ensure that all those who truly possessed the desire for unity would find it possible to remain in this unity or to rediscover it anew,’ has often been seriously disregarded.”

“Ever more plain in the words and attitudes of many is the close connection between the choice of celebrations according to the liturgical books prior to Vatican Council II and the rejection of the church and her institutions in the name of what is called the ‘true church,’” Pope Francis wrote.

To promote the unity of the Church, Pope Francis said, bishops should care for those Catholics “who are rooted in the previous form of celebration” while helping them “return in due time” to the celebration of Mass according to the new Missal.

The pope also indicated he believed that sometimes parishes and communities devoted to the older liturgy were the idea of the priests involved and not the result of a group of Catholic faithful desiring to celebrate that Mass.

Pope Francis asked bishops “to discontinue the erection of new personal parishes tied more to the desire and wishes of individual priests than to the real need of the ‘holy people of God.’”

However, he also said that many people find nourishment in more solemn celebrations of Mass, so he asked bishops “to be vigilant in ensuring that every liturgy be celebrated with decorum and fidelity to the liturgical books promulgated after Vatican Council II, without the eccentricities that can easily degenerate into abuses.”

The liturgical life of the Church has changed and developed over the centuries, the pope noted.

“St. Paul VI, recalling that the work of adaptation of the Roman Missal had already been initiated by Pius XII, declared that the revision of the Roman Missal, carried out in the light of ancient liturgical sources, had the goal of permitting the church to raise up, in the variety of languages, ‘a single and identical prayer’ that expressed her unity,” Pope Francis said. “This unity I intend to re-establish throughout the church of the Roman Rite.”