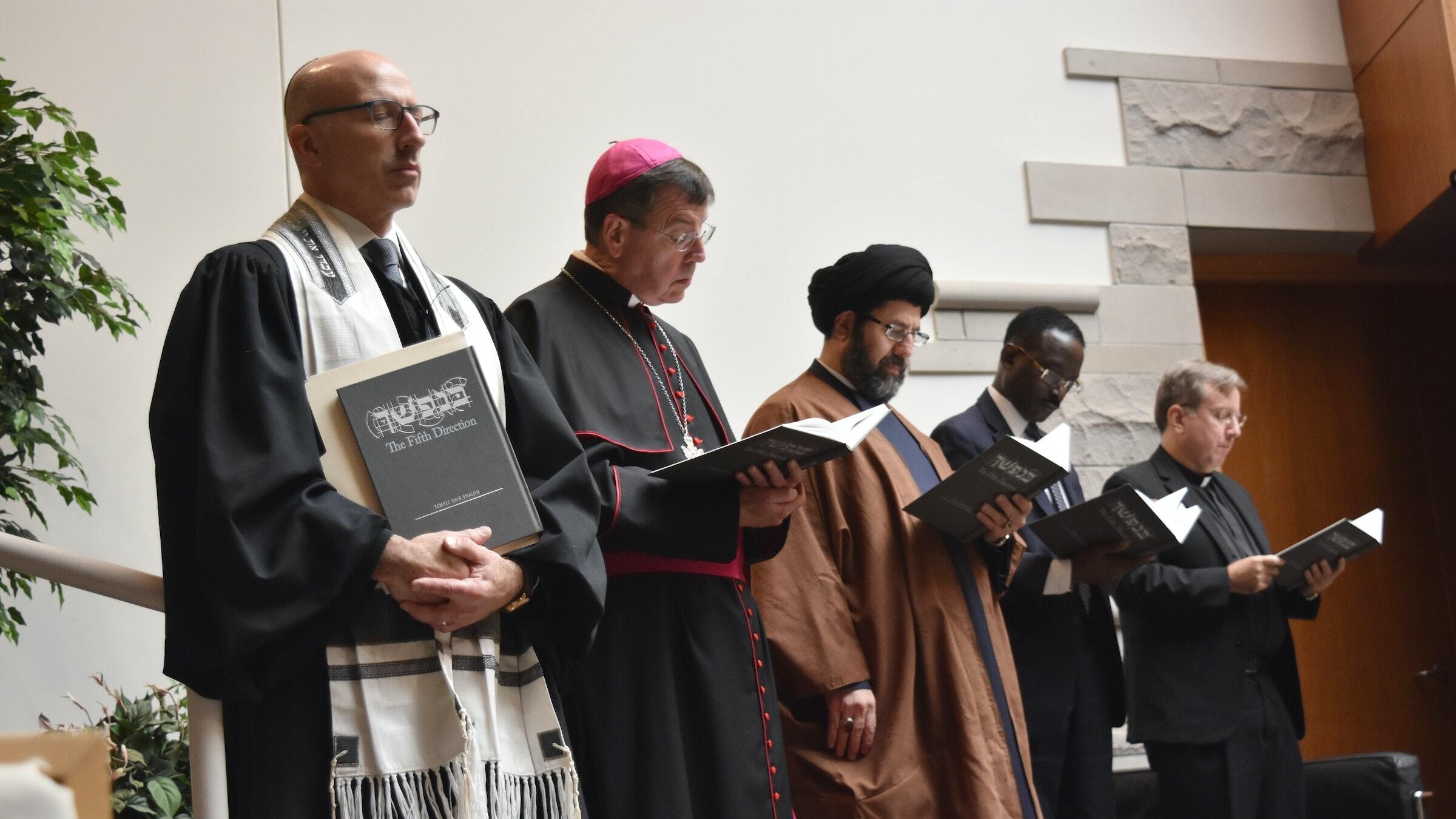 Religious leaders, including Detroit Archbishop Allen H. Vigneron, second from left, pray for peace and healing during a "Shabbat of Solidarity" on in 2018 at Temple Shir Shalom in West Bloomfield. On Jan. 12, the Religious Leaders Forum of Metropolitan Detroit issued a statement condemning a recent spate of threats and violence toward members of the Jewish community. (Michael Stechschulte | Detroit Catholic)

DETROIT — In response to a growing spate of antisemitism both locally and nationally, a group of interfaith religious leaders expressed its solidarity with the Jewish community and vowed to be vigilant against hatred and threats of violence.

The Religious Leaders Forum of Metropolitan Detroit, whose members include 20 religious leaders of different faiths in southeast Michigan, issued a statement Jan. 12 condemning recent threats, including a Dec. 3 incident in which a 35-year-old man is accused of shouting explicit, violent threats toward families attending Temple Beth El in Bloomfield Hills.

“The Religious Leaders Forum of Metropolitan Detroit expresses its solidarity with the Metropolitan Detroit Jewish community and condemns, in the strongest terms possible, all manner of hateful and violent words and acts against our Jewish brothers and sisters and their houses of worship,” the statement said. “The recent spate of antisemitic incidents across our country and in our community is vile and entirely antithetical to our respective faiths’ teachings.”

The statement was signed by members of the interfaith group, including Detroit Archbishop Allen H. Vigneron and Msgr. John Kasza, interfaith liaison for the Archdiocese of Detroit, as well as Christian, Muslim and Jewish leaders.

A Dearborn man is in custody following the Dec. 3 incident. In addition to shouting threats at Temple Beth El, the man allegedly drove to a gun store and attempted to buy weapons immediately following the incident.

“We hereby affirm that attacks, hatred, and discrimination against any person on the basis of his or her religious identity have no place in our country or community,” the statement from the Religious Leaders Forum said. “In years past, the Religious Leaders Forum has condemned instances of Islamophobic and racist bigotry in our community. Recent attacks on Jews require us again to speak out forcefully. Any attack on one of us shall be deemed an attack on each of us. We will continue to promote tolerance and respect for one another. Nothing short of this is acceptable."

The Religious Leaders Forum is convened by the InterFaith Leadership Council of Metropolitan Detroit, which was formed after the Sept. 11, 2001, terrorist attacks to express solidarity and work toward interfaith harmony and collaboration in the community.

“The Religious Leaders Forum of Metropolitan Detroit believes that the significant moral and social values espoused by their respective religious groups are important considerations for the entire community,” the statement said. “Its leaders share an unshakeable belief that God is bountifully at work in our community. Its members join together to foster mutual respect for one another and work together to utilize their collective influence for the betterment of the metropolitan Detroit civic community.” 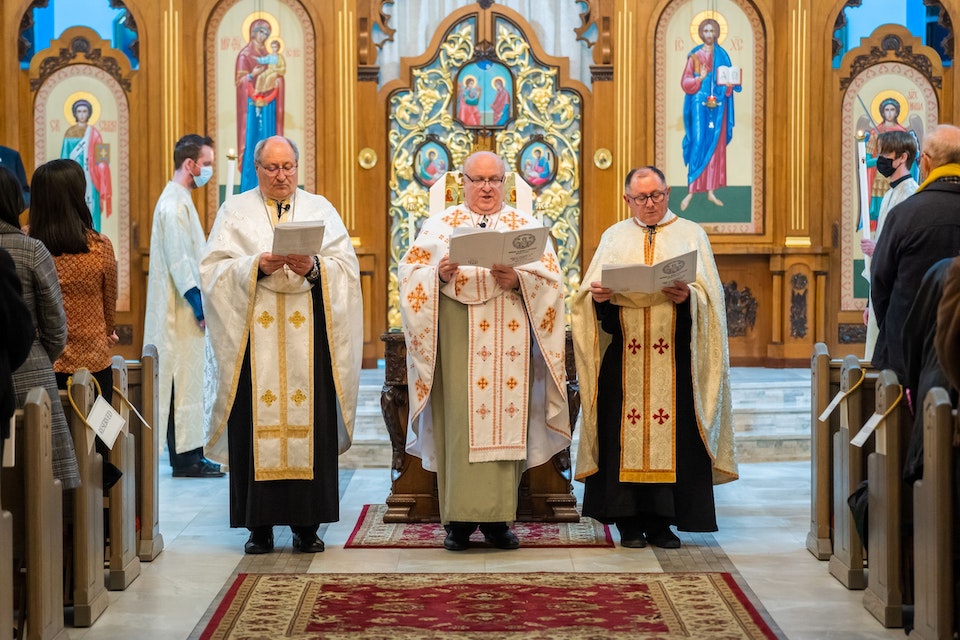 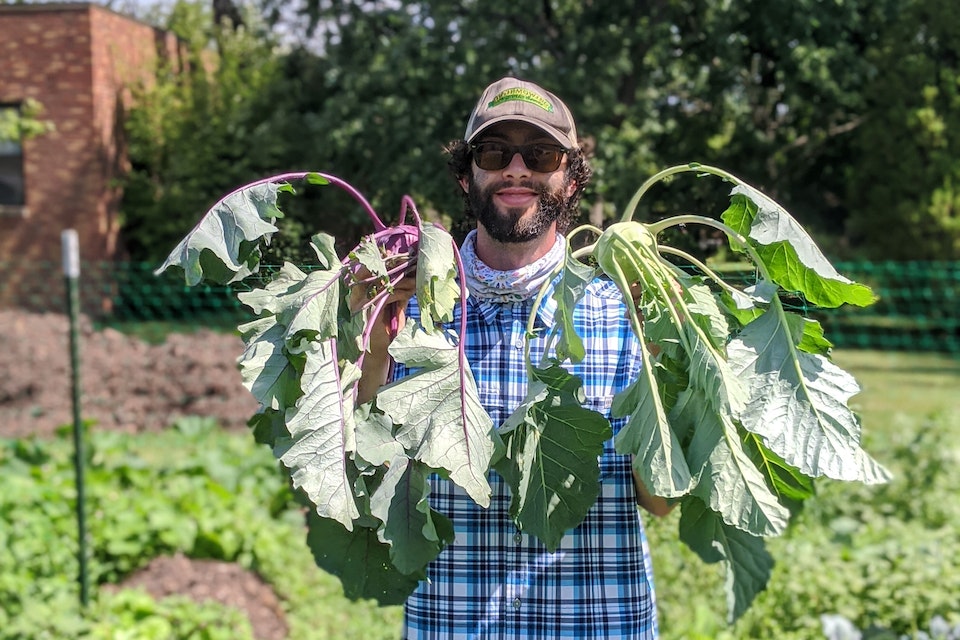