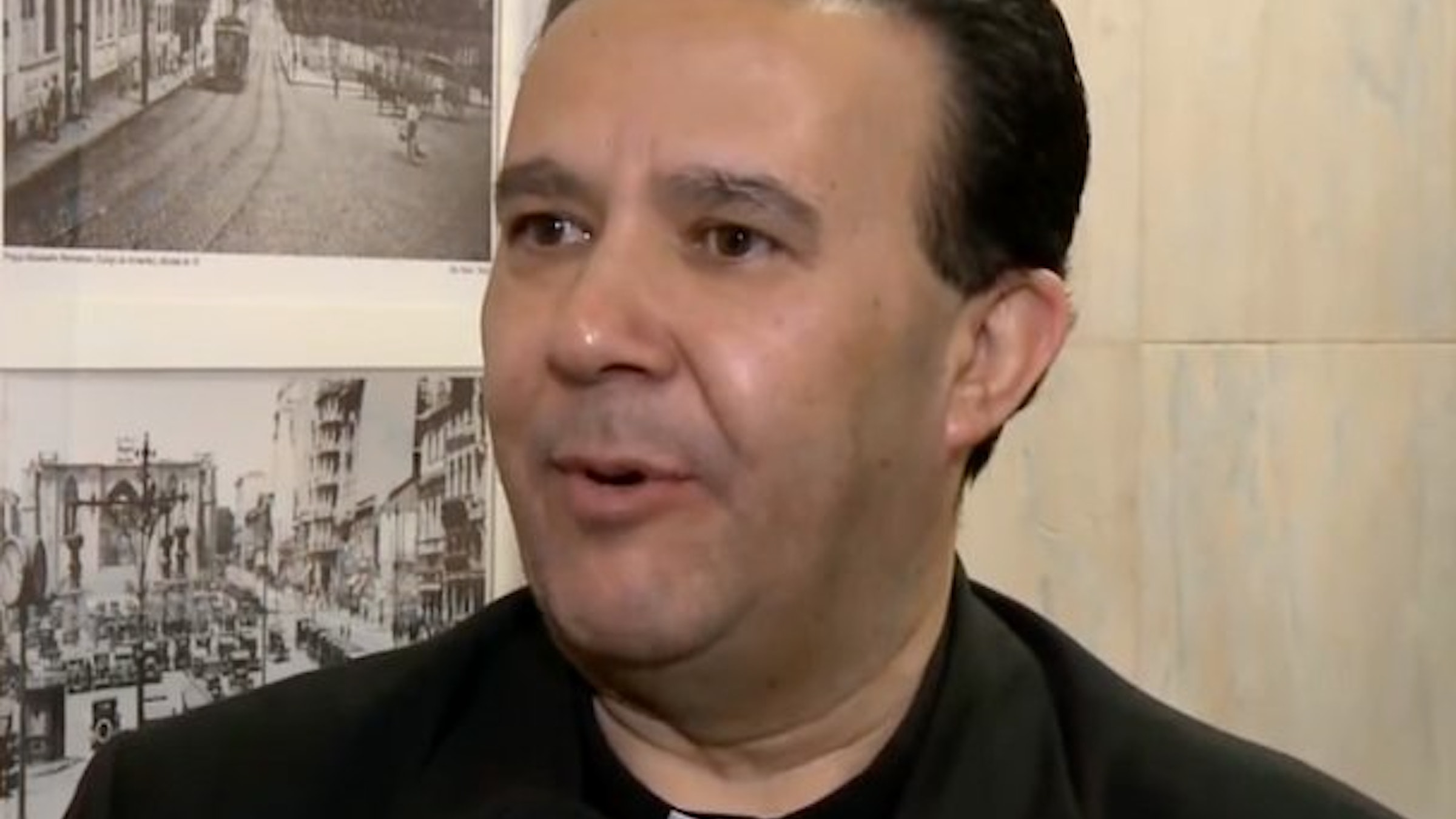 Bishop Tomé Ferreira da Silva of São José do Rio Preto, Brazil, resigned after a video of him exposing himself on an internet call went viral on social media Aug. 13, 2021. (CNS screenshot/REDEVIDA/YouTube)

SÃO PAULO (CNS)  ­─ Bishop Tomé Ferreira da Silva of São José do Rio Preto resigned after a video of him exposing himself on an internet call went viral on social media Aug. 13. The resignation was accepted by Pope Francis and the Brazilian bishops' conference Aug. 18.

Archbishop Moacir Silva of Ribeirão Preto was appointed apostolic administrator of the diocese.

A local paper, Diário da Região, reported that the bishop confirmed that he was the one who appears on the video but declined to comment on the case.

Some Catholics from Rio Preto said they were ready to petition the Vatican for the bishop's replacement.

"We had already signed another petition, in 2014, asking for his replacement, but we received no response. This time, we hope that the church will pronounce itself, because after the video, his (da Silva) presence in front of the diocese and in celebrations will be difficult," Natalia Truzzi, one of the signers of the petition, told the paper.

In September 2018, the Vatican sent a representative to investigate allegations of sexual abuse by priests in the Diocese of São José do Rio Preto. The Vatican investigation involved allegations of an alleged omission by Bishop da Silva in relation to the allegations. At the time, there were rumors that the bishop had exchanged sexual messages with a young man.

In 2015, São Paulo Cardinal Odílo Scherer was sent to the region to look into allegations of embezzlement from the diocese and that the bishop was having a romantic relationship with his former driver. An internal investigation cleared Bishop da Silva of the accusations.