Cardinal calls on monastic communities to pray ahead of synod 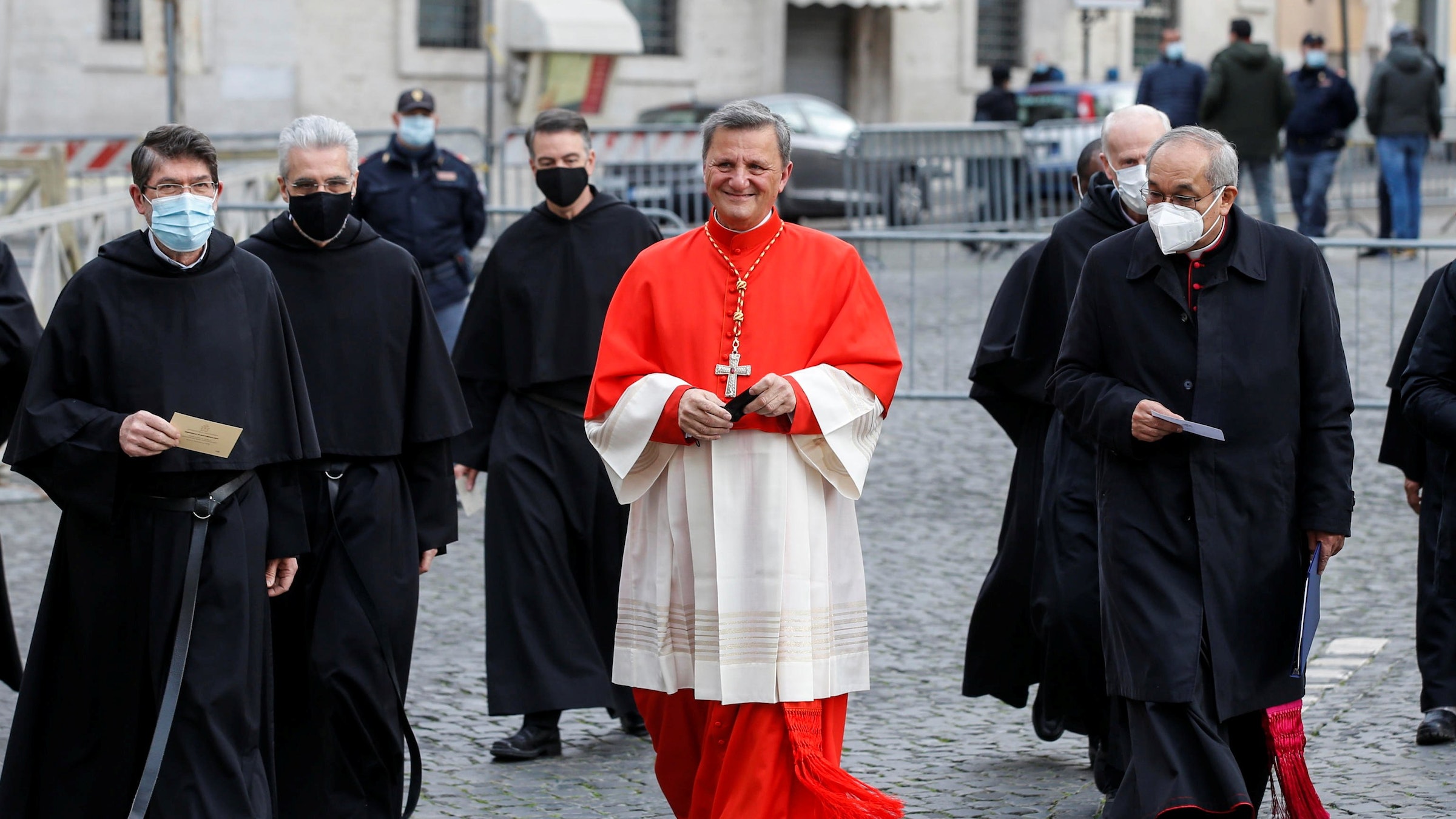 Cardinal Mario Grech of Malta arrives for a consistory in St. Peter's Basilica at the Vatican Nov. 28, 2020. In a letter addressed Aug. 28 to monastic communities around the world, Cardinal Grech, secretary general of the Synod of Bishops, called on religious men and women to pray for the synod process, which will be opened formally Oct. 9-10. (CNS photo/Fabio Frustaci/pool via Reuters)

VATICAN CITY (CNS) –– Without prayer, especially from the many religious men and women in contemplative life, the journey of the next Synod of Bishops "will surely not bear the hoped-for fruit," said Cardinal Mario Grech, secretary-general of the Synod of Bishops.

"Today I, as interpreter of the meaning that the pope wants to give to the synodal path, ask you: Pray for the synod!" Cardinal Grech wrote in an Aug. 28 letter addressed to monastic communities around the world.

"You are for everyone, as were the Levites and the priests in the psalm, 'ministers of prayer' who, through praise and intercession, remind everyone that without communion with God, there can be no communion among ourselves," he said.

The theme chosen by the pope for the next synod is: "For a synodal church: communion, participation and mission.”

The pope will formally open the synod process at the Vatican Oct. 9-10 this year, the synod office said. The bishop of every diocese will open the process in his diocese Oct. 17.

Cardinal Grech told Vatican News in May that, although originally scheduled for 2022, the synod will take place in October 2023 to allow for broader consultation at the diocesan, national and regional level.

In revisions to the synod process announced in May, Pope Francis asked that it begin with consultations with laypeople on the diocesan level before the discussion and discernment moved to a national level, then to the 2023 synod assembly itself.

In his letter, Cardinal Grech said that with the opening of the synod process in October, he wished to reach out to the monastic communities "because you are custodians and witnesses of a fundamental reality for the synodal process that our Holy Father invites us to realize.”

"I am convinced that there are three words, central to monastic and contemplative life, which you safeguard in the church's life in your sharing with sisters and brothers: listening, conversion, communion,' he wrote.

Listening, he explained, is a crucial aspect in their religious lives, evidenced by the fact that various monastic rules are based on biblical and Gospel expressions which confirm that "monastic and contemplative life is an 'incarnation' of the word of God that has been listened to, meditated upon and interiorized.”

"The invitation to listen permeates your entire life, from your listening to the word of God in the sacred Scriptures all the way to your listening to your brothers and sisters in community as well as to the men and women of our time," the cardinal wrote.

Monastic communities also stand as a reminder and an invitation to conversion which is "at the heart of the proclamation made by Jesus" and a fundamental aspect of the discussions that will take place in the coming synod.

"Even from a purely human point of view, we know that true listening also requires reciprocal conversion that invites us to leave our securities behind so that we might enter the difficult but indispensable terrain of dialogue," he said.

Lastly, Cardinal Grech said communion "is the ultimate criterion for discernment by which the synodal journey is verified.”

"Ecclesial communion is discernment's true seal, confirming the synodal journey," he said. "In fact, in community life, in religious life, you experience how much communion (which is not the same as uniformity) is effectively 'the' verifying criterion of an authentic, shared journey in faith.”