Could Catholic League expand into Ohio? Officials are considering the possibility 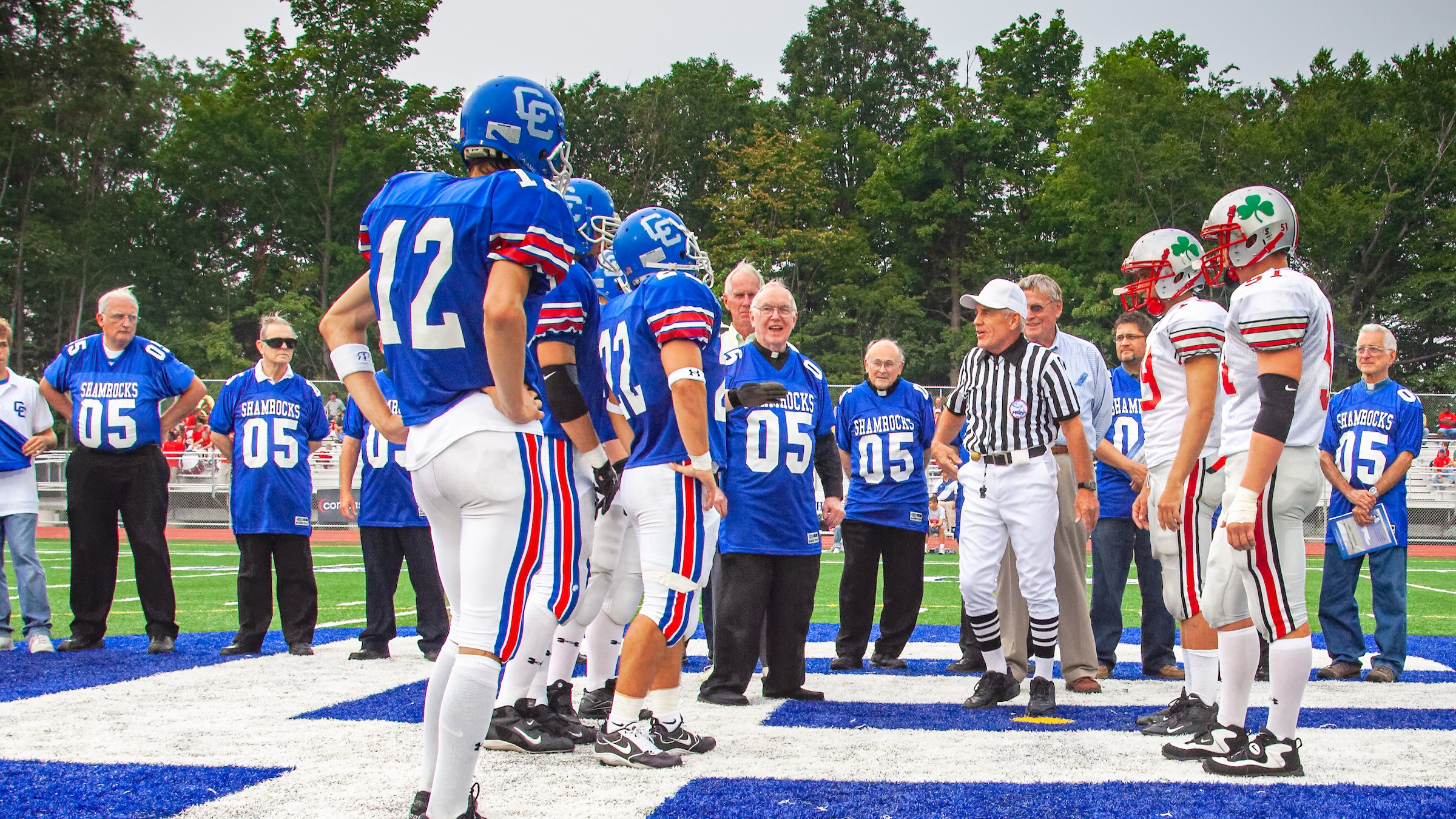 DETROIT — The footprint of the Catholic High School League could expand well beyond the Archdiocese of Detroit’s borders, as league leaders are studying the feasibility of adding five Toledo-based Catholic high schools to the Metro Detroit-based conference.

“This is still in the very early stages,” Catholic League director Vic Michaels told Detroit Catholic. “We’ll just have to see if they have an interest and if our schools do. Hopefully, it works.”

Toledo Central Catholic, Notre Dame Academy, St. Francis de Sales, St. John’s Jesuit and St. Ursula Academy are presently members of the Three Rivers Athletic Conference — a 10-member mix of large public and parochial schools established in 2011, which is due to disband in 2023-24.

Four of the five public schools in that conference — Findlay, Fremont Ross, Oregon Clay and Toledo Whitmer — have been invited to join the neighboring Northern Lakes League, and if those schools accept, it would leave Toledo’s five Catholic schools on the outside, looking in. Bringing them into Detroit’s Catholic League might provide benefits for both groups of schools.

“It might be something we can help them out with, and something they can help us with,” Michaels said. “If it’s feasible, we’ll find some more schools with the same faith that we can include in our league.”

In particular, accepting the Toledo schools into the Catholic League could pay dividends for the Central Division schools, which often have to search far and wide to fill football schedules. This fall, De La Salle has scheduled games against teams from Chicago and Cincinnati, while Orchard Lake St. Mary’s will play a school from Mentor, Ohio — on the eastern outskirts of Cleveland.

“I think they would help us with our larger schools,” Michaels said. “We have trouble providing adequate schedules, especially in a sport like football, and I think it would help us on the all-girls front as well.”

Some local athletic directors are already excited at the prospect of bringing similar schools into the Catholic League — even if they aren’t in the same city.

“I would love to see it happen,” Novi Detroit Catholic Central’s Aaron Babicz said. “Catholic schools aren’t opening in the state of Michigan, but here (in this scenario) you have schools run by people who believe in faith-based education, so it’s a win-win across the board: boys sports, girls sports, whatever.”

Incidentally, Catholic Central hosted Toledo Central Catholic in its very first home game at Fr. Richard Elmer Stadium back in 2005, and the teams met again in 2018 and 2019. Traveling to Toledo is not new to the Shamrocks, either, as they have scheduled Whitmer for the past nine seasons.

“A lot of the schools in the Central would be helped out, especially in football,” said Babicz, noting the Shamrocks still have two holes to fill on their schedule this fall. “We’re still looking for a week four and a week eight. When you get to this point, you’re going to have to look outside of 300 miles. A week four date and a week eight date in Michigan are almost impossible to fill.”

He adds the scenario could pay larger dividends.

“It’s not just a football thing either. It would be a great benefit in other sports,” Babicz said. “You’re able to work on different things beyond sports, too. E-sports, band — they want kids in those schools to find their fit, too, and it would be great if these schools could share their experiences with what other faith-based schools are doing.”

Among the five Toledo schools, only Central Catholic is co-educational. St. Francis and St. John’s are all-male, while Notre Dame Academy and St. Ursula are all-female. The Diocese of Toledo also oversees eight other smaller high schools (not included in the discussion), which are spread out beyond Toledo among its 19 counties in northwest Ohio.

Michaels said he’s struck up conversations with a few officials at the Toledo schools, and he was to meet via teleconference with all five schools’ athletic directors on April 20.

Michaels said there are both pros and cons to the expanded membership. The main advantage is providing an opportunity to schools in both locations to play more Catholic teams.

One possible drawback is the possibility of travel, Michaels said, “but our schools are traveling now, and for some of them, it’s easier to get to Toledo than some of the other places like Ann Arbor or Marine City,” Michaels said.

There are other differences between the two states’ athletic structures. Ohio has a 10-week football season, while Michigan’s is nine. Also, some sports seasons don’t coincide, such as girls’ soccer, which is played in the spring in Michigan but in the fall in Ohio. The Michigan High School Athletic Association (MHSAA) sponsors state championships in 24 sports, but Ohio’s governing body (the OHSAA) oversees 16.

If the Toledo schools think Catholic League membership is a good fit, it won’t be the first time the CHSL has expanded beyond Archdiocese of Detroit. Ann Arbor Fr. Gabriel Richard (Diocese of Lansing) currently plays in the league, and former affiliates include Flint Holy Rosary (Diocese of Lansing), Saginaw Nouvel (Diocese of Saginaw), and Canadian schools St. Anne of Tecumseh and St. Thomas of Villanova (Windsor-Essex Catholic District School Board).