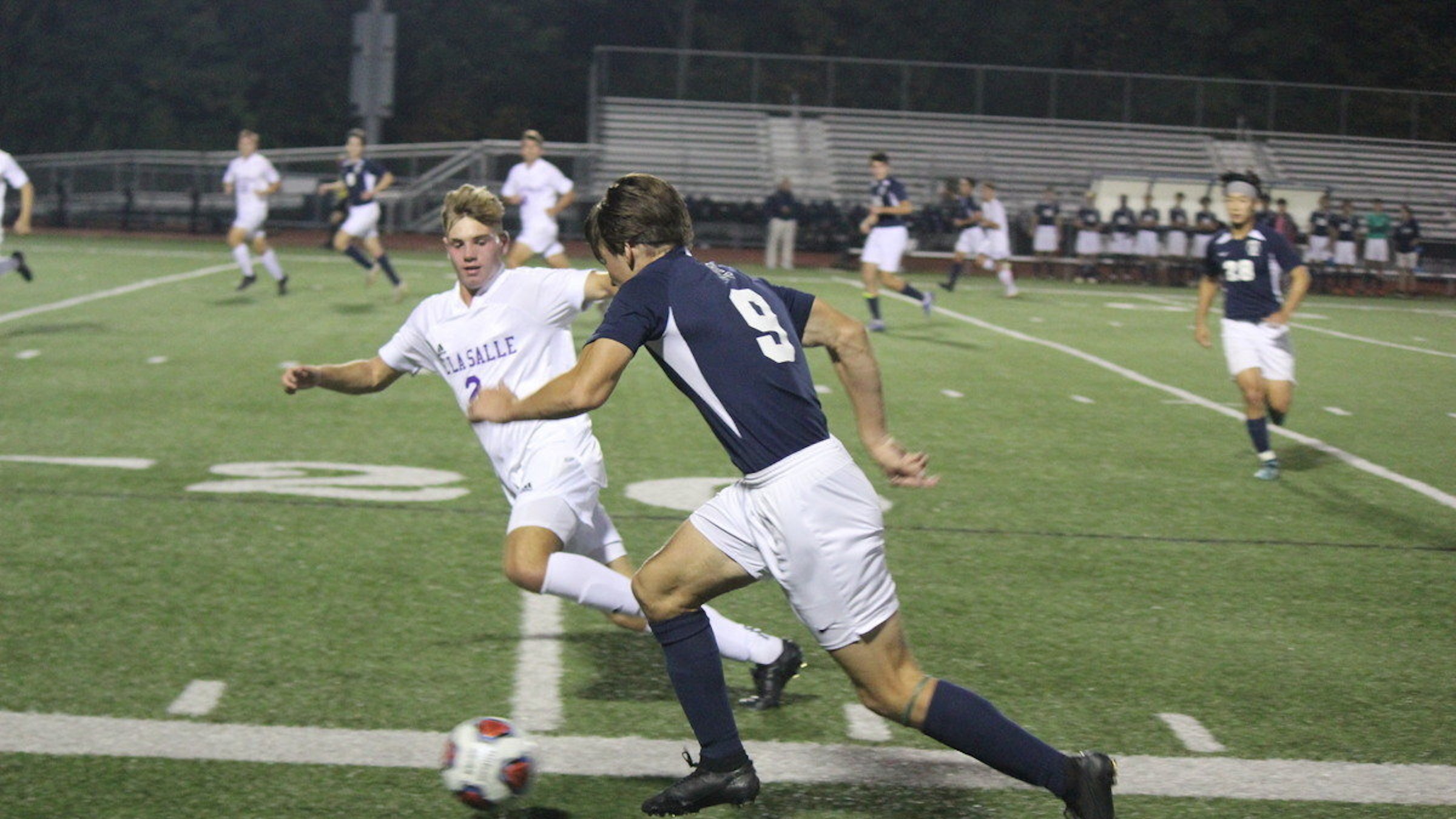 Only its entire Catholic League lifetime.

“We’ve qualified for this game for, I think, 10 years now, but we’ve only been eligible to compete for five. We actually were hoping to be here 10 times but we’re grateful for the five that we have,” Cranbrook coach Chad O’Kulich said. “We’re grateful that we can bring the Cranbrook community a championship.”

When Cranbrook (and Macomb Lutheran North) first joined the league, there was a rule in place that did not allow affiliate members to compete for “Catholic” championships. That restriction was lifted in 2016, and while the Cranes have been regular guests in the title game, they had not come out on top until Wednesday night.

“It was definitely the motivation,” said senior Zach Wittenberg, who tallied twice. “We’ve been here three times, for me, and each time it was a loss. This was the last time here for the 13 seniors, and we wanted to win badly.”

Cranbrook — rated seventh in the state among Division 2 teams this fall — has long been a successful program, yet had never had the ability to claim top honors in the league. The Cranes had played in the past five CHSL championship games, losing to Catholic Central four times and University of Detroit-Jesuit once before finally breaking through.

“Right when we got off the bus everyone was focused; we were mentally prepared,” senior captain Bennett Luckoff said. “Everyone was dialed in and just really wanting this game, knowing we’ve gotten beat the last few times, we were ready to come home with the trophy.”

It took Cranbrook less than two minutes to grab the lead. The Cranes were awarded a penalty shot because of a hand-ball call in the goal box, and sophomore Cameron Hannah converted the opportunity.

De La Salle tied it up 12 minutes later as Zachary Femminineo took a pass from Michele Pizzo and drilled the ball into the upper-right corner of the goal.

Wittenberg’s first goal, following a scramble in front of the De La Salle net, was the eventual game-winner, coming with 9:55 to play in the first half.

After the halftime break, Cranbrook once again scored early, as Evan Evans led a rush upfield and sent a crossing pass to Ryan Marvar coming in from the left side. Wittenberg netted his second goal on a rebound opportunity with 27 minutes to play.

“This is special for our Cranbrook community, being in the Catholic League, and we’re grateful that we get to come in and play one of the top teams in Division 1. It’s an honor to play against these guys,” O’Kulich said. “Today was our day. Today was our day. They were really focused for this opportunity today.”

Followers of Catholic League soccer have become accustomed to seeing Grosse Pointe Woods University-Liggett and Royal Oak Shrine square off for the Cardinal Division title. The two schools — both nicknamed the Knights — have faced each other for the last two seasons running, and each has won twice on an every-other-game basis.

Wednesday, it was Liggett’s turn, holding off Shrine 2-1.

“We’ve had some really good games with them over the years. This was no different,” Liggett coach David Dwaihy said. “They gave us everything we could handle. It was a really well-played game, and I think we were fortunate that our hard work paid off. Sometimes the bounces don’t go your way; today they did for us.”

Liggett is ranked third in the state, and Shrine fourth, in the Division 4 listings, so spectators might have been surprised to see the game start out fairly one-sided. Shrine seemed to control the game from the opening kick, until Liggett capitalized with a goal practically the first time it touched the ball.

Outside midfielder Dougie Wood sent a ball up the line, Cass Cooley picked it up and made a crossing pass to Jake Carron, who hit a one-timer above the Shrine goalie.

“The first portion of the game they were really taking it to us, and we bent, but didn’t break, and scored very much against the run of play,” Dwaihy said. “That gave us some confidence and a little bit of momentum, and we were really able to utilize the timing of that goal to kind of find our footing and to start to try to play a little bit more of the style we try to play.”

Liggett made it 2-0 when Cooley dug the ball out of the corner and found sophomore Claudio Cavallo open. Cavallo scored on the first touch.

Shrine got its only goal from senior Jeff Andrus with six minutes to play, but could not convert any more opportunities to pull even against its archrival on the soccer pitch.

“It’s intense, and fun games to play, most of the time,” Shrine coach Mark Soma. “It came down to our dumb mistakes. That’s it. We controlled the game for 76 minutes, made two mistakes, they scored two goals. I told the boys at halftime, we better get the game under control, and if we don’t, we’ll make one (more) mistake and they’ll score a goal. We made one mistake; they scored a goal. If we don’t take advantage of our opportunities, we’re not going to win the game.”