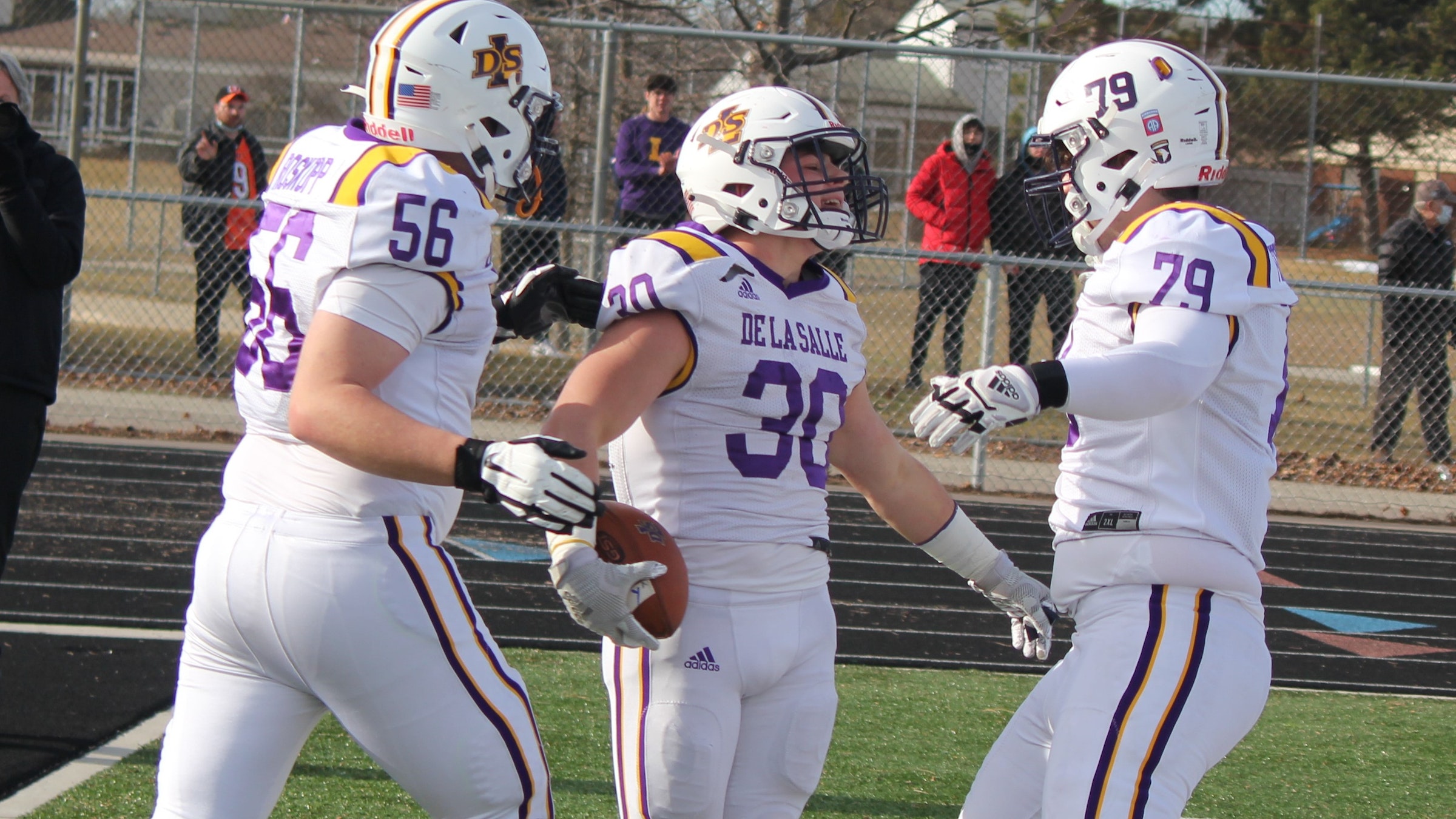 And that’s by design.

The main goal is not necessarily to win the early-season games but to excel in the state tournament, he said. The players have bought into that theory and improved with experience.

“We’re a young football team, and our sophomores had a lot of time to prepare and get better, and our juniors are stepping up,” Rohn said. “I think we’ve done a great job with our conditioning and our mental focus and have just continued to adjust things, and I can’t give enough credit to our senior class — they’re great leaders and keeping us focused, keeping us disciplined and getting us ready to play this fall.”

Due in part to their youth, the Pilots finished the regular-season schedule 2-4 — hardly the kind of mark that makes opponents quake in their boots. But they’ve won four straight since the post-season began.

“We were starting a sophomore quarterback (Brady Drogosh) against some pretty good teams back in September. We didn’t use J.C. Ford much on offense today, and J.C.’s our other quarterback. He’s pretty electrifying too and can make some big plays,” Rohn said. “A lot of credit to Brady, and putting us in the right protection. A lot of the receivers are starting to step up and play a lot better. Our offensive line is playing a lot better, too, so we’re able to open things up, and when we do hit the edges, it gives us an opportunity to run our inside game better, too.”

The complexion of the game has also changed for the Pilots as they’ve seen different teams since beginning their latest playoff run way back on Oct. 30. While most of the Catholic League Central Division regular-season contests were low-scoring defensive battles, De La Salle was able to score quickly and often against the Marauders on their home field. The Pilots had touchdown drives that merely took five, four, four, six and six plays — as well as a 42-yard fumble return by junior Will Beesley.

Beesley had another touchdown on a 1-yard burst up the middle; senior Brett Stanley had touchdown runs of 6 and 33 yards, junior Alton McCullum caught a 12-yard touchdown pass, and Drogosh scored one himself on a 13-yard quarterback keeper. Sophomore kicker Cody Cummins added a 31-yard field goal as time expired in the first half.

Not counting a 2019 pre-district forfeit to Birmingham Groves caused by a hazing scandal, the Pilots haven’t been defeated in a playoff game in the past four seasons.

“There’s no need to change when you’ve won that many games in a row, just keep the same mindset,” Stanley said. “We know what it takes, obviously, in the playoffs, as you could tell. We’re just going to keep it going now.”

Next, the Pilots will host Oak Park in a Division 2 semi-final game on Saturday. Like De La Salle, the Knights (5-5) were down on their luck during the regular season, but are jelling in the post-season.

Catholic League teams had two wins and two losses in their regional contests, which were the first gridiron games since Nov. 15. In Division 8, Clarkston Everest Collegiate also moved on with a 35-0 shutout of Petersburg-Summerfield.

Novi Detroit Catholic Central fell to defending Division 1 state champion Davison, 20-7. The Davison defense limited the Shamrocks to just 113 yards of total offense, tackling Shamrock ball carriers for losses on seven plays. Junior quarterback Declan Byle scored CC’s only touchdown on a 1-yard run. It was the only loss of the season for the Shamrocks (9-1).

In Division 7, Detroit Loyola took it on the chin against undefeated New Lothrop, 41-7. Bulldogs quarterback Anthony Garrett shook off an early pick-six by connecting with Jason Hardy on a 10-yard touchdown pass, but that was all the points Loyola would get. They didn’t have an answer for New Lothrop sparkplug Will Muron, who rushed for 115 yards, had 130 receiving yards and scored two long touchdowns. Loyola finished 8-2.