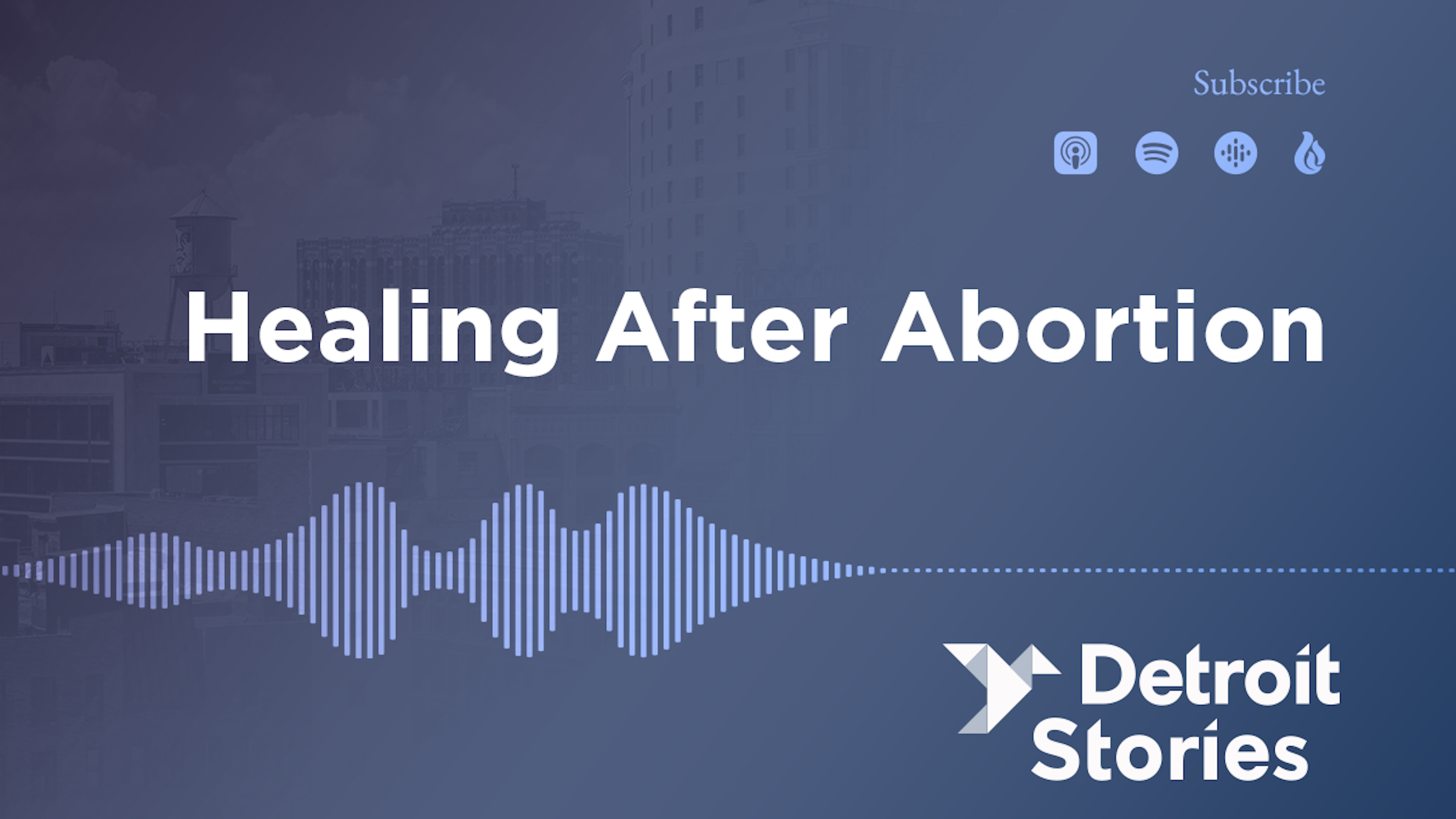 A post-abortive couple describes the healing, forgiveness and peace they found through Rachel's Vineyard retreat

(0:01) Beth Bauer, who coordinates Rachel’s Vineyard retreats for post-abortive men and women in southeast Michigan, talks about the importance of supporting people who’ve suffered hurt, trauma and pain in choosing abortion, and helping heal their spiritual and psychological wounds.

(3:39) Listeners are introduced to Anne Marie and David Sauve, a married couple of 37 years who have three daughters and attend Holy Spirit Parish in Shields, Mich. When the couple met in college, however, they were typical young people — attending parties and living carefree lives. After a few months of dating and sleeping together, Anne Marie became pregnant.

(5:45) Separately, Anne Marie and David fretted about the situation, fearing what the news would mean for their lives, careers and even future together. Anne Marie, who grew up Catholic, was ashamed of what her parents would think. She was also fearful of losing David, who feared the same thing — though he admits his lack of communication caused Anne Marie anxiety.

(10:35) Believing it was the only way to “dial back the clock,” the couple decided to pursue an abortion — though neither of them felt completely comfortable with the decision. Anne Marie describes the operation as the “darkest moment of my life.” Through tears, she describes the emotion, pain and trauma of her abortion, adding it did not have the effect the couple had hoped.

(13:45) Kathleen Wilson, pro-life and Project Rachel coordinator for the Archdiocese of Detroit, describes the efforts of the Church today to provide healing resources for men and women like David and Anne Marie. Individuals or couples who reach out to the confidential Project Rachel Abortion healing helpline will find a referral network of compassionate priests, counseling professionals and lay mentors as well as prayer and retreat opportunities such as the Rachel’s Vineyard.

(16:33) After their abortion, David and Anne Marie sought to make changes in their lives, becoming more involved in their faith and even making vows of celibacy to each other until they were married in 1985. But after several decades and three daughters, the pain of the couple’s abortion remained.

(18:20) One day, while driving to work, David heard an interview with Bauer on the radio, during which she discussed Rachel’s Vineyard retreats for post-abortive men and women. He pitched the idea to a hesitant Anne Marie, and the couple decided to go.

(19:13) The couple describes their experience during the retreat, which they describe as a place of hospitality, comfort and mercy. Anne Marie describes some of the sensory experiences provided, which are intended to help the couple face their decision and heal with Jesus’ help.

(21:19) Anne Marie describes a particularly moving moment in which she and David are encouraged to imagine their child “standing in a field of flowers.” The couple is encouraged to name their child, write a letter to him or her, and imaging them standing with the Lord in heaven. The experience allows the Sauves to grieve.

(26:28) In another segment, David and Anne Marie are encouraged to seek forgiveness from the Lord, their child and from each other.

(27:28) The couple describes how the retreat completely changed their outlook on life, so much so that now, when couples come to Rachel’s Vineyard seeking comfort and solace, they are the ones providing it as volunteers.

This episode of Detroit Stories is brought to you by our friends at Catholic Funeral and Cemetery Services, a ministry of the Archdiocese of Detroit. Pre-planning your Catholic funeral is a gift of love for those you cherish. To learn more about pre-planning to prepare those you care about for this journey, visit CFCSdetroit.org.