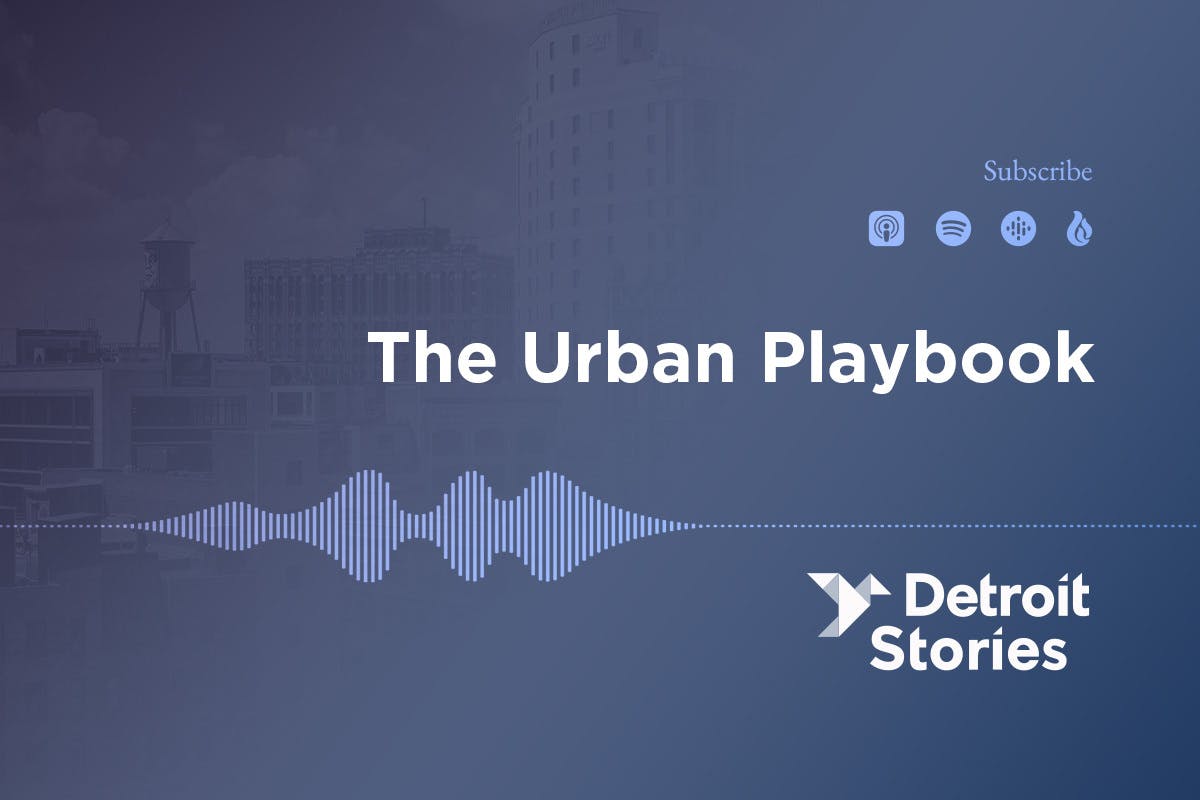 (0:05) Wyatt Jones III, Ph.D., reads an excerpt from his book, "The Urban Playbook," about when he told his father, Deacon Wyatt Jones II, about his new job as the dean of students at Loyola High School. Deacon Jones was at home in hospice care and didn’t respond to the news verbally, but Wyatt could sense the pride coming from his “superman.” Two days later, Deacon Jones died, an event which Wyatt says led to the birth of his “inner beast.”

(1:00) The narrator introduces Wyatt Jones III, now principal and alumni of Loyola Catholic High School in Detroit. In the summer of 2022, Wyatt published his book, “The Urban Playbook,” which he describes as a guide to building genuine and sustainable relationships with Black boys. The book is a summation of his lifelong knowledge from personal experience and as an educator.

(2:52) The narrator discusses the educational landscape of inner-city Detroit. Although Black males are statistically less likely to graduate than their peers, Wyatt has set out to change that at Loyola Catholic High School.

(3:57) The narrator shares how Loyola has been an exception to Detroit high school norms and introduces DJ, a former student and mentee of Wyatt. DJ describes growing up in Detroit and becoming involved in a gang. After getting into trouble, DJ was sent to Loyola Catholic High School during his junior year of high school, where he met Wyatt.

(6:38) Wyatt shares his first impressions of DJ as an angry, hardened teen, but Wyatt recognized that DJ needed someone to tell him that they loved him and believed in him.

(9:05) The narrator talks about the chapter in Wyatt’s book that is devoted to DJ. Wyatt shares details of the chapter.

(9:38) DJ talks about Wyatt’s impact on his life and how eventually, DJ was chosen to be a leader on his Kairos retreat, despite his protests. The retreat changed his life, and DJ grew as a leader among his peers.

(11:39) The narrator reads an excerpt from a letter Wyatt wrote to DJ on his Kairos retreat.

(12:19) DJ shares how much Wyatt meant to him and how he shaped him into the man that he is today — as a director of a hospice company, a father and a husband.

(13:55) Wyatt shares how proud he is of DJ and how honored he is to know him. Wyatt says that walking with young men like DJ is how he wants to evangelize.

This episode is sponsored by Catholic Charities of Southeast Michigan. Being a mom is the most challenging and rewarding job in the world! At Catholic Charities of Southeast Michigan, they make it a bit easier for moms who are feeling alone, struggling financially, or who need an extra hand to help them establish a secure and happy family. To learn more about the ways you can help moms in need visit ccsem.org/respectlife.