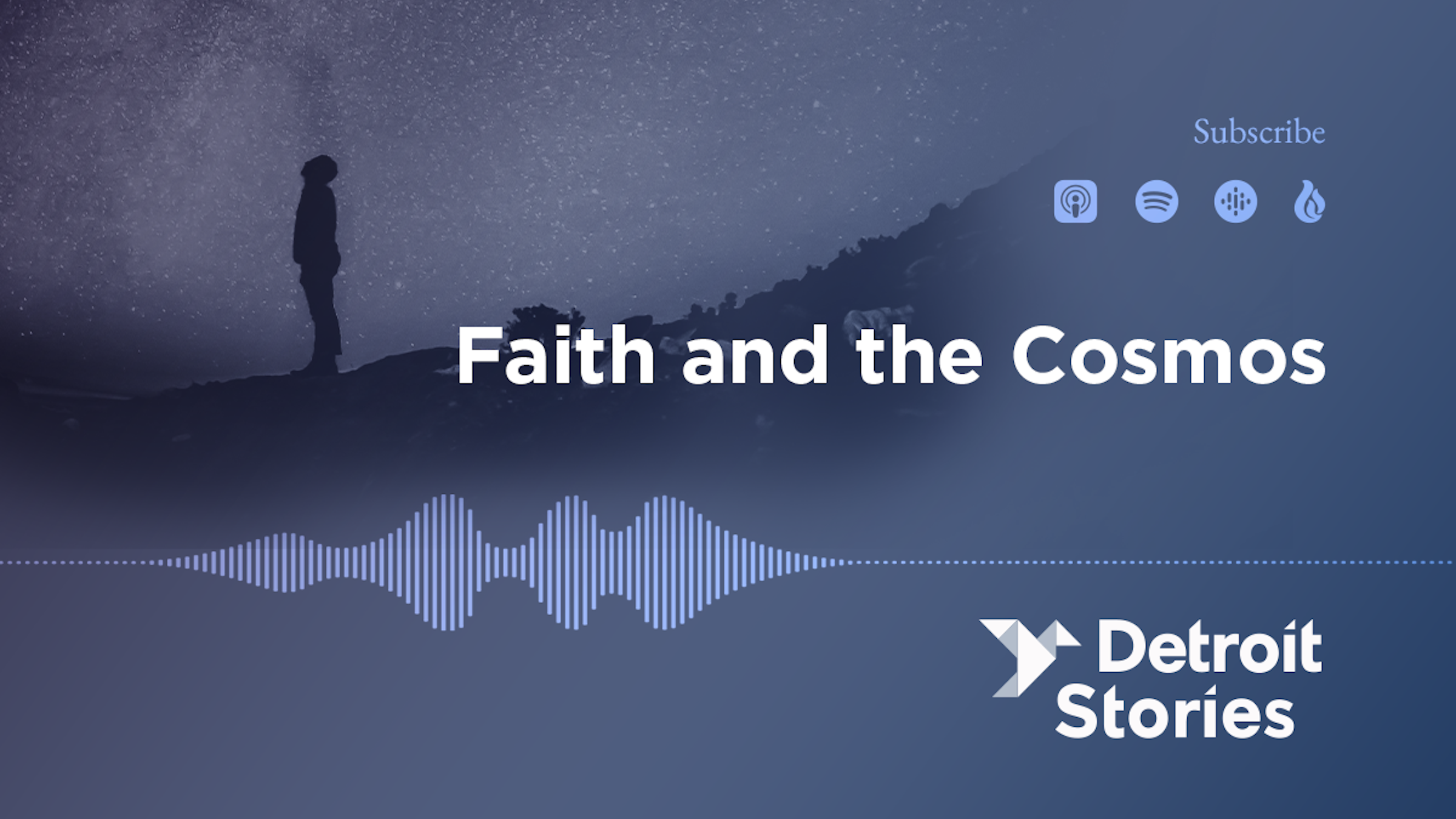 Detroit native Bro. Guy Consolmagno, SJ, director of the Vatican Observatory, gazes at the stars and finds God gazing back

(0:03) Jesuit Bro. Guy Consolmagno, director of the Vatican Observatory and a Detroit native, describes growing up during the height of the 1950s space race.

(2:42) As a student at University of Detroit Jesuit High School, Bro. Guy describes how his Catholic education and upbringing influenced his decision to go into astronomy, and opened his mind to the wonders of the universe and God’s creation.

(5:01) Ten years after he graduated with a Ph.D. from MIT, Bro. Guy began to question the “big things” in life. As a graduate of a Jesuit high school, one question nagged him more than any others: “Why am I doing astronomy when there are starving people in the world?” This realization led him to join the Peace Corps, and eventually the Jesuits — where he learned he combine his life’s two great loves: science and faith.

(7:33) Not long after professing his vows, Bro. Guy was given an assignment he never expected: to live and work at the Vatican Observatory in Rome, studying meteorites and leading the pope’s outreach to astronomers worldwide. Bro. Guy describes the history and purpose of the Vatican Observatory, which traces its roots to the 19th century, when the Church was fighting rumors that it was “anti-science.” In an effort to show the world that wasn’t true, Pope Leo III established the observatory and commissioned professional astronomers to research the cosmos.

(11:29) Today, Bro. Guy’s role involves working to build bridges between the scientific and faith communities, two groups that may seem to be at war, but who actually have a lot in common, Bro. Guy says.

(13:26) Bro. Guy debunks the myth of the “God of the gaps,” the idea proposed by new atheists that given enough time, science will uncover all of life’s secrets, and God’s existence will be disproven.

(15:46) Instead of a cold, distant God, Christians believe in a God of love — a God who cares enough to die on the cross, to forgive sins, and to give his children the wonders of the universe to explore in harmony with faith and reason, Bro. Guy says.

This episode is brought to you by Catholic Funeral and Cemetery Services. Pre-planning is a gift of love for your family. To start this important end-of-life conversation, visit cfcsdetroit.org.