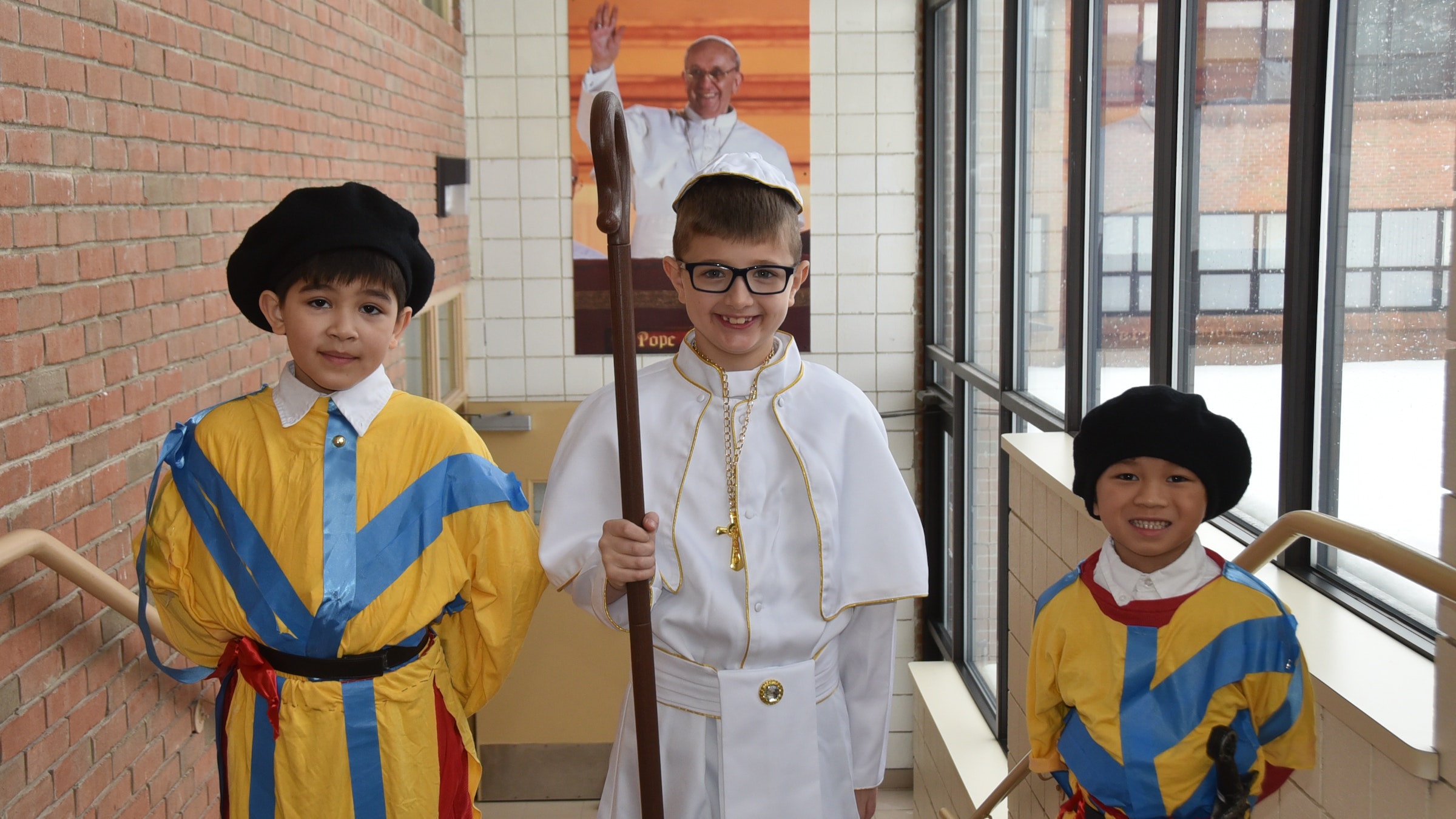 Everest Academy second-graders Jacob Luginski, center, was elected “pope” for the day Feb. 22, the feast of the Chair of St. Peter, by his classmates, while Brandon Sandeen and Teddy Sierminski served as his “Swiss Guards.” Each year, the Clarkston school celebrated “Pope Day” with a real-life lesson on the papacy. (Photos courtesy of Mary Williams)

Jacob Luginski elected in mock conclave, spends day with ‘Swiss Guards’ blessing babies and traveling in his very own ‘popemobile’

CLARKSTON — Students at Everest Academy celebrated “Pope Day” on Feb. 22 by electing one of their own to the chair of St. Peter.

Second-grader Jacob Luginski spent his day as “pope” by visiting classrooms, blessing babies and even traveling with his own entourage of Swiss Guards — classmates Brandon Sandeen and Teddy Sierminski — as the Clarkston school emphasized the role of the real Holy Father.

“As Catholics, we celebrate the Chair of St. Peter each year on Feb. 22. This feast day reminds us to pray for and in gratitude for the pope, who shepherds and leads the Church,” said Mary Williams, communications director at Everest. “At Everest, we affectionately call the feast day ‘Pope Day’ because of the tradition of the second graders holding a mock-conclave and electing a pope to visit the classrooms and hand out pope-sicles.”

After students spent time praying in chapel, second graders at the school cast secret ballots to elect Jacob, whom his peers felt “exhibited the virtues of the month,” Williams said. The ballots were then taken outside and burned.

“Pope Jacob,” along with Brandon and Teddy, were then escorted from the grade school in a makeshift “popemobile” — a covered golf cart — and visited classrooms at the grade school and high school, blessing “babies” and handing out candy.