Fr. Colin Fricke: Being ordained ‘felt like it was an embrace of heaven’ (PHOTOS) 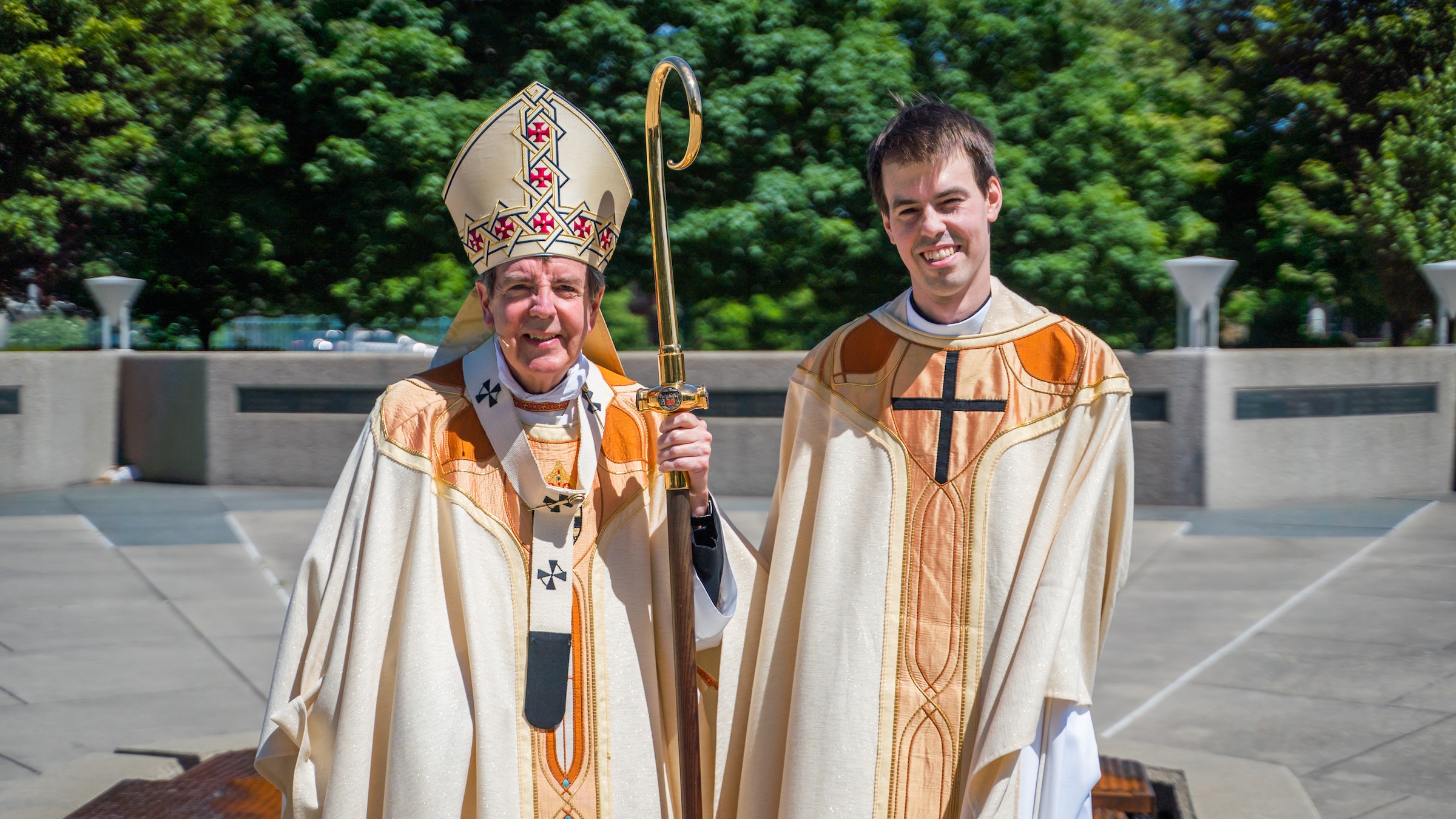 Archbishop Allen H. Vigneron smiles with Fr. Colin Fricke, the fifth and final member of the presbyteral class of 2020 for the Archdiocese of Detroit, after ordaining him to the priesthood June 13 at the Cathedral of the Most Blessed Sacrament in Detroit. (Photos by Valaurian Waller | Detroit Catholic)

Fifth and final member of class of 2020 ordained to be an ‘agent of Jesus’ Passover,' archbishop says

DETROIT — When Archbishop Allen H. Vigneron laid his hands on Fr. Colin Fricke’s head to ordain to him to the priesthood, “I felt like it was an embrace of heaven,” Fr. Fricke said.

Fr. Fricke, 33, became the fifth and final member of the class of 2020 to be ordained to the priesthood for the Archdiocese of Detroit on June 13 at the Cathedral of the Most Blessed Sacrament.

In his homily, Archbishop Vigneron preached about the important role priests play as teachers, in addition to ministers of Christ’s sacramental grace.

“Being a priest and being a teacher belong together,” Archbishop Vigneron said. “These aren’t just two things that are Scotch-taped together. They belong together because the words of the Gospel have to bear fruit in hearts.”

The archbishop told Fr. Fricke he was being ordained to be an “agent of Jesus’ Passover, of the Paschal mystery.”

“As a preacher and a catechist and every teaching you do, you must be an evangelist,” Archbishop Vigneron said. “You must invite people once again to be united to the Lord Jesus because what is not offered to God the Father will not survive. It’s only what is sacrificed into the hands of the Father that will be preserved.”

In his comments after Mass, Fr. Fricke thanked the archbishop for his individual words of encouragement to each member of the 2020 class.

He also thanked his formators at Sacred Heart Major Seminary, family members, spiritual directors, friends and family who attended and prayed for him.

Fr. Fricke also specifically thanked the Men of the Sacred Hearts, a lay apostolate that enthrones homes to the Sacred Heart of Jesus and Immaculate Heart of Mary, to which he has belonged for many years.

“That’s one of the great ministries, to have families pray together,” Fr. Fricke said. “I found that was powerful in my own family and in my own life. It’s a great witness to unleashing the Gospel to families.”

Fr. Fricke will begin his new assignment as associate pastor of St. Paul on the Lake Parish in Grosse Pointe Farms.