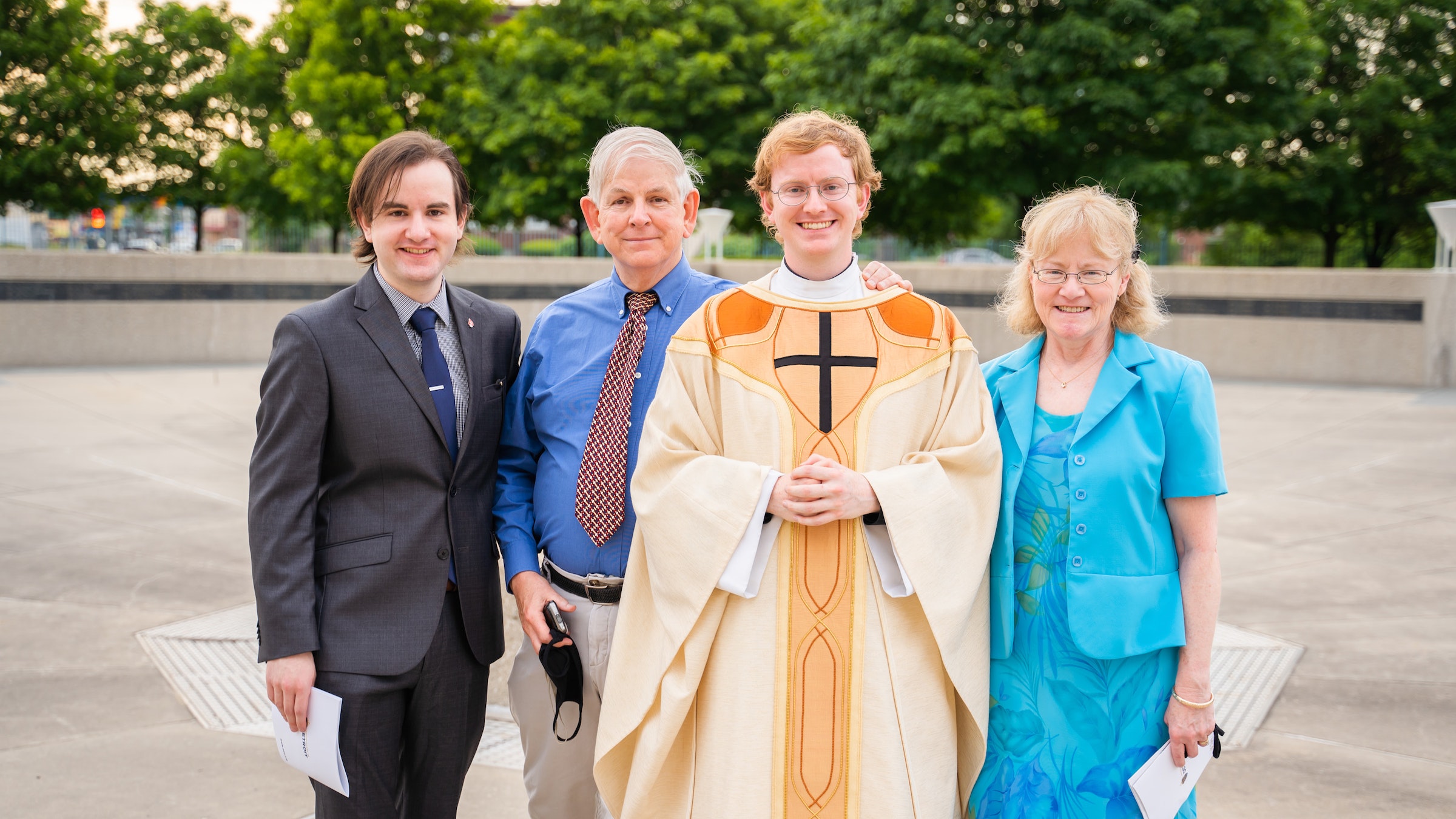 Fr. John Carlin, 30, of the National Shrine of the Little Flower Basilica in Royal Oak, was ordained to the priesthood June 4 at the Cathedral of the Most Blessed Sacrament by Archbishop Allen H. Vigneron. He will begin serving as associate pastor of St. Joseph the Worker Parish in Lake Orion. (Photos by Valaurian Waller | Detroit Catholic)

DETROIT — Archbishop Allen H. Vigneron ordained the second member of the class of 2020 to the priesthood for the Archdiocese of Detroit on June 4, calling Fr. John Carlin to the altar.

Fr. Carlin, 30, joined Fr. Mark Tibai and Fr. David Pellican as the archdiocese’ newest priests, with transitional Deacons Andrew Mabee and Colin Fricke to be ordained in the coming days. The five all studied at Sacred Heart Major Seminary in Detroit.

During his homily at the Cathedral of the Most Blessed Sacrament, Archbishop Vigneron said Fr. Carlin was ordained for the purpose of uniting God's people.

“The work of a member of the presbyterate is to serve communion, to be an agent of communion, to bring people into that saving community that is the Holy Trinity,” the archbishop said. “This is very different from being a community organizer. This is a mystery because to be in communion is to be saved.”

Speaking after Mass, Fr. Carlin thanked his friends, family, God and the archbishop for the gift of ordination.

“The part of ordination that always strikes closest to my heart is when all the priests walk by and place their hands on the newly ordained’s head and entrusts the Church, as they know and love her, to this newly ordained,” Fr. Carlin said.

“That was very powerful, but I found myself getting a little more choked up when I was distributing Communion and I recognized every single face who came up in front of me. I realized how much of an impact you all have had on my life and forming me to be a priest and how much, hopefully, I’ve had on yours.”

Fr. Carlin, whose home parish is the National Shrine of the Little Flower Basilica in Royal Oak, will begin serving as associate pastor of St. Joseph the Worker Parish in Lake Orion.

See photos from the ordination Mass below: