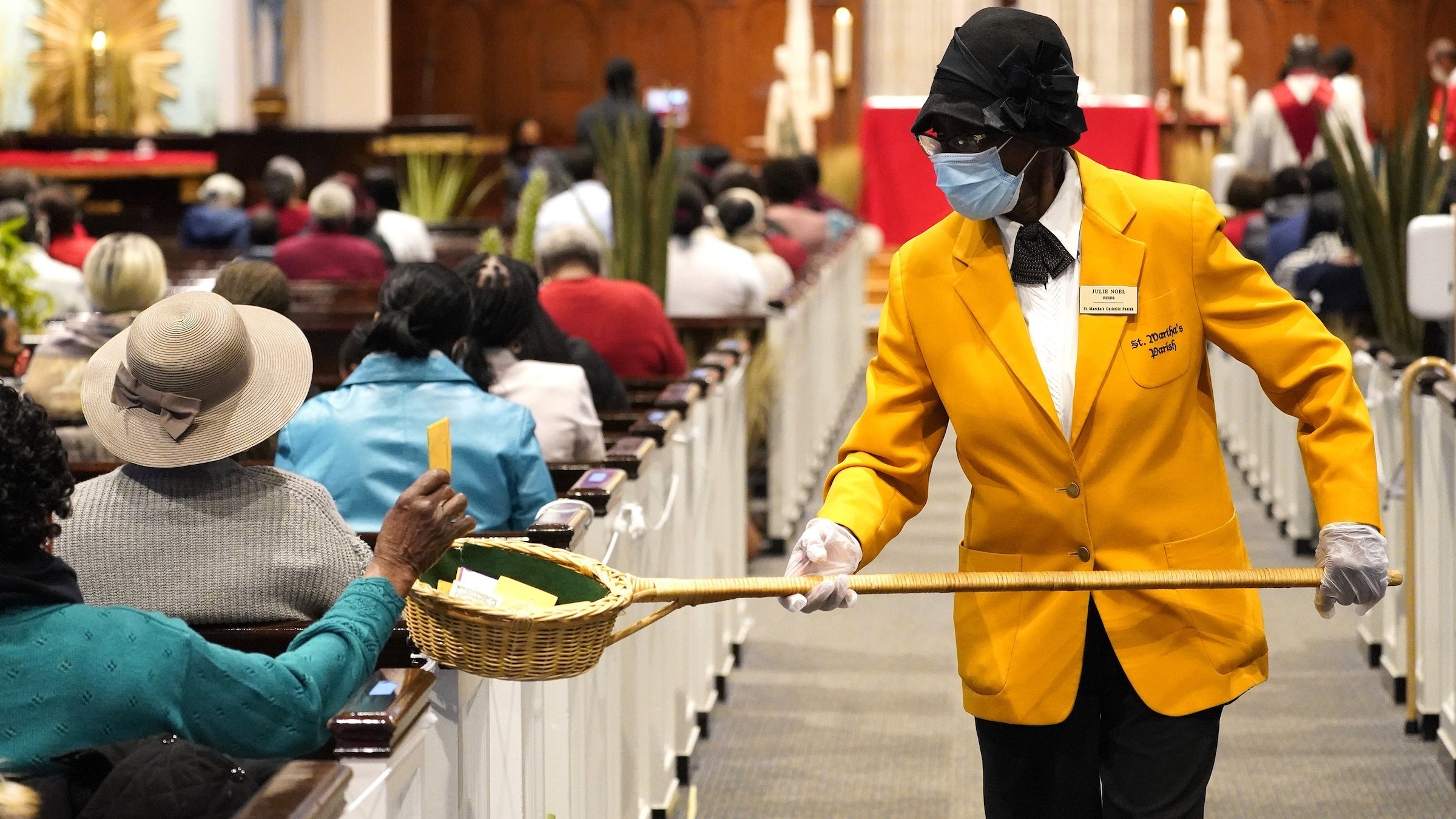 WASHINGTON (CNS) -- Before Voice of the Faithful prepared a report on diocesan finance councils, it gave dioceses a heads-up that it would be working on such a report and what it would be looking for when it visited the dioceses' websites.

Despite the advance notice, only 18 of the 176 dioceses got a grade of 60% or better -- what the Voice of the Faithful considered a passing grade when it released the report July 13.

The paper on diocesan finance councils was the fifth diocesan fiscal transparency report assembled by Voice of the Faithful, which was established in the wake of the clergy sexual abuse scandal that engulfed the Archdiocese of Boston in 2002.

Voice of the Faithful' said the low scores give credence its contention that, had dioceses followed Canon 1277 of the Code of Canon Law with regard to obtaining "consent" from their finance councils for "extraordinary" payments to clergy abuse survivors, the "scandal and sin and sickness of abuse of children would most probably not have persisted as long as it has," the report said.

"Lay involvement would have benefited financial transparency," it said, "and bishops would have been able to avoid being criticized for covering up the scandal with secret payments to survivors."

"We are very focused on diocesan finance councils because by canon law, it is one area where laymen of the dioceses actually have some voice in the serious decisions made," Margaret Roylance, Voice of the Faithful's vice president, told Catholic News Service in a July 25 phone interview.

The diocesan financial council, or DFC, she added, "can be considered a board of directors or the diocese."

Two Voice of the Faithful reviewers spent three months from last October through last January inspecting the diocesan websites using a 10-question worksheet. Seven of the questions referenced canon law directly: In addition to Canon 1277, Canons 492, 493, 494 and 1287 were referenced in the worksheet, as was the U.S. Conference of Catholic Bishops' publication "Diocesan Financial Management: A Guide to Best Practices."

"Canon law requires that they (DFC members) have expertise in finance and that kind of thing," Roylance said. "Generally, clerical members -- a parish priest, etc. -- they don't have that kind of financial background. So when they post the information about members of the diocesan finance councils, you can see if they're posting in a transparent way."

The top five highest scoring dioceses and archdioceses in the report were: Diocese of Memphis, Tennessee, 95%; Archdiocese of Kansas City, Kansas, 92%; Diocese of Scranton, Pennsylvania, 83%; the Archdiocese of Atlanta, 80%; and the Diocese of Cheyenne, Wyoming, 80%.

The two lowest scoring dioceses were Crookston, Minnesota, and Altoona-Johnstown, Pennsylvania, which each scored zero. Thirty dioceses scored 7% and another 26 scored 10%.

Representatives from the pair of zero-scoring dioceses said they aim to do better.

"We're well aware" of the Voice of the Faithful report, said Janelle Gergen, chancellor of the Crookston Diocese, as well as "what the criticisms are, and we are all hoping to take a look at all of that in changing our reporting procedures."

Gergen added, "I'm sure you're all aware of what's happened in the diocese over the past few years," referring to the resignation last year of Bishop Michael J. Hoeppner following a 20-month investigation over accusations that he had mishandled clergy sex abuse claims. The new bishop, Andrew H. Cozzens, was an auxiliary bishop in the Archdiocese of St. Paul and Minneapolis, which "scored a 60 out of 100," in the report, she noted.

"For the past year, our diocesan finance office -- in conjunction with the bishop (Mark L. Bartchak, installed last year), the diocesan finance council, and an outside accounting firm -- has been undergoing an extensive review of all financial activity and an evaluation of the future reporting structure," said Tony DeGol, Altoona-Johnstown diocesan communications secretary, in a July 28 statement emailed to CNS.

"The finance office plans to roll out that new reporting structure in the near future," DeGol added. "The goal of our diocesan finance office is to provide 100% transparency of all financial activity that happens within our diocese and to make information available in a format that is understandable for everyone."

Voice of the Faithful's worksheet inquired whether a diocese's website had a workable internet search function; if contact information for the DFC members was posted; the availability of current information about DFC members on the website; terms of service for DFC members; the nature of DFC membership; whether agendas or highlights of DFC meetings were posted; if posted meeting information indicated the bishop or his representative attends the meetings; whether the DFC was responsible for the preparation of the diocesan budget; and if there was a diocesan financial review at the end of the year.

It also asked whether "acts of extraordinary administration" were undertaken. Code 1277 of the Code of Canon Law defines these as acceptance of onerous gifts, long-term loans; guarantees given for loans taken out by third parties; entering into contracts of purchasing or selling; and the acquisition of real estate whose value in each case exceeds 1 million Swiss francs (about $1.05 million at current exchange rates).

The worst average scores were recorded for contact information for DFC members, and whether agendas or highlights from DFC meetings were posted on the diocese's website. Each of these averaged a score of less than 1.0 across the 176 websites searched.

The highest average score was for whether the website had a workable search function, with dioceses averaging 9.0 out of a possible 10.

"Our assumption is that the website is the public face of the diocese," Voice of the Faithful's Roylance said. "If leadership of the diocese wants information to be available to their members, public, it'll be on the website. Each reviewer goes through each website to ID whether the information is there or not."

Although so many dioceses' scores are weak, Voice of the Faithful is not playing a game of gotcha, according to Roylance.

"This is the first time we've done the diocesan financial council. We'll have to see how their response plays out, but I have every hope that they'll understand that we're trying to help," he said. "We're trying to advance the good of the church by doing this."

When Voice of the Faithful started critiquing diocesan financial transparency, "I'm not sure they knew what to make of us," Roylance told CNS. "Our goal has always been to enhance transparency."

Donors and potential donors, too, want to make sure their money is well spent, she added.

There is a benefit, though, to all of the reporting and scoring.

"We are independent. If we review their website and say they get 100% in transparency, the diocese can go to their members and say, 'We got a 100% high score.' They've become much more receptive and understand that we're trying to help the church," Roylance said, adding that despite the low scores in 2022, they're actually improved from Voice of the Faithful's first examination of diocesan financial transparency.