Hong Kong police detain cardinal, 90, for his support for protesters 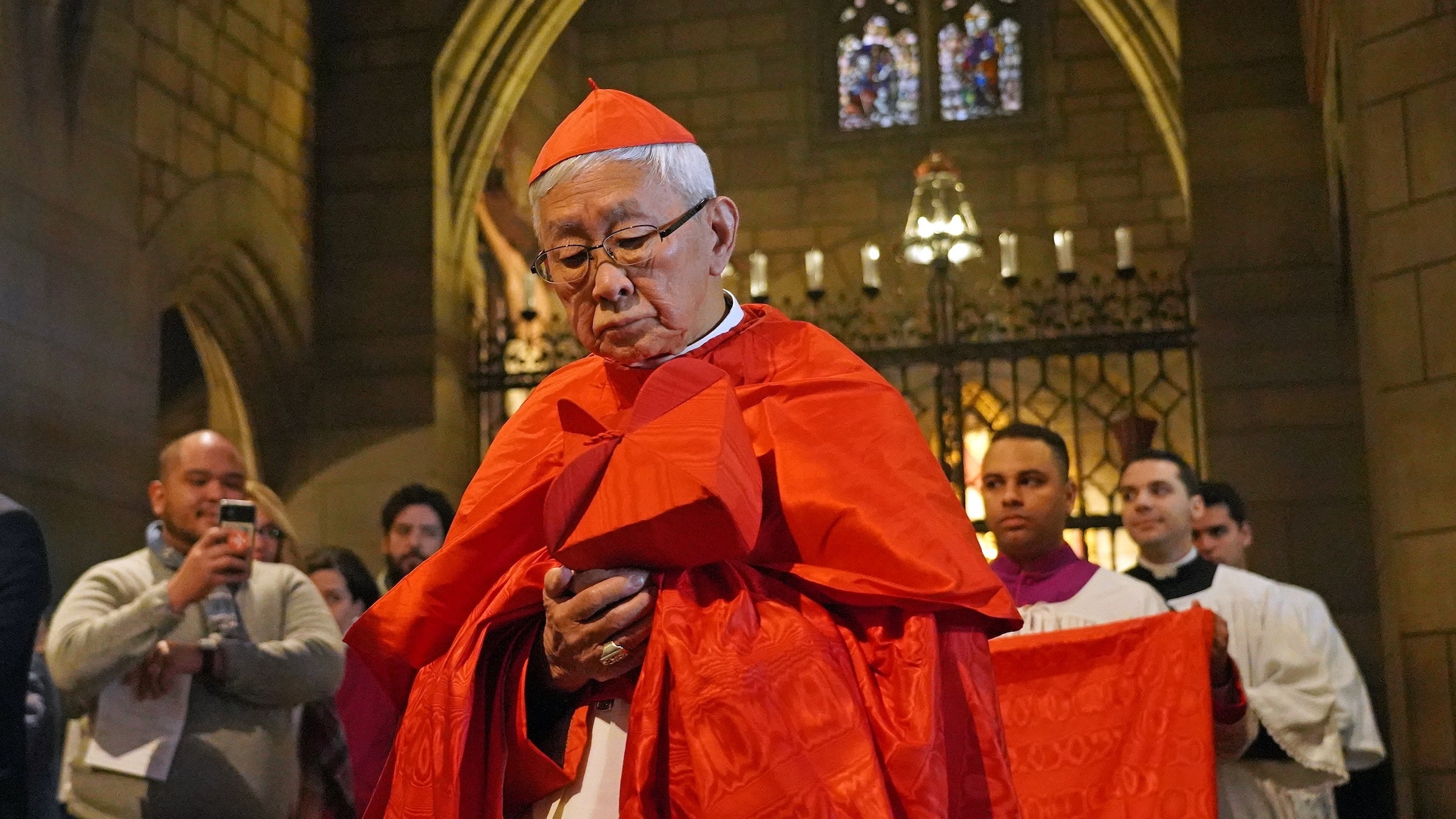 The cardinal, 90, has been a very public supporter of pro-democracy and independence protests that have roiled the city for much of the past decade and came to a head in 2019 with unprecedented street marches and six months of spasmodic street battles with authorities.

Under Hong Kong's 2020 security law, Cardinal Zen could be sent to China for trial if arrested and charged. The law made participating in or supporting the pro-democracy movement crimes of subversion and collusion with foreign organizations and allowed for those remanded to be extradited to mainland China. Punishment ranges between a minimum of three years and a maximum of life imprisonment.

Media said the the cardinal, Ng and Ho, arrested May 11, were among five trustees of the 612 Humanitarian Relief Fund, which was set up to offer financial assistance to those involved in anti-government protests in 2019 and which came under scrutiny of authorities over the past year.

A fourth trustee, former adjunct associate professor Hui Po Keung, was arrested by national security police May 10 as he was about to catch a flight to Germany, a source said. The South China Morning Post reported May 11 that Hui had been put on the list of people who would be stopped by law enforcers if they tried to leave the city via the airport or other control points.

At the Vatican, Matteo Bruni, director of the Vatican press office, said May 11, "The Holy See has learned with concern the news of Cardinal Zen's arrest and is following the development of the situation with extreme attention."

Cardinal Zen has publicly delivered detailed critiques of Beijing. He has been close to other high-profile dissidents and has gone as far as sleeping on the streets with students protesters.

Beijing's ire has also been raised by the cardinal's ongoing critique of the Vatican's controversial 2018 deal with China regarding the appointment of bishops, an attempt to end a fractious relationship that stretched back to the time of dictator Mao Zedong. Cardinal Zen said he was concerned the deal would "kill" the unofficial or underground church in China, whose leaders refuse to register with the state-run Chinese Catholic Patriotic Association.

The cardinal's detention comes months after a series of articles in state-run media attacking his activism. It also comes amid rising fears that Beijing would begin instituting closer control over the church in Hong Kong, in line with its central management of the church on the mainland.

Beijing has a history of arresting and jailing priests and bishops, with a number still unaccounted for in recent decades.

Shortly after the new security law was implemented, Cardinal Zen said that while he would remain prudent, he was prepared to suffer arrest and trials under the new law.

"If right and proper words were considered against their law, I will endure all the suing, trials and arrests. Numerous predecessors have endured similarly," he said in a video posted on his Facebook page.