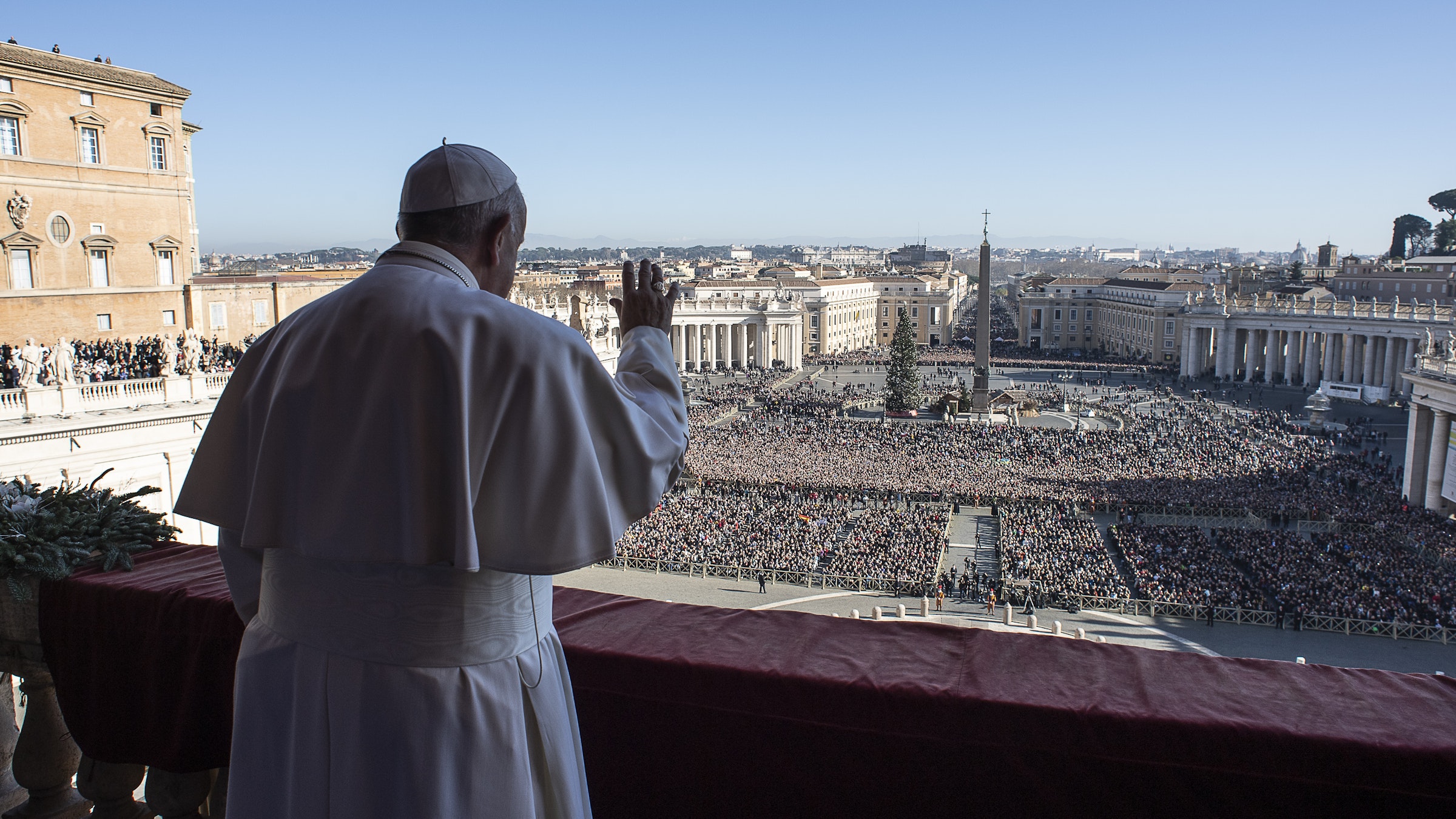 The pope announced he will give an extraordinary blessing "urbi et orbi" (to the city and the world) at 6 p.m. Rome time March 27 in an "empty" St. Peter's Square because all of Italy is on lockdown to prevent further spread of the coronavirus. (CNS photo/Alberto Lingria, Reuters)

VATICAN CITY (CNS) — In response to the ongoing coronavirus pandemic, Pope Francis said he will give an extraordinary blessing "urbi et orbi" (to the city and the world) at 6 p.m. Rome time (1 p.m. Eastern) on Friday, March 27.

The formal blessing — usually given only immediately after a new pope's election and on Christmas and Easter — carries with it a plenary indulgence for all who follow by television, internet or radio, are sorry for their sins, recite a few prescribed prayers and promise to go to confession and to receive the Eucharist as soon as possible.

RELATED: What is a plenary indulgence, and how do I receive one?

The special blessing will be streamed live from www.vaticannews.va and Vatican News’ Facebook page, and the CatholicTV (CTV) will carry it live at 1 p.m. Eastern time.

In the Detroit area, the Catholic Television Network of Detroit (CTND) will broadcast the blessing live at 1 p.m. Eastern. CTND can be found on channel 398 for Comcast Xfinity customers, Spectrum Cable 16, or Wyandotte Cable channel 73.

The Eternal Word Television Network (EWTN) will also broadcast the blessing on tape delay at 3 p.m. and 8 p.m. Friday and 5 a.m. Saturday.

After reciting the Angelus prayer March 22 from the library of the Apostolic Palace, Pope Francis announced his plans for the special blessing, which, he said, would be given in an "empty" St. Peter's Square because all of Italy is on lockdown to prevent further spread of the virus.

With the public joining him only by television, internet or radio, "we will listen to the word of God, raise our prayer (and) adore the Blessed Sacrament," he said. "At the end, I will give the benediction 'urbi et orbi,' to which will be connected the possibility of receiving a plenary indulgence."

An indulgence is an ancient practice of prayer and penance for the remission of the temporal punishment a person is due for sins that have been forgiven. In Catholic teaching, a person can draw on the merits of Jesus and the saints to claim the indulgence for themselves or offer it on behalf of someone who has died.

In addition to announcing the special blessing, Pope Francis said that at a time "when humanity trembles" because of the COVID-19 pandemic, he was asking Christians of every denomination to join together at noon March 25 to recite the Lord's Prayer. The Catholic Church and many others mark March 25 as the feast of the Annunciation.

"To the pandemic of the virus we want to respond with the universality of prayer, compassion and tenderness," he said. "Let's stay united. Let us make those who are alone and tested feel our closeness," as well as doctors, nurses, other healthcare workers and volunteers.

Pope Francis also expressed concern for "authorities who have to take strong measures for our good" and the police and soldiers maintaining public order and enforcing the lockdown.

This article has been updated.