John Paul I and the pill: He wanted change, but accepted 'Humanae Vitae' 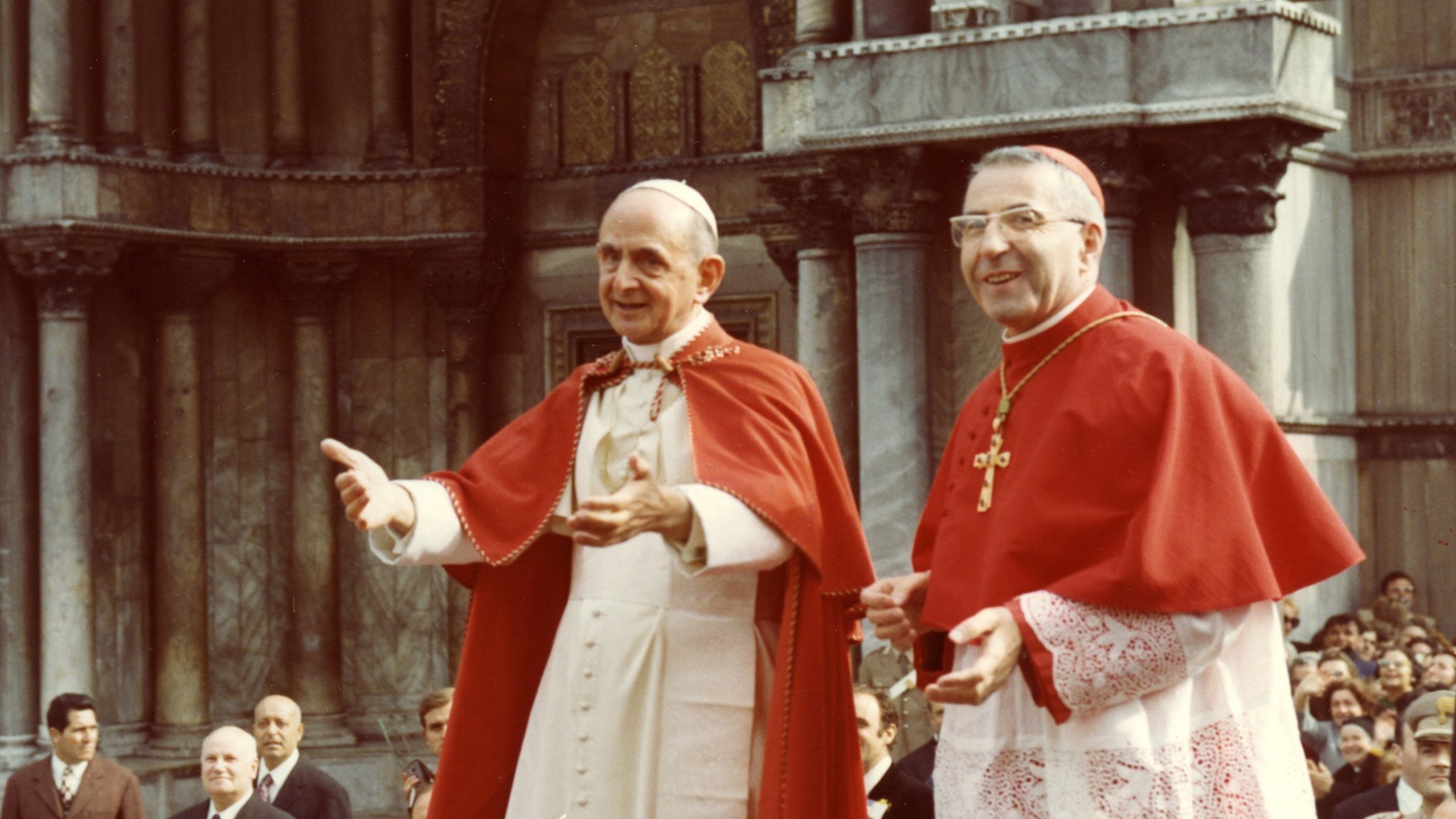 VATICAN CITY (CNS) -- On the eve of the World Meeting of Families and with a view toward the beatification Sept. 4 of Pope John Paul I, attention turned to his initial openness to softening Catholic teaching on contraception and his later support for the teaching of St. Paul VI.

The editorial director of Vatican News, Andrea Tornielli, and the vice postulator of St. John Paul's sainthood cause, Stefania Falasca, both focused in June on a document drafted in 1967 by then-Bishop Albino Luciani of Vittorio Veneto -- the future pope.

Written on behalf of the bishops of Italy's Triveneto region, the document was given to St. Paul VI before he issued "Humanae Vitae," which upheld the church's opposition to artificial birth control. The document was not available publicly until 2020, when it and other unpublished works were released with a biography of Pope John Paul.

But Tornielli, who is doing a podcast about the pope for Vatican News, also wrote about "a very rare audio tape" of Bishop Luciani talking about church teaching on regulating births during a conference in Mogliano Veneto in 1968, shortly before the release of "Humanae Vitae."

"In the course of that conference he had said, 'For me this is the biggest theological issue that has ever been dealt with in the church. When there was Arius or Nestorius and they were talking about the two natures in Christ, they were serious issues, yes, but they were understood only at the top of the church, by theologians and bishops. The poor people understood nothing about these things and would say, 'I adore Jesus Christ, I love the Lord who redeemed me,' and it was all there, there was no danger."

But the issue of whether it is permissible under some circumstances to use some forms of birth control, the future pope said, "'is a problem that no longer concerns the top leadership of the church, but the whole church, all young families.' And he had added shortly afterward that he hoped for a 'liberalizing' word from the pontiff," Tornielli wrote June 21 in L'Osservatore Romano, the Vatican newspaper.

Falasca, writing June 13 in Avvenire, the newspaper of the Italian bishops' conference, said that "the moral and scientific problems related to birth control had interested Albino Luciani, who studied them with particular attention, seeking a way in which the application of Catholic doctrine could also take into account the drama of conscience of many believing couples, tormented by the discord between fidelity to magisterial indications and the actual difficulties of life as a couple."

By urging a somewhat more liberal position before "Humanae Vitae" and urging full acceptance of the teaching afterward, Bishop Luciani was being Catholic, Falasca argued. "One must distinguish, on the one hand, the reflection and concerns in research by a pastor who is also a dogmatic theologian, close with great pastoral sensitivity to the difficulties of so many Christian couples and therefore in favor of a deepening of Catholic doctrine on the issue and, on the other hand, consider the bishop faithful to a doctrine that had remained substantially and consistently steadfast in its disapproval of contraceptive practices."

In the paper he drafted on behalf of the Triveneto bishops, the future pope had made it clear that the bishops were not in favor of liberalizing church teaching against the use of instruments or chemicals that attack a fertilized egg or sterilize the sperm or inhibit the implanting of a fertilized egg on the uterus wall.

"It would seem not to go against nature if, manufactured in imitation of natural progesterone, one would use it to distance one birth from the other, to give rest to the mother and to think of the good of children already born or to be born," he had written. "Of course, for the lawfulness of its use, the circumstances must concur: righteous intention, that is, the intention to bring into the world -- over the years of fecundity -- the number of children that can be appropriately supported and educated."

When, however, the pope published "Humanae Vitae," Bishop Luciani acknowledged the disappointment of many Catholics, but insisted the pope "put his trust in God" and was inspired to uphold "the constant teaching of the magisterium in this most delicate matter in all its purity."

At the same time, Falasca wrote, Bishop Luciani urged pastors to be gentle with penitents, encouraging them to grow in accepting the teaching of "Humanae Vitae" without condemning them if they could not fully comply.

"One may think that God, all seeing and considering, has not suspended his friendship with these souls," the future pope wrote. In the context of an otherwise "Christian life," one can assume that "the will of those spouses has not departed from God and that their guilt may not be serious, although it is not given to us to know with certainty."

He added that he hoped his reply "will not earn me the accusation of wanting to place pillows under the elbows of sinners!"