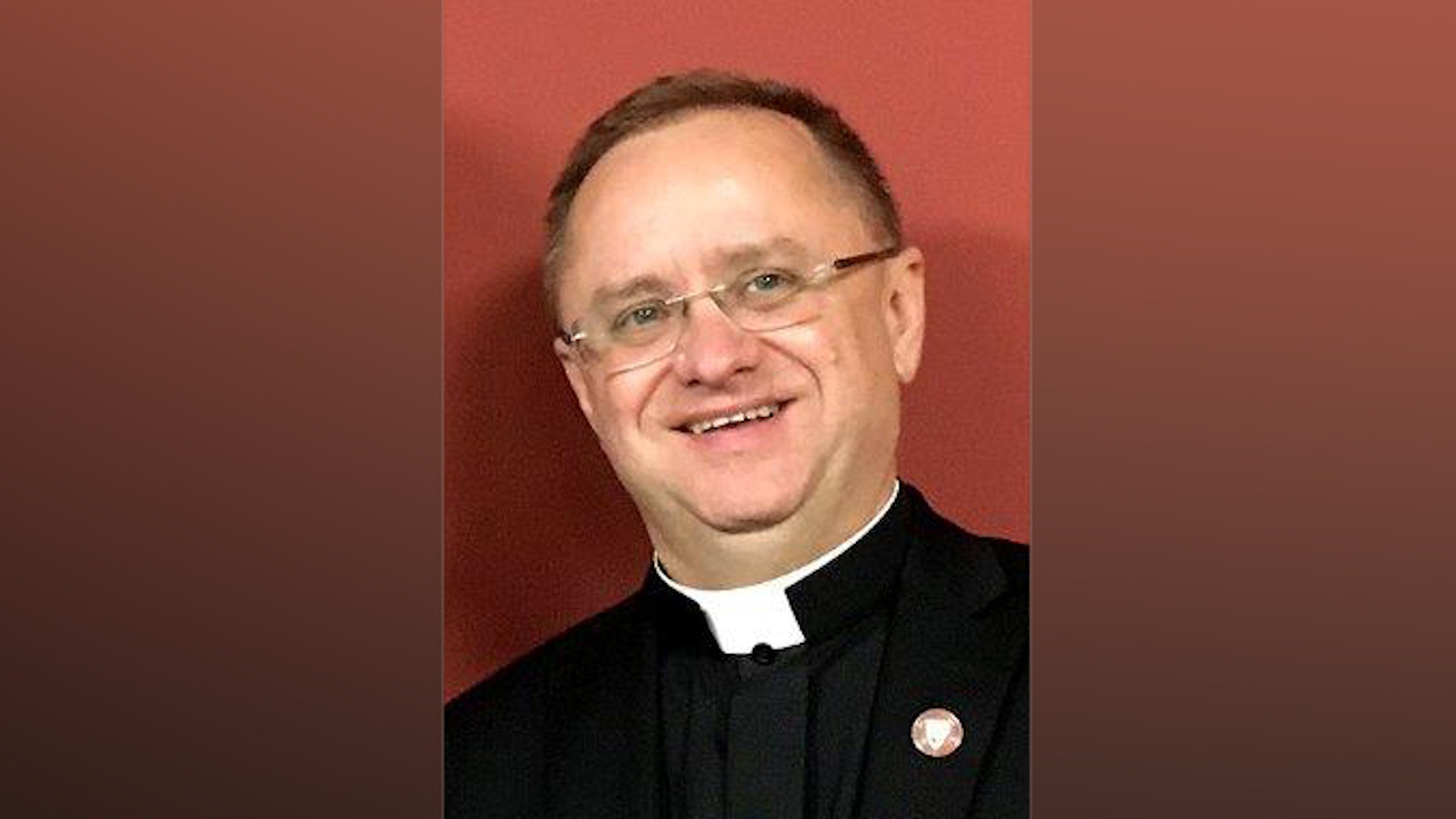 A lawsuit filed Dec. 14 in federal court in Detroit alleges Fr. Miroslaw Krol, a priest of the Archdiocese of Newark, N.J., and chancellor of the Orchard Lake Schools, engaged in sexual harassment and assault of two employees, who were later terminated. Fr. Krol denies the allegations. (Detroit Catholic file photo)

ORCHARD LAKE — The chancellor of the Orchard Lake Schools is on administrative leave after a lawsuit filed in federal court Dec. 14 alleged he pressured two employees into sexual activities and retaliated against them when they rebuffed his advances.

Fr. Miroslaw Krol, 50, a Polish priest of the Archdiocese of Newark, N.J., has served since 2017 as chancellor and CEO of the Orchard Lake Schools, an independent Polish-American campus located within the Archdiocese of Detroit that includes SS. Cyril and Methodius Seminary, St. Mary’s Preparatory High School, and the Polish Mission.

The institutions are not owned or operated by the Archdiocese of Detroit.

Two adult men — who are unnamed in the lawsuit — claim Fr. Krol recruited them to work for the Orchard Lake Schools in 2018, engaged in “grooming” tactics, and later harassed or sexually assaulted them on multiple occasions. The lawsuit also alleges Fr. Krol threatened the men’s employment when they tried to report the abuse.

Through his attorney, Fr. Krol denied the allegations in a statement to the Detroit Free Press.

"Fr. Krol denies all allegations of misconduct in their entirety, and looks forward to being vindicated," Roy Henley, an East Lansing attorney, said in the brief statement.

In a separate statement, the Orchard Lake Schools said Fr. Krol is on administrative leave “pending the resolution of this matter,” but said the lawsuit’s plaintiffs “have mischaracterized the circumstances surrounding their terminations.”

“We are confident that the facts in this case will prevail, that the legal process will determine their claims lack merit, and that we acted appropriately at all times,” the statement said. “As an institution, we have been and will continue to be fully committed to following the highest standards for our students, faculty and staff.”

Prior to being appointed chancellor, Fr. Krol was a former student, dean, and vice rector of SS. Cyril and Methodius Seminary, an independent seminary that primarily educates and forms Polish immigrants to serve as priests in the United States. Because of its location within the boundaries of the Archdiocese of Detroit, Archbishop of Detroit Allen H. Vigneron has a seat on its board of regents and has specific responsibilities for certain elements of its formation, though neither he nor the archdiocese oversee or operate the seminary.

The lawsuit said a board member had attempted to contact the Detroit archdiocese with concerns over Fr. Krol’s behavior, which the archdiocese said it was investigating.

“As it relates to the federal lawsuit filed against the seminary, the Detroit archdiocese takes such complaints seriously and will look into them as vigorously as it is able,” the archdiocese said in a statement.

According to the lawsuit, Fr. Krol also engaged in sexual misconduct — at times non-consensual — with seminarians recruited to SS. Cyril and Methodius Seminary from Poland during his time as vice rector from 2008-11, in addition to his alleged misconduct toward the lawsuit’s plaintiffs.

The lawsuit, filed in Detroit, claims Fr. Krol propositioned the two plaintiffs, identified as “John Doe 1” and “John Doe 2,” on separate occasions during visits to his on-campus apartment, and at least once tried to force himself upon them.

Fr. Krol attended SS. Cyril and Methodius Seminary for two years before completing his theological studies at Immaculate Conception Seminary of Seton Hall University in South Orange, N.J. In 1999, he was ordained a priest by the now-laicized former cardinal Theodore McCarrick, who was archbishop of Newark at the time.

After serving in parishes in New Jersey, Fr. Krol was named dean of human formation at SS. Cyril and Methodius Seminary in Orchard Lake in 2006. He was named vice rector of the seminary two years later, serving in that capacity until 2011.

In 2011, Fr. Krol returned to New Jersey to serve as pastor of St. Theresa Parish in Linden until July 2017, when he was named the 12th chancellor of the Orchard Lake Schools.