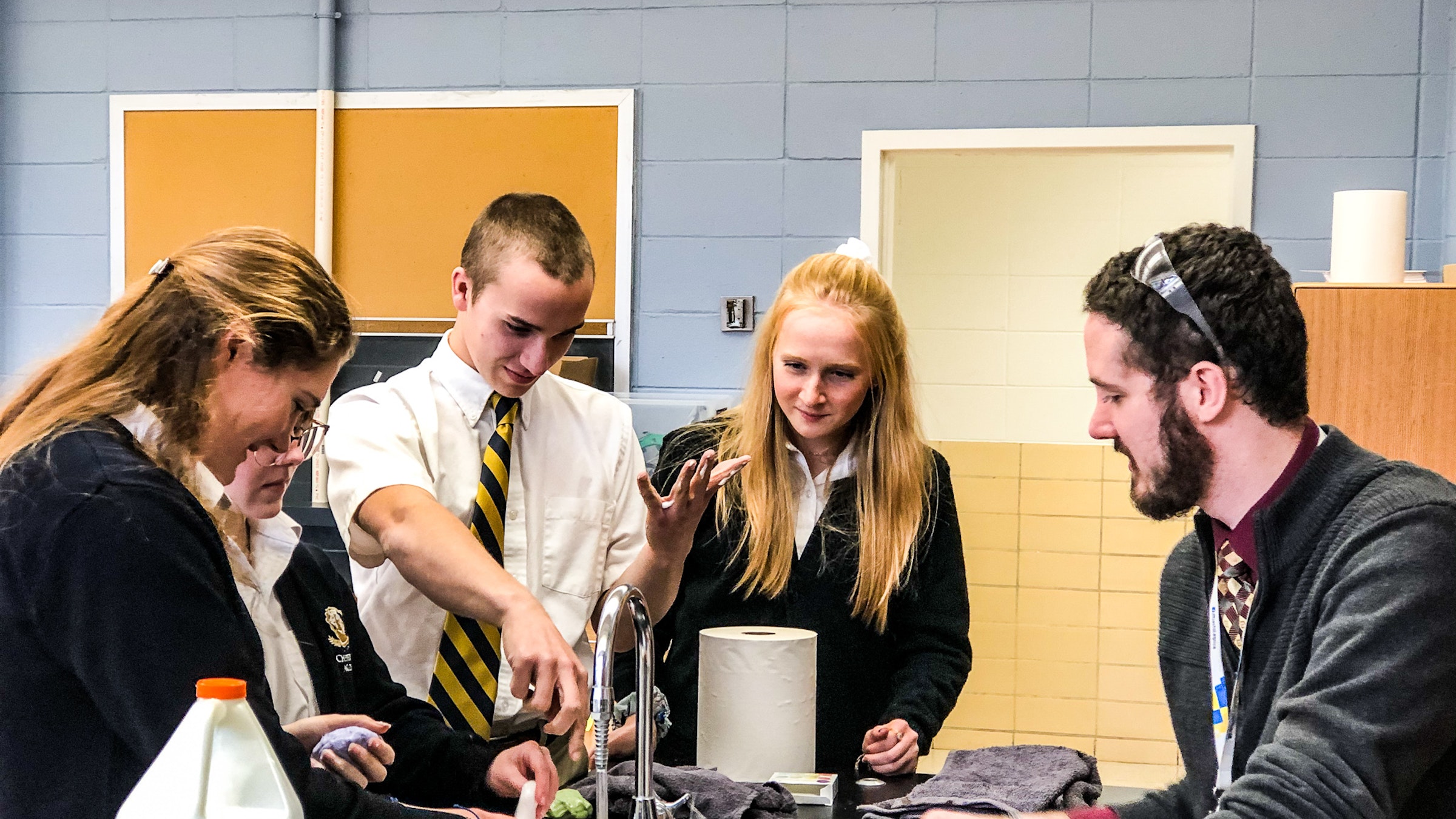 CLINTON TOWNSHIP — A group of parents and classical education supporters are combining efforts to bring another Christ-centered high school to southeast Michigan.

The Chesterton Academy of Detroit will be the 19th school in the international Chesterton Schools Network and the first one in Metro Detroit.

The Chesterton Academy of Detroit is an independent, classical high school rooted in the Catholic tradition that has been in formation since 2017 and is expected to open for the 2020-21 school year. The school’s namesake is Gilbert Keith (G.K.) Chesterton, the famed 20th century English writer and Catholic convert, who emphasized that truth and beauty can be found in studying the classical arts.

The Chesterton Schools Network includes 18 existing schools — with the Clinton Township location being the 19th — with each school operating as an independent 501(c)3 seeking to offer students a holistic, Christ-centered education rooted in the humanities and classical thought.

In May 2019, the Detroit school’s board of directors hired Peter Ohotnicky, originally from Tennessee, as the school’s first headmaster.

According to Ohotnicky, the first Chesterton school was opened in 2008 in Minneapolis and St. Paul by Dale Ahlquist and Tom Bengtson of the American Chesterton Society, who sought to expand on the Catholic education options in the area.

The Chesterton Academy curriculum centers on a classical education: reading great works of literature, studying Greek and Roman philosophy, learning mathematics by studying the minds that developed core concepts in geometry, trigonometry and algebra, looking at science through the lens of discoverers and incorporating all of the lessons into a Catholic worldview, Ohotnicky said.

The school hopes to have 40 students in each class, with a maximum of 160 students. Students will attend Mass every day and have constant access to the sacraments, but the school will not be officially designated as a Catholic school.

“I always had a picture in my head of what a good Catholic school could look like,” said Correa-Miller, originally from Miami before coming to Detroit. “I discovered the Chesterton Schools Network and planned a visit to the Twin Cities to meet the founder. As we were talking about the school, the more we talked, the more we (David and Alejandra) knew that this is what we were looking for.”

Correa-Miller says parents in the Archdiocese of Detroit already have great Catholic education options in the area, but the Chesterton Academy would be the first classical-based high school curriculum model. St. John Paul II School in Lincoln Park, an archdiocesan grade school, will transition into a classical K-8 school in the 2020-21 school year.

“There was no high school offering a rigorous, classical program, and that is what we wanted for our children,” Correa-Miller said. “Second, we love the fact that the Chesterton Academies have daily Mass that isn’t optional; that really sets the first tone for the rest of the day. We know that not every family feels the need to go to daily Mass — and we’re not saying this is better — (but) it’s different, bringing another choice to the table.”

Ohotnicky, whose own children are products of a classical education, said he sees the benefits in world that is constantly changing and is increasingly secularized.

“It is very much trying to help (students) to recognize what is true, good, beautiful and wonderful in the world,” Ohotnicky said. “We’re seeking to nurture a sense of wonder at the world, and what a gift God gives us to be alive to experience truth, goodness, music, literature, science and mathematics — how it reveals both beauty and truth.”

The Chesterton Academy of Detroit plans to start small with only ninth, 10th and 11th grade in the first year of operation, with a maximum of 40 students in each class. Tuition will be $6,000 a year, with reduced rates available for families with more than one child in the school.

Correa-Miller said the Chesterton Academy of Detroit will start with a small staff; she will be an administrator and teach theology, while Ohotnicky, in addition to being headmaster, will teach science and math.

Ohotnicky said the Chesterton Academy seeks to align with the Archdiocese of Detroit’s Office of Catholic Schools’ strategic vision, “Unleashing Our Catholic Schools,” as a center for creating disciples and evangelists.

“I have seven kids myself, and all of them had a classical education. Four of them are out of the home, and two are considering a religious vocation,” Ohotnicky said. “What I’ve seen is that this type of education solidifies a child’s faith. They see the bigger picture of how faith forms all that we do in our lives; it integrates everything.

“There is a famous Chesterton quote,” Ohotnicky continued: “'It ought to be the oldest things that are taught to the youngest people.' In a lot of cases, the most important thing to teach to children are the oldest, what we know for sure, and the most true. A lot of times, children are exposed to educational methods that are younger than they are. Forming a human person isn’t a new thing. The Church has done it for centuries.”

To learn more about the Chesterton Academy of Detroit, visit https://chestertonacademy.org/.