Not all 'eventualities' considered in Afghanistan withdrawal, pope says 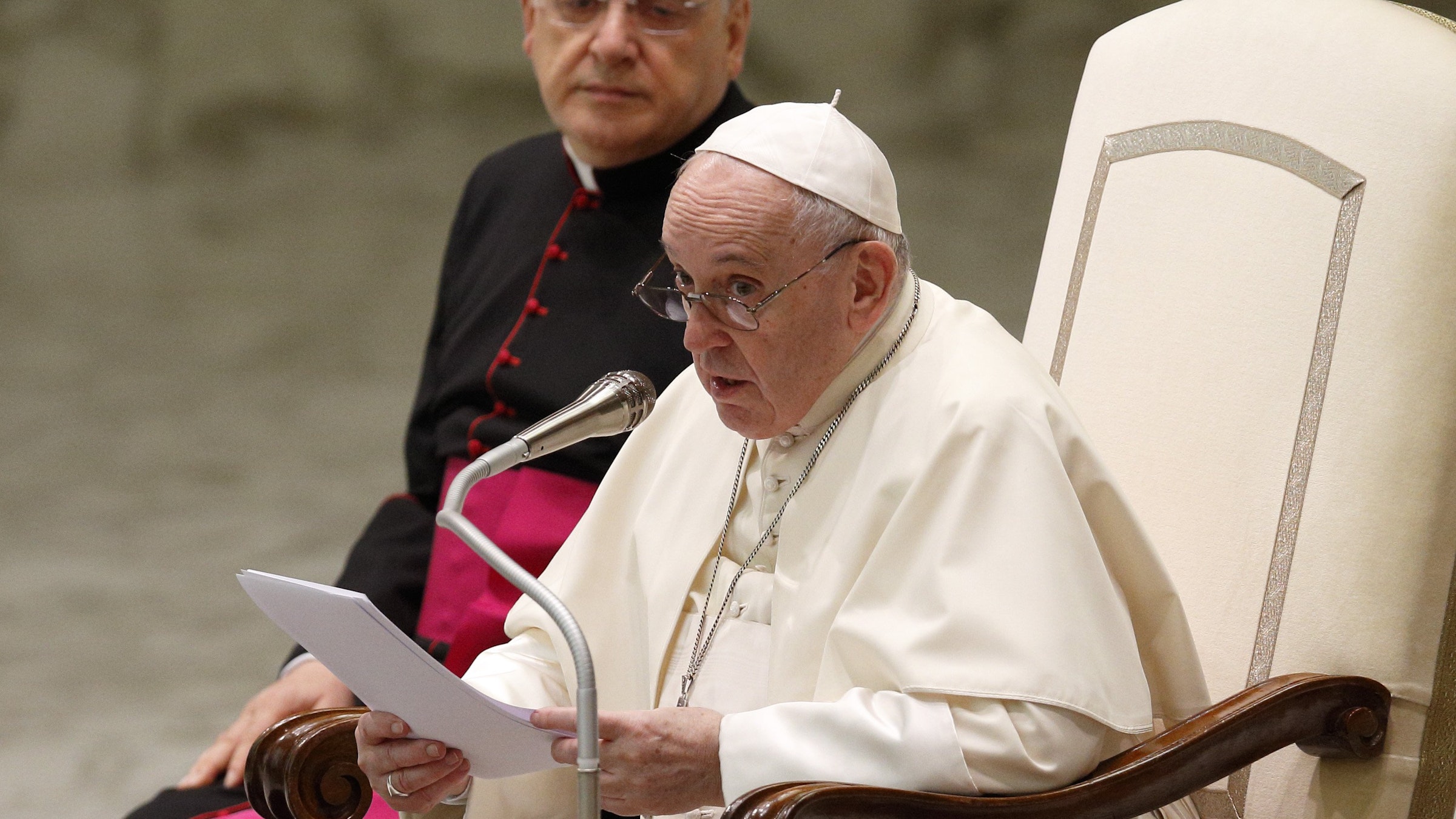 Pope Francis leads his general audience in the Paul VI hall at the Vatican Aug. 25, 2021. In a radio interview, the pope said not all "eventualities" were considered in the Afghanistan withdrawal. (CNS photo/Paul Haring)

VATICAN CITY (CNS) — The chaotic withdrawal of U.S. forces from Afghanistan was due in part to a lack of foreseeing all possible eventualities, Pope Francis said in a new interview.

"The way to negotiate a withdrawal, an exit, from what we see here it seems that –– I don't want to judge –– not all the eventualities were taken into account," the pope said in an excerpt of an interview with COPE, the radio network owned by the Spanish bishops' conference, released Aug. 31.

During the 90-minute interview, which will be broadcast Sept. 1, the pope will address health concerns, the legalization of euthanasia in Spain, the question of Catalan independence as well as the situation in Afghanistan, COPE said.

When asked if the Vatican could use its diplomatic power to discourage the new regime from waging reprisals against the people, the pope said, "Yes, in fact, the secretary of state (Cardinal Pietro Parolin) is doing that.”

During his Sunday Angelus address Aug. 29, the pope appealed to all Christians to fast and intensify their prayers for Afghanistan in the wake of increased violence in the country.

"I ask everyone to continue to help the needy and to pray that dialogue and solidarity may lead to the establishment of a peaceful and fraternal coexistence and offer hope for the country's future," he said, after praying the Angelus with visitors in St. Peter’s Square Aug. 29.

He said he had been following the news out of Afghanistan "with great concern.”

The pope was referring to the Aug. 26 attack when a suicide bomber detonated an explosion among the crowds of people desperate to leave the country at the gate of the Hamid Karzai International Airport. The blast killed at least 169 civilians and 13 U.S. service members, who were set to withdraw from the country by Aug. 31. Thousands of Afghans were seeking to be evacuated as well. The Islamic State claimed responsibility, saying the suicide bomber was targeting Afghan collaborators with the U.S. Army.

The pope said, "I entrust the deceased to the mercy of almighty God and I thank those who are striving to help" the people who have been through so much, in particular the women and children.

"In historic moments like this one, we cannot remain indifferent; the history of the church teaches us this," he said.