'Jesus is a light dispelling the shadow of death,' Archbishop Vigneron tells the faithful on 50th anniversary of Roe

On the first Sanctity of Life Sunday following Prop. 3, archbishop calls on faith to be Christ’s light

DETROIT – On Sanctity of Life Sunday, commemorating the 50th anniversary of Roe v. Wade, Archbishop Allen H. Vigneron offered a word of hope and consolation that Christ is the light that darkness cannot overcome.

The Mass comes at a time when pro-lifers celebrate the overturning of Roe v. Wade but lament the passage of Proposal 3 in Michigan this past November, placing abortion rights into the state constitution.

During his homily at Sunday Mass at the Cathedral of the Most Blessed Sacrament on Jan. 22, Archbishop Vigneron turned to the gospel as a reflection of our contemporary experience in 2023.

The words in the Gospel of St. Matthew 4:16 – “on those dwelling in a land overshadowed by death light has arisen” – resonate today, the archbishop said, and are a fulfillment of the prophecy of Isaiah 9:1: “the great light shines on those who dwell in a land of gloom.”

“In this season, when Catholics throughout the United States are praying for the vindication of the right to life, especially at this time not many weeks after the passage of a referendum that radically legalized abortion on demand in our state, I think we can rightly identify ourselves as the men and women in the land overshadowed by death,” Archbishop Vigneron said.

The light of Christ dispels the darkness and heralds the Kingdom of Heaven, Archbishop Vigneron explained. This kingdom is not imposed by force, he added, but is established on a firm foundation by a change of heart.

“Jesus is a light dispelling the shadow of death by going to the margins, as Pope Francis might put it,” Archbishop Vigneron said. “You will recall (in the Gospel), Matthew reports Jesus withdrew to Galilee of the Gentiles, which, in Gospel-speak at that time, means ‘Galilee of the pagans.’

“This light that dispels the gloom of death was offered by Jesus to those who were least likely, least expected to receive the light,” Archbishop Vigneron added.

Jesus calls his faithful to be agents of light, such as Peter, James and Andrew, the Archbishop said. We can take the graces that Jesus offered to the gentiles when he went to Galilee so we, the faithful, can be a light to those who dwell in a land overshadowed by death.

“We’re pretty ordinary agents of this extraordinary grace, and our own powerlessness and ordinariness is our power because it shows the power of the Gospel – the power of grace,” Archbishop Vigneron said. “Jesus, as a light dispelling darkness by going to the margins, reminds us that even today, we serve the Gospel of light in a territory that does not at first glance seem very auspicious or promising to produce abundant fruit for the dignity and preserving of the right to life.”

Like Jesus, we have come to a territory that is hostile to the light, Archbishop Vigneron explained. However, these hostile, gloomy places are where the light is the most needed and where it will shine the brightest. 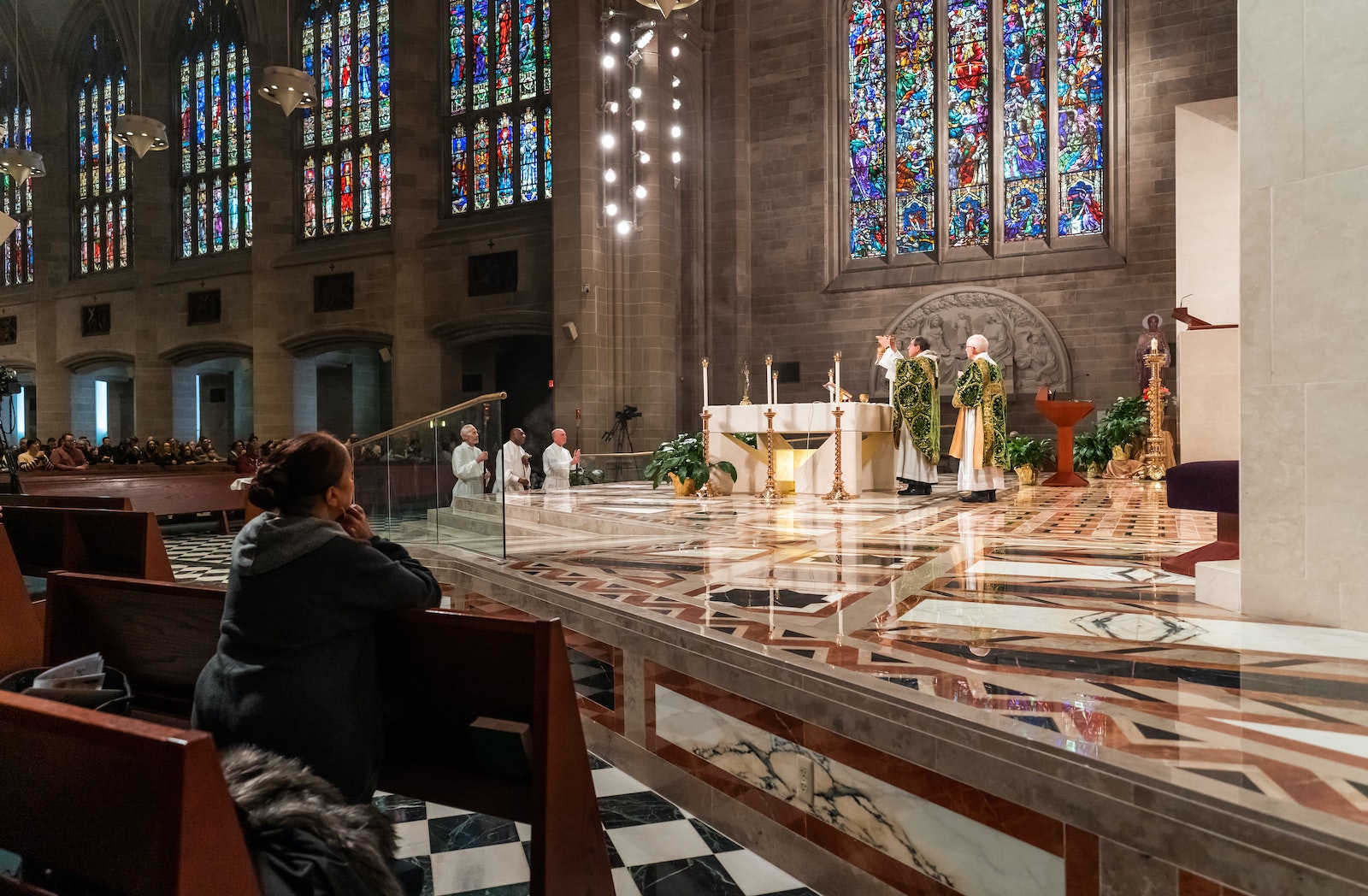 Jesus calls his faithful to be agents of light, such as Peter, James and Andrew, Archbishop Vigneron said. "We ourselves can take the graces that Jesus offered to the gentiles when he went to Galilee, so we, the faithful, can be a light to those who dwell in a land overshadowed by death."

We are called to work harder to bring light to the darkness and uphold the right to life, Archbishop Vigneron added. Above all else, the faithful should set an example of protecting and supporting life and walking with both mothers and fathers in need.

“In God’s good time, he shall overcome, and in the meantime, the Lord is bringing good even out of evil,” Archbishop Vigneron said. “Even out of what seems to be darkness, he can bring life because he is the Lord. He brings a good, a victory that hastens the ultimate triumph of the light that dispels the gloom of us who live in the shadow of death.

“And so, brothers and sisters, let us lay hold of the graces to which the gospel testifies and which are made available to us in this most Blessed Sacrament,” he added. “Let us together, and on behalf of the whole church, renew our profession that Christ is the light, a light that cannot be extinguished. Let us draw strength for our share in the mission of Jesus for sharing in this pascal matter, and let us with confident hearts give thanks for the victory of Jesus over the shadow of death, for his past victories, and following the admonition of Blessed Solanus, let us be one in giving God thanks ahead of time for the victory that is assured; the victory of life over death.”