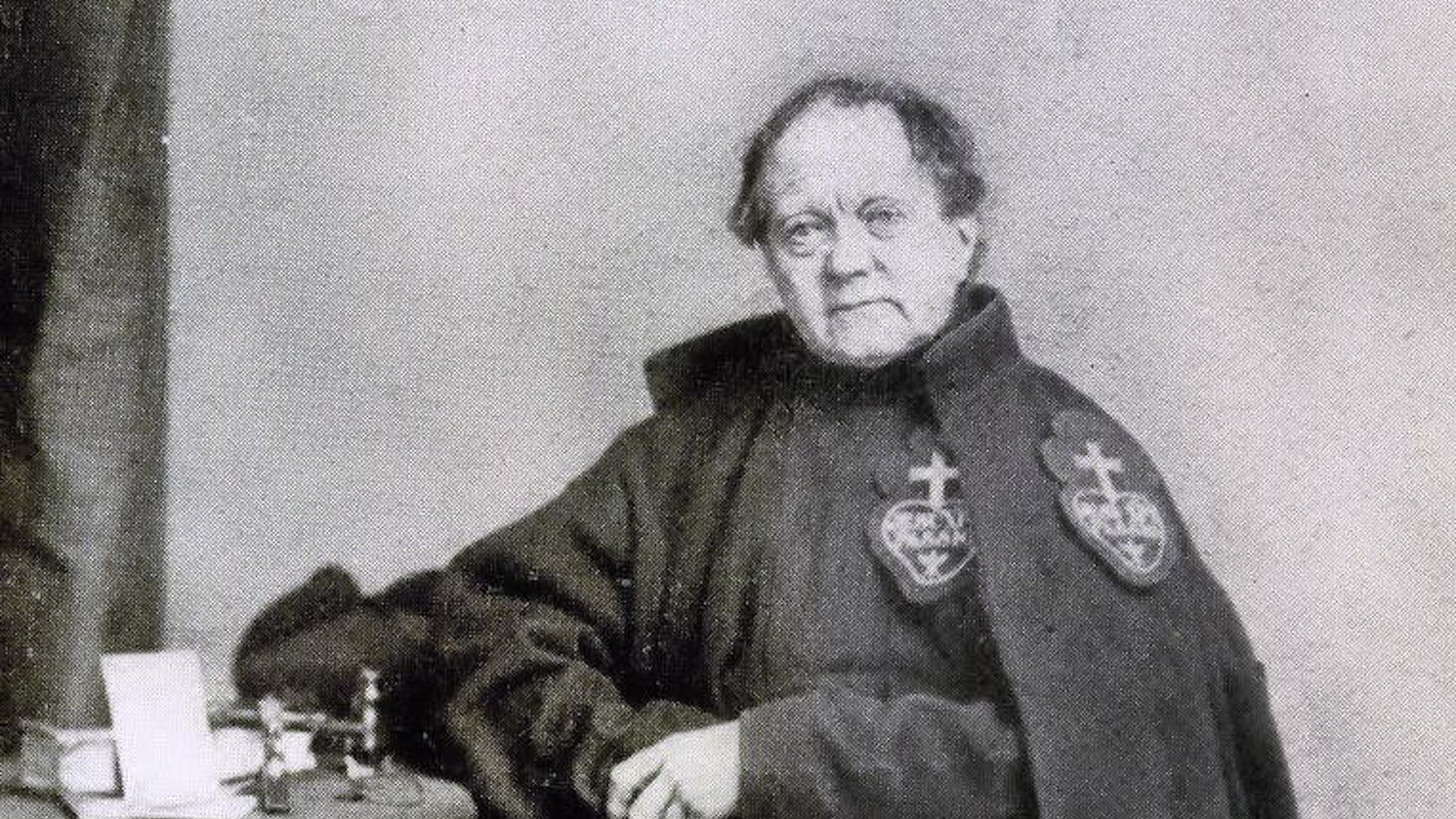 Father Ignatius Spencer is pictured in an undated portrait. On Feb. 21, Pope Francis recognized the heroic virtues of Fr. Spencer, a 19th-century Passionist priest and a relative of Princes William and Harry through their mother, Princess Diana. (CNS photo/courtesy Passionists)

Like St. John Henry Newman, Passionist Father Ignatius Spencer is considered one of the towering figures of the 19th-century revival of English Catholicism, often referred to by church historians as the "Second Spring." The Feb. 21 announcement means the Catholic Church is satisfied that Fr. Spencer lived a life of heroic virtue.

The search will now begin for two inexplicable healings at the intercession of the priest -- one to declare him as blessed and the other to recognize him as a saint.

Fr. Spencer is related to Prince William, the second in line to the British throne, and to Harry, the sixth in the line of succession, through their mother, Princess Diana.

A former Anglican clergyman who became a Catholic, he raised money to bring Blessed Dominic Barberi –– the priest who would receive St. John Henry Newman into the Church –– to England and petitioned the Passionists to send him.

Archbishop Malcolm McMahon of Liverpool said he welcomed the pope's announcement with "great happiness," adding that it was a "remarkable grace" for the archdiocese to have both Fr. Spencer and Mother Prout declared venerable within weeks of each other.

"These two Victorian Catholics are as relevant to the mission of the church today as they were in their lifetimes. They show us how to reach out beyond ourselves and respond to suffering due to poverty and deprivation," the archbishop said.

His prayer, he said, was that their shrine "will increase as a center of devotion and prayer in the archdiocese.”

"All three of these great disciples loved the poor and worked tirelessly for their bodily and spiritual well-being," he added.

He noted that Fr. Spencer "left behind a life of privilege, devoted himself tirelessly to visiting the poor, giving food and all his personal possessions to those in need.”

"His preaching and writings showed him to be a true disciple of Jesus, and in his daily life he lived out the passion of Our Lord in heroic fashion. His life of service is a true example to his living relatives, Prince William and Prince Harry, and is to be emulated by us all.”

George Spencer grew up at the family home at Althorp, where Princess Diana was buried after she was killed in a Paris car crash in August 1997.

He was educated at Eton and Cambridge but turned his back on a life of immense wealth by converting to the Catholic faith a decade after he was shocked by a scene in the Mozart opera "Don Giovanni," which sees the eponymous anti-hero conveyed to hell by a troop of devils.

Fr. Spencer interpreted his experience as a holy warning, and he went to Rome to train as a priest, eventually joining the Passionist order, taking Ignatius as his religious name.

On his return to England, the priest worked among some of the poorest people in the country, including migrants from the Irish Potato Famine, who were living in caves dug out of mining slag heaps.

He started the Movement for Christian Unity and has been credited for laying the groundwork of the ecumenical movement of northern Europe of the late 20th century.

He contracted tuberculosis from a workhouse in Staffordshire, but he died from a heart attack in 1864 near Carstairs, Scotland, while traveling to visit his godson.