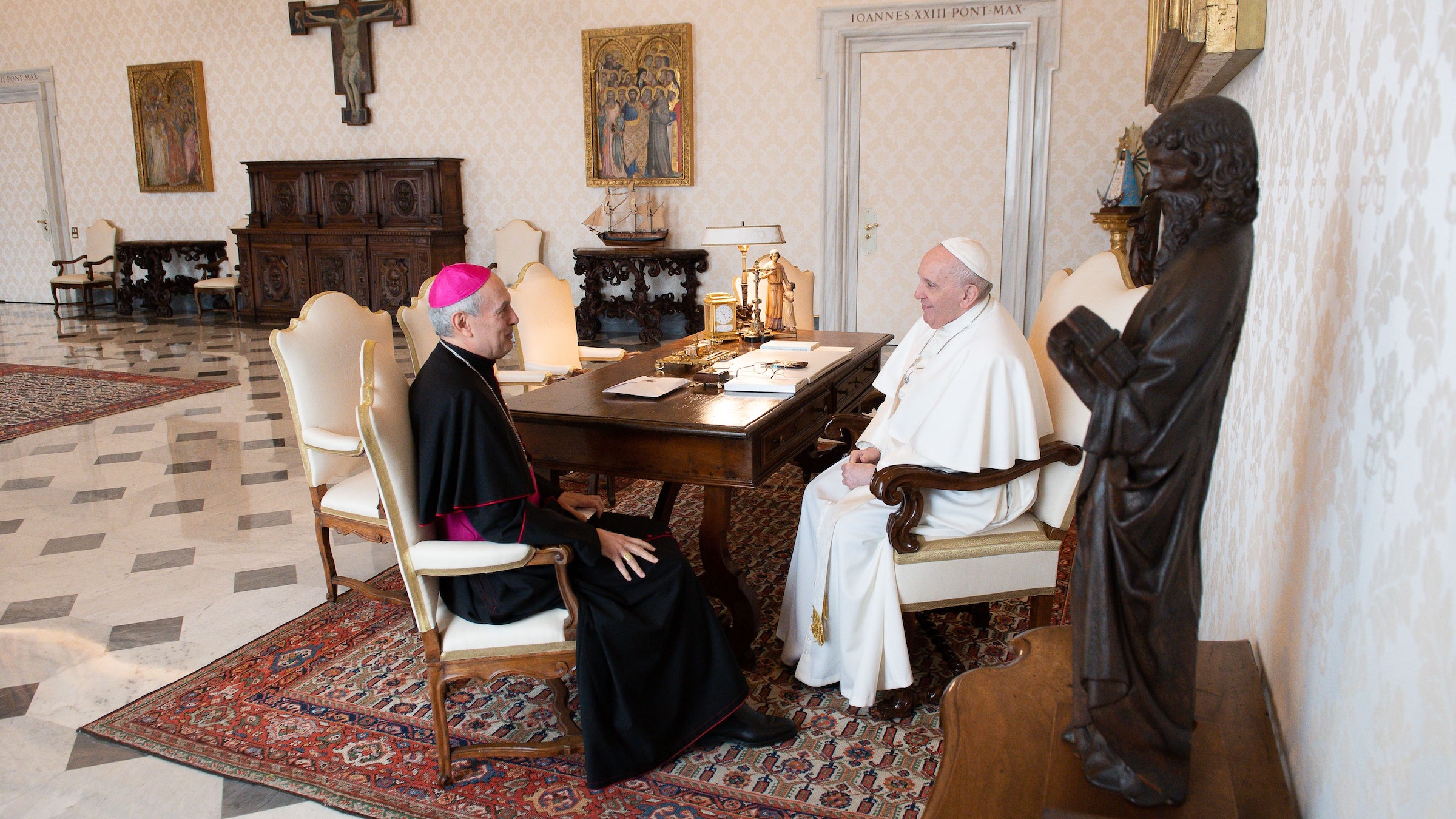 Pope Francis meets with Archbishop Gabriele Caccia, the Vatican's permanent observer to the United Nations, Jan. 11, 2021, in the library of the Apostolic Palace at the Vatican. (CNS photo/Vatican Media)

Often, in moments of difficulty, there is the temptation "to withdraw from others in order to save oneself," Archbishop Caccia said in an interview with Vatican News published Jan. 11, the same day he had met privately with Pope Francis.

But the COVID-19 pandemic has shown the importance of finding solutions together "because the world is more and more one big reality," he said.

After World War II, he added, "it was understood that the pursuit of nationalistic interests, or of the interests of only some countries, could not go very far, and the United Nations was created. I believe that also from this crisis, it will be possible to understand that together, there are more long-term ways to solve everyone's problems.”

Archbishop Caccia also commented on Pope Francis' frequent assertion that the "third world war" is underway, but it is being fought "in pieces" around the globe.

At the start of the pandemic, the archbishop noted, both the United Nations and Pope Francis called for a global cease-fire.

In "a moment of crisis like this one," the archbishop said, "it is even more clear that it makes no sense to put energy, to spend (money) on what isn't bread, on what isn't health care but instead on what destroys.”

"Only with a broader perspective can we find concrete paths, otherwise we remain prisoners of a logic that is destined to fail," he said.

Another issue exacerbated by the pandemic is that of immigration, which "is a truly global problem," the Italian archbishop said.

Archbishop Caccia said that "original solutions" to the immigration crisis can only be found through "closeness and welcome.”

"The important thing is that there is this will to face this problem with an open perspective and to consider that not only the numbers, which can be frightening, but also the names. Behind each name there is a story, a brother or a sister; it is not just a number," the archbishop said.