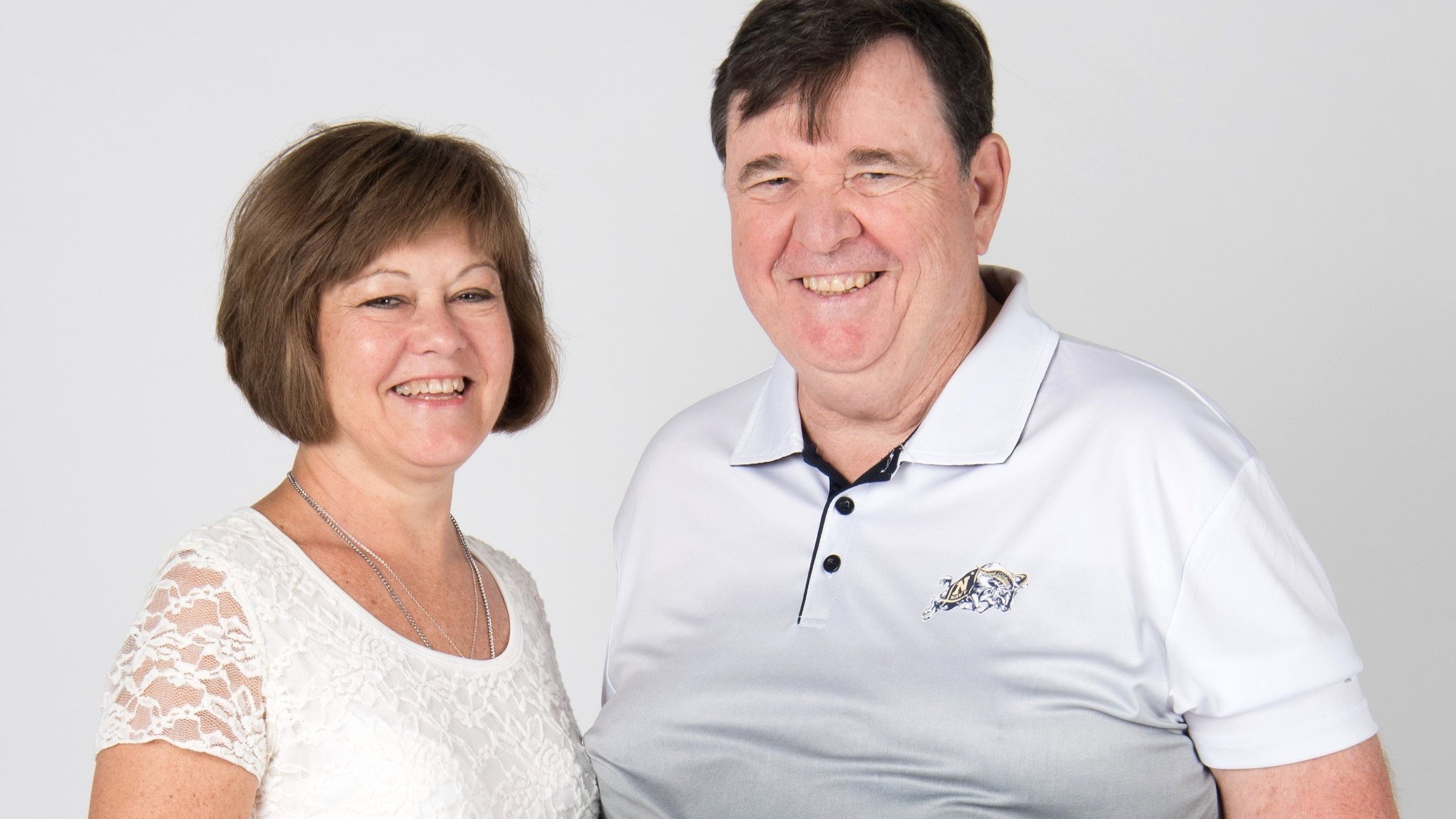 Sue and John Killeen of St. Charles Borromeo Parish in the Drexel Hill neighborhood of Philadelphia, are seen in this undated photo. They lead the Mary Mother of Captives prison ministry in the Archdiocese of Philadelphia. (CNS photo/courtesy CatholicPhilly.com)

DREXEL HILL, Pa. (CNS) ─ The walk from the front gate of the SCI Phoenix state prison outside of Philadelphia to the chaplain's office is exactly half a mile long. John Killeen knows it well.

He also knows the guards, the parole officers and the incarcerated people he is there to support and coach through their time in prison and their transition home.

He knows who to call in Harrisburg, the state capital, how to set up an inmate with a local telephone number and how to walk a released prisoner through each hour of the overwhelming moments of their first day out.

Rather than packaging his inside knowledge of the prison system into a sterile program -- the kind with which many inmates are all too familiar -- Killeen simply remains present to share when the time is right.

"There is so much need, but nobody knows what they are looking for, or if they do, they don't know how to get it," Killeen said of incarcerated persons and their families.

Killeen doesn't do this work alone. He and his wife Sue have been continuing the ministry of the Mary Mother of Captives support group, now run out of St. Charles Borromeo Parish in Drexel Hill for the past nine years.

The Killeens carry on the legacy of founders Jack and Sophie Weber, who in 1996 established the group to help family members survive the effects of having a loved one incarcerated.

More than a system or program, the work of the Killeens, and their parent organization the Augustinian Defenders of the Rights of the Poor, is a family of families facing a crisis.

While John's knowledge and guidance drive the transition program, Sue's heart carries the support group because she knows what it's like to carry the burden of seeing one's own child behind bars as she did with their son Jaime.

"Nobody gets it," Sue said, including "neighbors, family, pastors." Family members feel isolated as though they are the only ones in the world going through this experience. Mothers especially feel the shame of their child's incarceration.

During or before their first meeting with the support group, people are anxious about who else will be at the meeting and whether they will be forced to share something they don't want to share, Sue said.

Mary Mother of Captives is a way for participants to find people who will listen and understand one another.

Sue said she has seen mothers carpool to visit their children in jail as well as attend a child's court hearing together in support of the mom. Each group member's child is sent a card on their birthday.

The meeting format is simple. After an opening prayer, each person has the opportunity to share how they are doing, what is going on with their loved one in prison and how their family is coping.

Group members rely on one another for information, but everything shared is strictly confidential.

Mary Mother of Captives draws 112 families to St. Charles either in person or over the phone. The Killeens have ministered to people throughout southeastern Pennsylvania.

This large draw speaks not only to the need, but to the powerful connections and trust established between members. When the Killeens speak about the people they serve either in prison or out, it is like they are talking about their own children. John said many of his guys call him on Father's Day and Christmas.

Since its establishment, the group's service has grown to include sharing artwork and writing created by inmates and it circulates newsletters and videos that promote their human dignity.

The group, with the support of Augustinian Defenders of the Rights of the Poor, also runs a national pen pal program. What began as an outgrowth of monthly support meetings in which members would write to each other's imprisoned family members, volunteers now write to 900 prisoners in more than 175 state and federal prisons across the United States.

Often, the letter exchange is the only connection with the outside world for some inmates.

The Killeens want people affected by imprisonment to know they have someone to whom they can turn. The support group, transition program and pen pal program are open to people of all faiths.

Sweeney writes for CatholicPhilly.com, the news website of the Archdiocese of Philadelphia.