Pope blesses statue of Our Lady of the Miraculous Medal 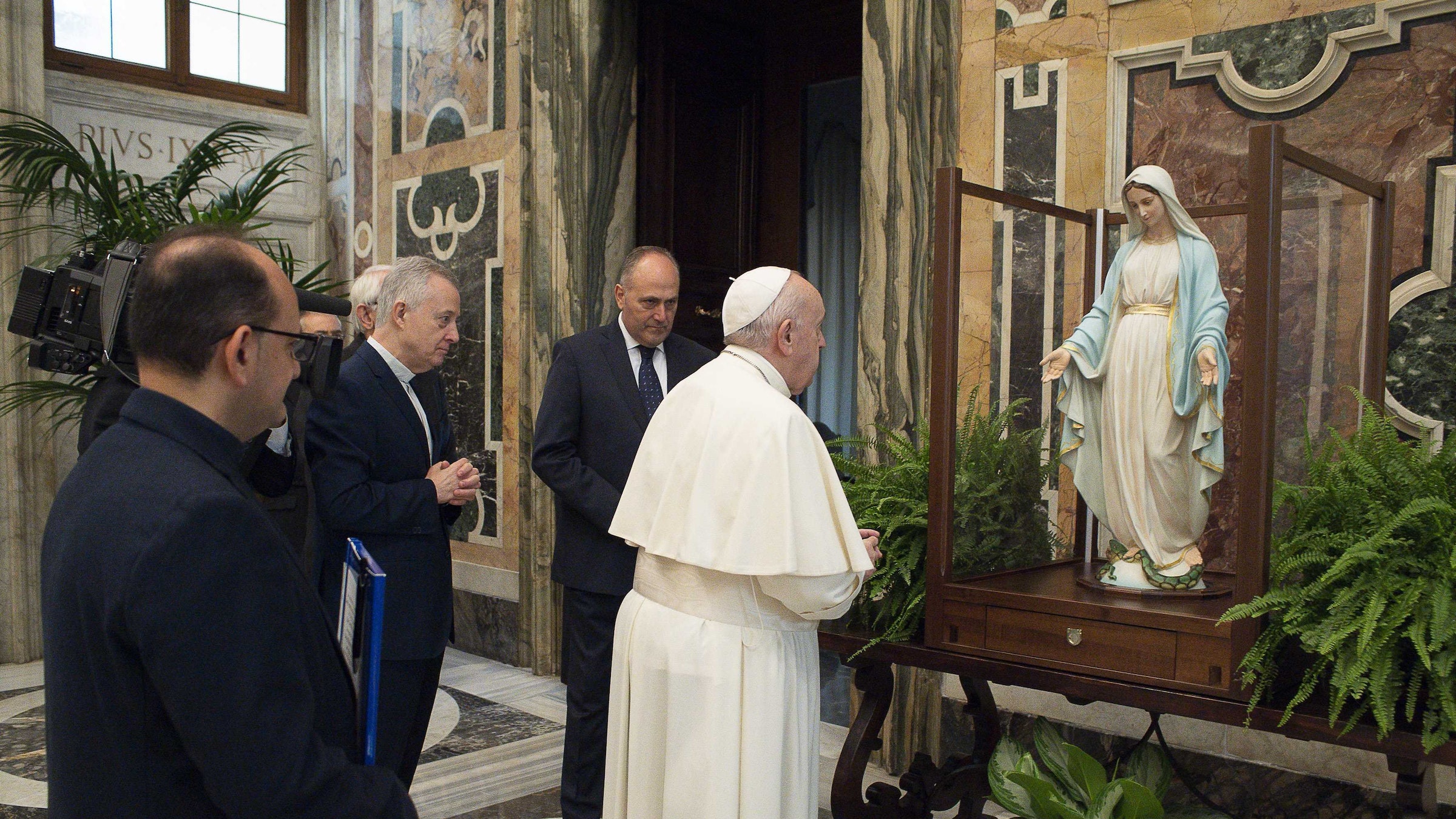 Pope Francis prays in front of a statue of Our Lady of the Miraculous Medal during a private audience at the Vatican Nov. 11, 2020. The statue was about to begin a pilgrimage through Italian dioceses marking the 190th anniversary of Mary's apparition to St. Catherine Laboure. (CNS photo/Vatican Media)

VATICAN CITY  -- Pope Francis blessed a statue of Our Lady of the Miraculous Medal as it was to begin a pilgrimage throughout Italy to mark the 190th anniversary of Mary's apparitions to St. Catherine Laboure.

It was during the second apparition, in November 1830, that St. Catherine said Mary told her to make medals of the image she was seeing -- Mary, standing on a globe, with the words "O Mary, conceived without sin, pray for us who have recourse to you" written as an oval frame around her.

Mary promised the French saint that everyone who wore one of the miraculous medals "will receive great graces.”

Father Tomaz Mavric, superior of the Vincentian Fathers, and a small delegation of people involved in organizing the statue's yearlong Italian pilgrimage, joined Pope Francis Nov. 11 for the blessing in the Apostolic Palace.